This weeks entry is one of the more basic features every CC3+ user should know, but I have seen even very experienced user forgetting about it's existence, and resorting to node editing tools instead.
When working with a map, next to symbols, the most used feature is CC3+'s drawing tools. These help us draw landmasses, terrain, contours, caves, floors, star fields and more. There are a lot of nice functionality built into the drawing tools, but at their basic level, they are just a polygon with a fill.
When working with a map, you often find that you need to change something you have drawn before, be it a landmass, a cave or a lake. Sometimes, it is easier to just draw it again, but at other times, you like what you have, but just wished you could do a small modification (or a large one). And this is exactly what the edit feature of the drawing tools are for. It helps you change the coastline, add an inlet or peninsula, add an extra branch to your cave system or manipulate the edge of your terrain. Using the edit feature correctly saves you from a lot of work when compared to redrawing the entity, or trying to manipulate it using node tools. And when done this way, both the polygon and the outline (if any) will be changed, no need to remove the outline, change the entity, then reapply an outline.

Start any non-smooth polygon drawing tool. If you look down on the command line, it should read
Tool Type: First point (E - Edit):
You can now press E to have the tool go into edit mode.
Note that if it doesn't have the E - Edit option, it is not a compatible drawing tool.

How to use it it 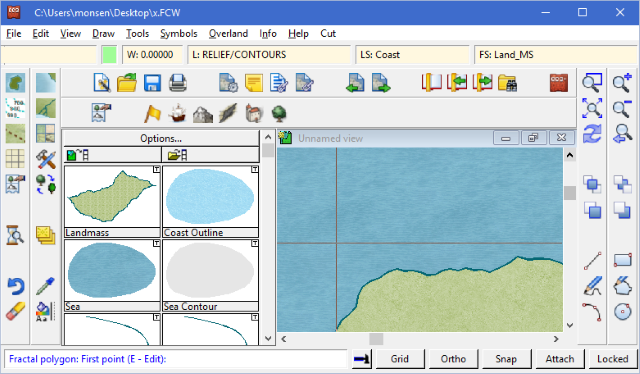 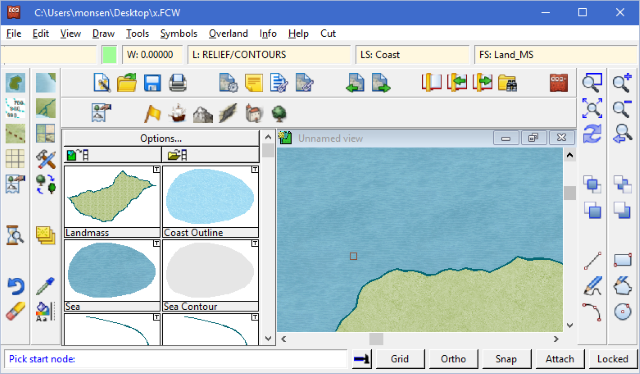 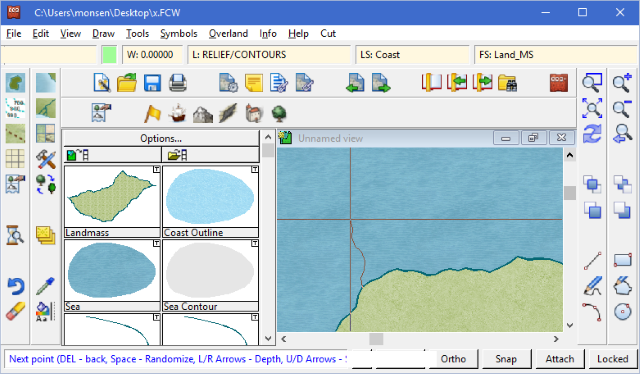 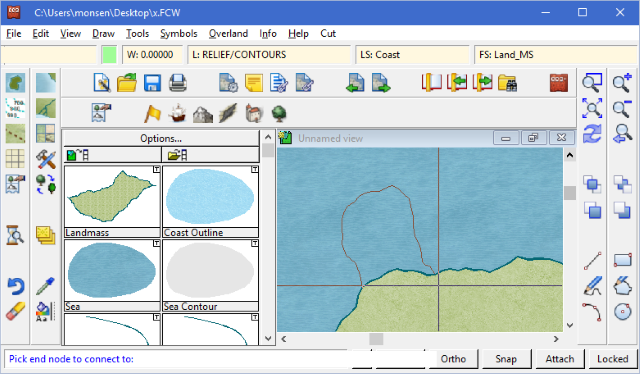 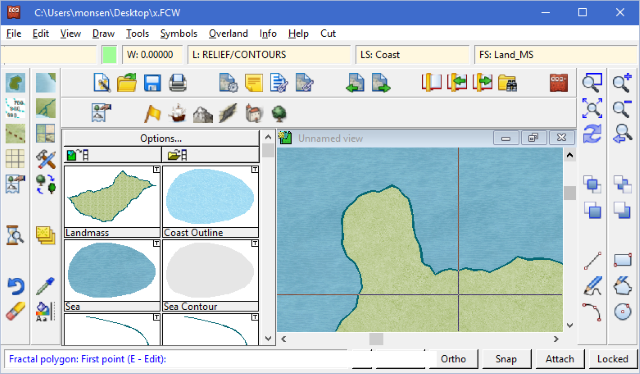