CC3+ has tools for drawing various basic shapes, like rectangles, circles and polygons. While the polygon does allow for a lot of possibilities, it still have it's limits. How can you draw a dungeon room with rounded alcoves for example? The solution is to combine multiple shapes into a more complex shape. In this week's installation, I will look at how to combine paths using the combine paths command to make shapes such as this. There is also another tool, Multipoly, which is great for a different class of complex shape. I will deal with that command next week.
The main focus of this installment is to explain the Combine Paths command, but we will also touch upon Line to Path and Path to Poly which are used together with this command

I'll describe this command through a mini-tutorial. Here we will be making a rectangular dungeon room with two circular alcoves. 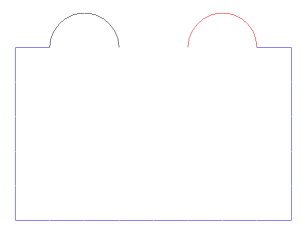 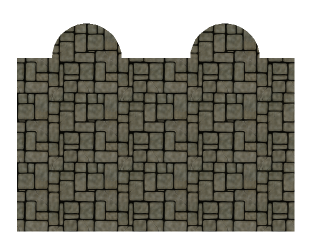 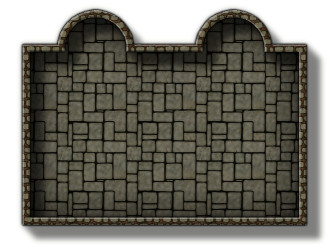