a large city, I have been putting off, now started

An evil, good, chaotic, evil, lawful city in a nation of the same type, nation if Kingdom of Lad-tod-quill. (Yes, sometimes I make difficult to pronounce names. I added the hyphens '-' for clarity.

One part of the city, 5000 x 4000 feet. Those are 200' squares. Multiple symbols sets, and different scales, to give a variety of locations. This is my version of the City-State of the Invincible Overlord.

The city is named 'The City'. 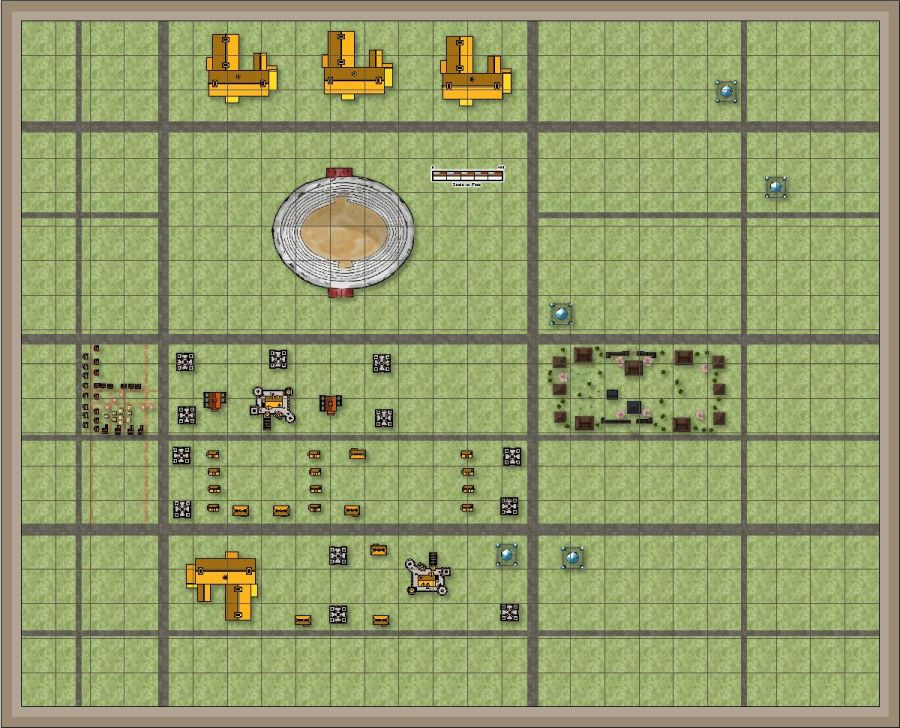 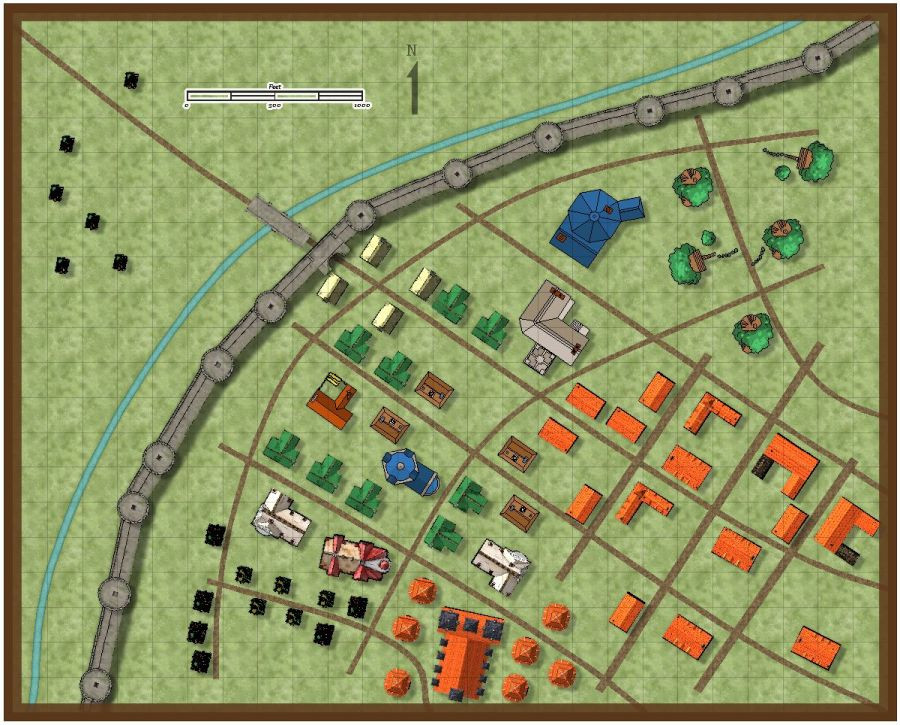 and the third map so far. They aren't connected. That will take additional maps. 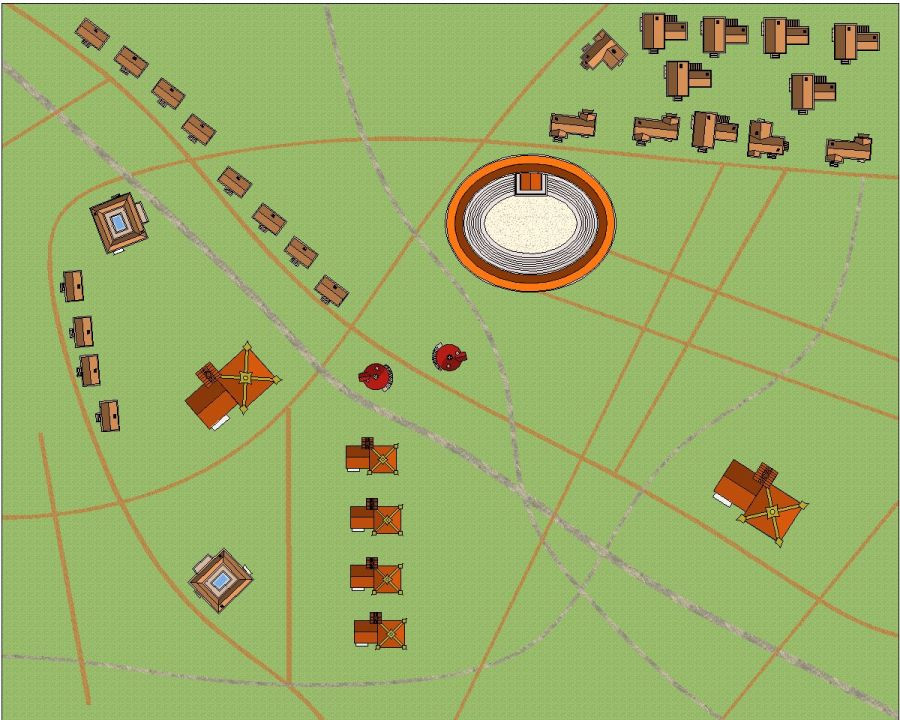 Yes, some of the houses could be better aligned to the roads. Some aren't intended, at least not yet, to be near a road.

I'm not even going to try and add footpaths to these maps. The smallest road is 10 feet. The largest are 60 feet.