Here is the dungeon below the ruins of the Abbey in Runcibor. 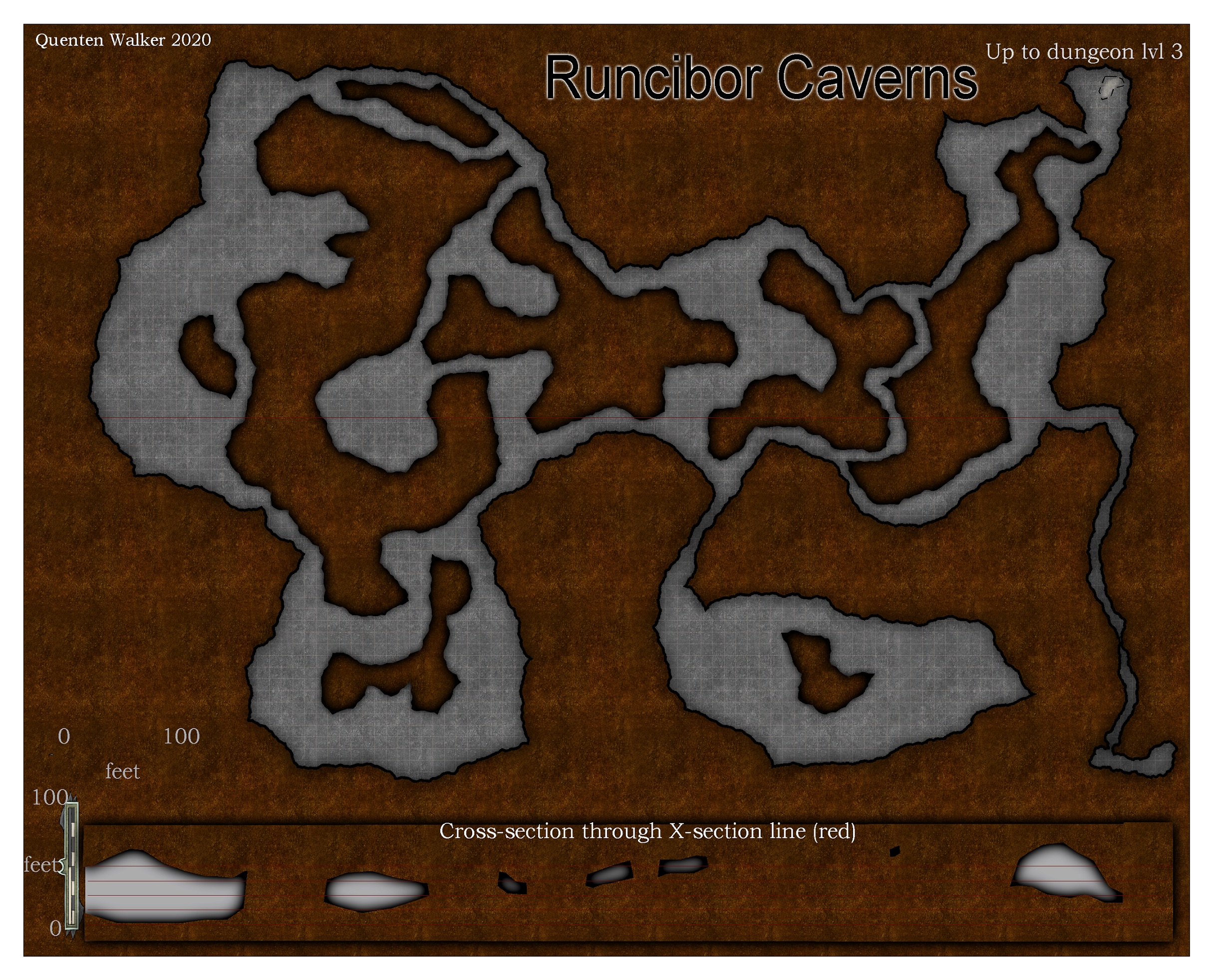 As a reminder. here is Runcibor:

I will probably change to X-section to show joining passage ways, by bending the red line - can that be done, ie would it be stupid to do it? 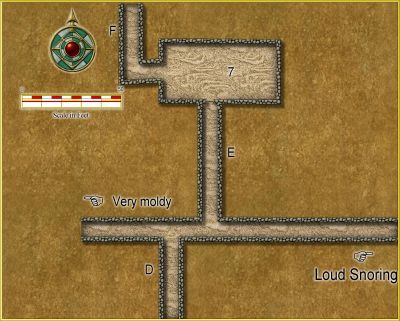