I'm working on a worldbuilding project, for which I want to make a global map.

This will be for a fantasy setting (intended for use with D&D), and I have a few considerations that I want to include/incorporate:

·        I really want the main settled area to be a Mediterranean-like environment, with a body of water central to many lands.

generally sub-divided into 5 large ethnicities, but ideally would have spots

where large, cosmopolitan cities would develop, assuming at crossroads, etc.

·        While not necessarily world-spanning, I expect the empire to be

quite large (central authority is not so much of an issue here, as the empire

is largely in name only). It also rests on the ashes of an older empire.

·        Magic exists in this world, however I want to generally avoid the

kind of arrangement that could only happen with the use of magic. I'd like a

considering a Pangea-like supercontinent. The main thought here is I want there

to be little reason to travel the oceans, keeping the action focused inward

instead. A few small continents/island chains would be fine, but there are big

nasties in the deep ocean, so any voyage would be risky.

·        The lands should be expansive enough to give room for nations,

Faerun). (Note: I love Faerun, just not what I'm going for here.)

I know that range is a little difficult to compress into anything smaller than a whole world, and I'm okay with there being plenty of distance between things.

What I'm seeking is advice on how to achieve these things on a map made in FT3/Wilbur. I have been learning on the programs, including Sue's One Day Worldbuilder (thank you Sue!). I'm at the point now where I'd really like to work to achieve a workable map for this purpose, and would like any advice or tips on how best to massage things so as to get as many of those considerations above into place. 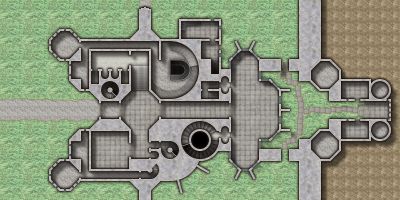