I've been trying to create a large city and its surrounding farmland, so I've decided to render the map in sections, and in some cases, create it in sections.

I've run into two problems so far and was hoping to get some help with them. First, in order to make it easier to reassemble the sections in a photo editing program later, I was trying to the make the segments uniform in size and slightly overlap. I was trying to use the grid for this, but while drawing tools and symbols snap to the grid, the selection cursor doesn't. I'm fairly certain that it did at one point while I was making the map, but it doesn't now, even with with the "Cursor Snap" checked in the switches menu of the grid system options.

While trying to figure that out, I rendered a segment of the map, and found these small transparent spots in the fields and terrain where they overlapped the background. 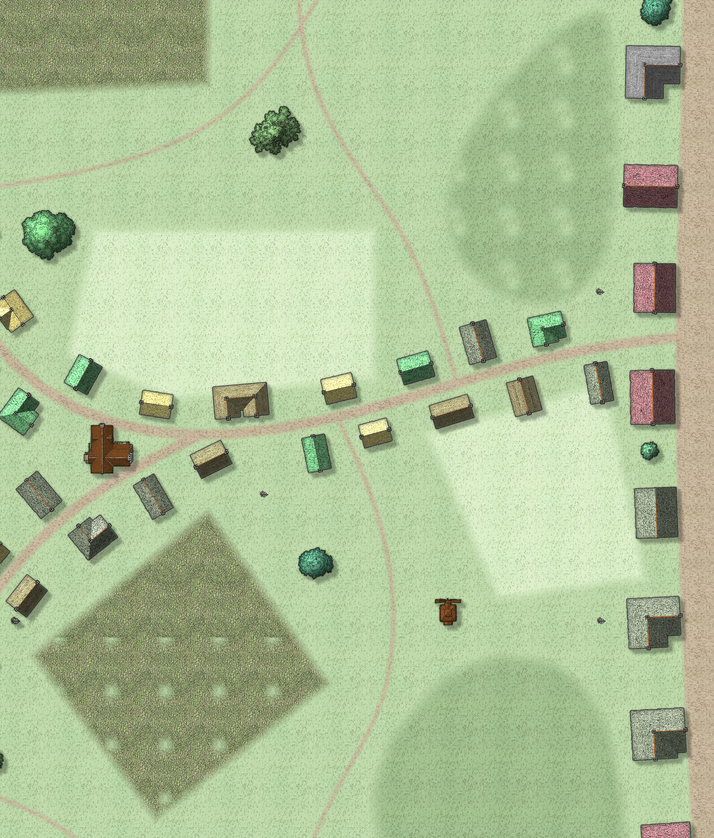 I appreciate any help on this, and apologize in advance if these problems have already been covered. Searching on forums is never straightforward...