This is the first map I'm creating with CC3+ without a tutorial. Many things might look a bit odd, but that's mainly due to my inexperience. The main problem I'm facing right now, is choosing which terrain to put where on my map. Before making this map, I've only ever used the default "Overland CC3" style and this is my first time using the "Overland Mike Schley" style. Even though I like this style, there are less terrain options than the default style has and I'm not sure how to make these terrains work well together. 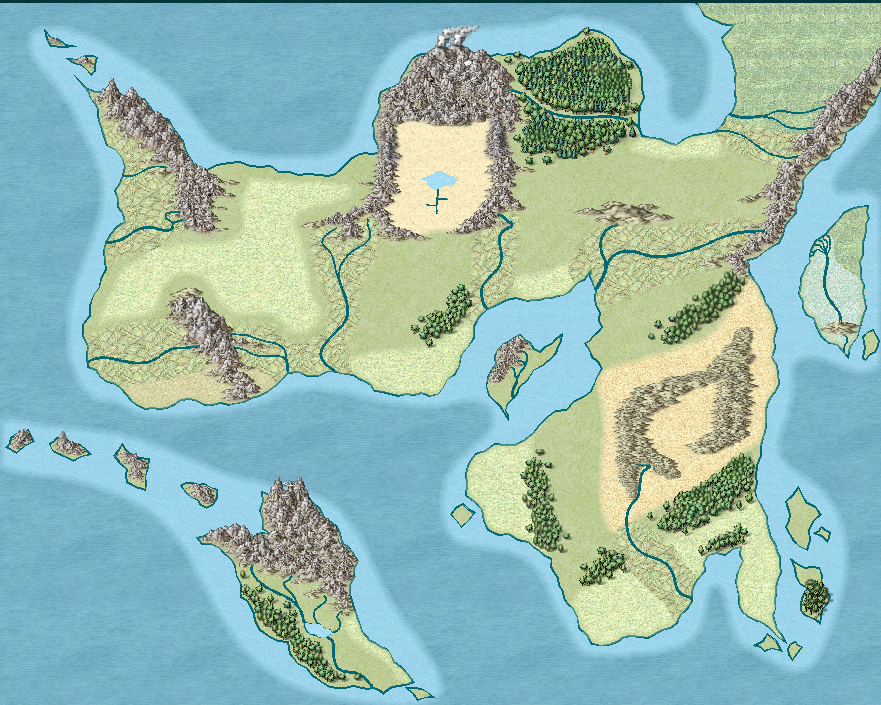 For example, I tried to put farmland around most rivers, but it feels a bit odd.

Plains are another big issue I have. Whether I put them near the shore or more inland, whether I make them big or small, it always looks off. (The plains here are just examples to show off my issues, this isn't what I want the final version to look like.)

I also don't really know how to make these terrains look good when they're right next to each other. For example, the island off to the right, I wanted to place both a swamp and a marsh there. I still need to put more vegetation there, but as it stands now, the border between the two doesn't look good.

I guess I'd like to ask you all if you have any advice where I should put which terrain type and how to make it look good?

Thank you all in advance!

PS: Some places on the map are influenced by magic. That's why they might definitely not be realistic, but I still chose to place them there.