Rise of the Runelords - Sandpoint Glassworks.

The campaign begins in the town of Sandpoint, and an important early encounter takes place in the Sandpoint Glassworks. 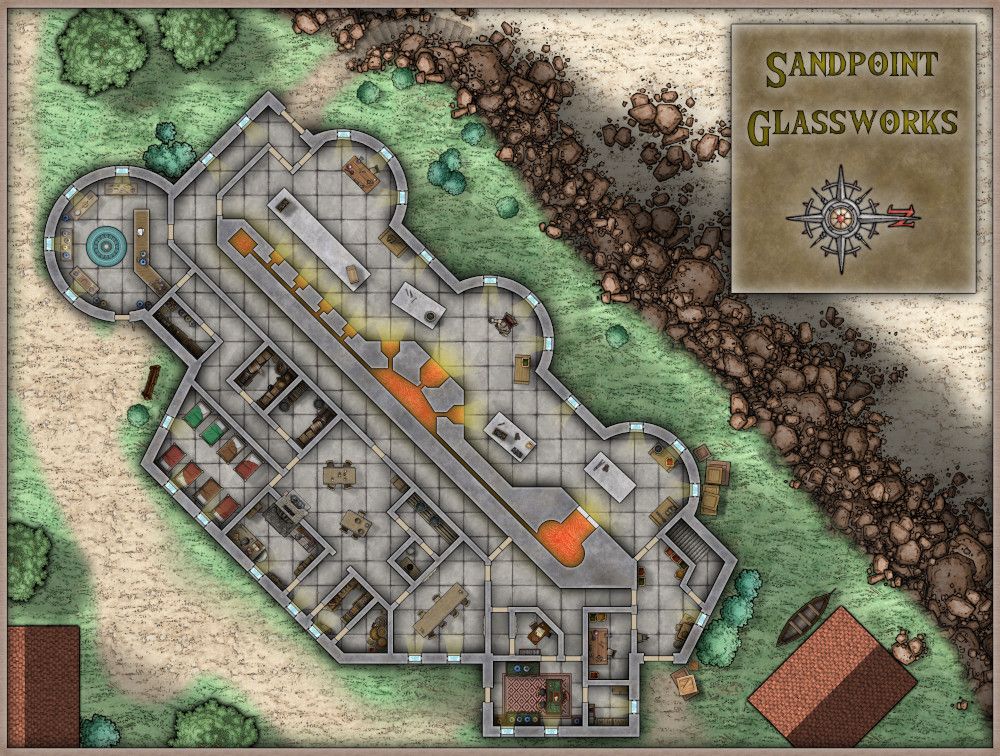 The map is complete, and I'll be printing a gridded copy to use on the tabletop (it'll fit - I checked! lol).

I need to create a map for the basement, and also for another nearby underground location, that is accessed via the basement, and I need to get both done by weekend. So I've not spent as long as I usually do messing with small details (probably a good thing). I've spent about two days working on the Glassworks map, which is faithful to the original published map.

I've also uploaded a higher resolution copy of the map (100px per square = 4100x3100px) to my gallery - click the image to be taken straight there.

EDIT: Fixed the link, which didn't go to the high-res map at first.
EDIT2: I forgot to add:
Outdoor textures and "nature symbols" are mainly from SS4 Dungeons of Schley, indoor textures are either SS4, or from the Jonathon Roberts Dungeons set.
Most other symbols are from Tom Cartos' Patreon, with a few from Forgotten Adventures. Doors and windows are all from Symbol Set 2B, which I seem to like a lot more than fancier doors and windows in other sets.