This is a WIP thread showing the completion of a map that was started a while back by Jerry Thiel. Jerry has done a vast amount of work for the Community Atlas, but sadly owing to Motor Neurone Disease is no longer able to map. I offered to finish a map of his choice for him, and Jerry sent me the FCW for a map based on the Michigan area south of the Great Lakes where he grew up. I also asked if Jerry wanted this to be a private thing, or if he wished me to do a WIP thread. Jerry chose the WIP thread option, so here we go... 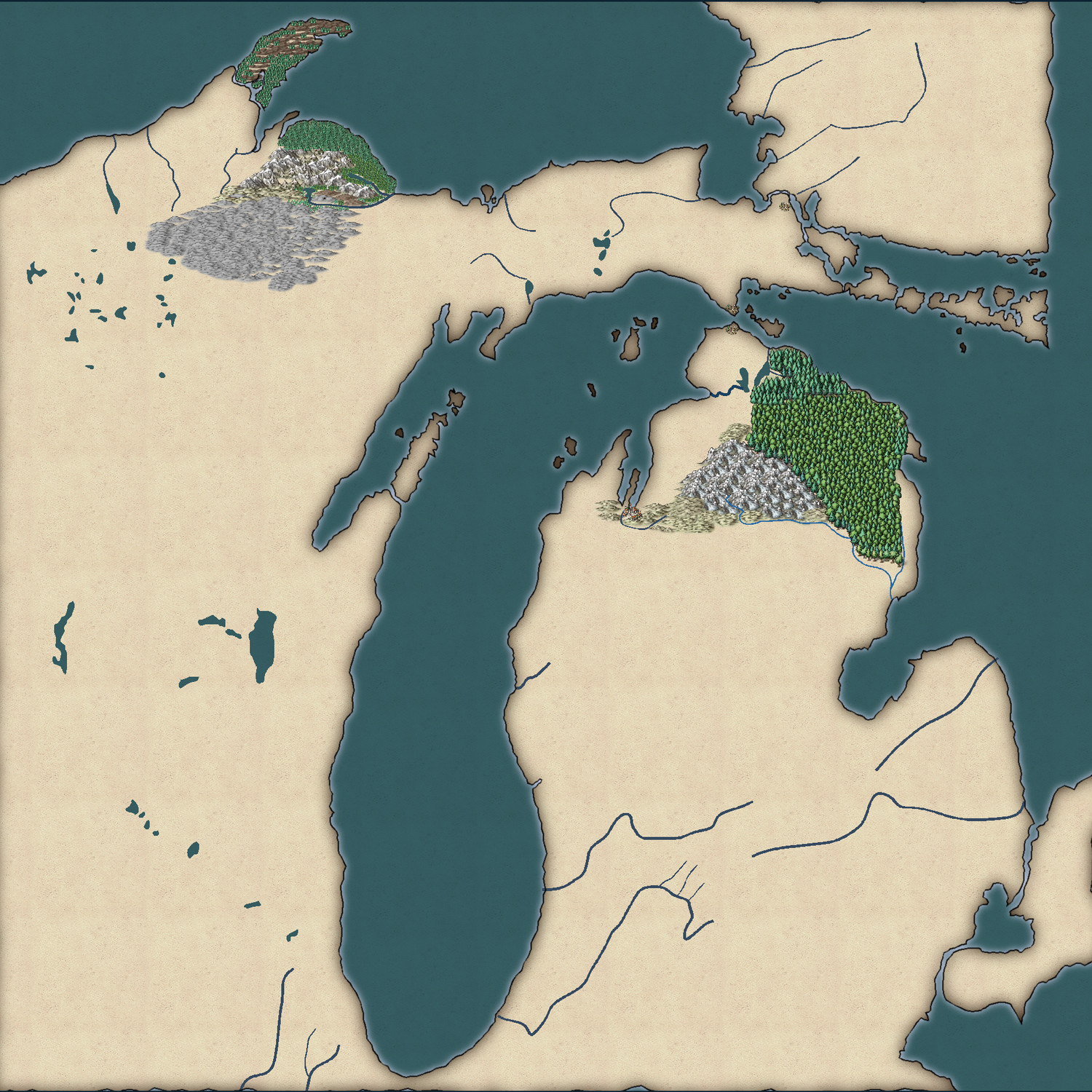 The map (which I have temporarily named "Jerry's Map") is based on the Michigan area around the Great Lakes of North America.

This is what Jerry had to say about the continuation of his map:

"Use any style you want. I was planning on a fantasy world. The big village would have been called "City of the Grand Traverse." The early French explorers called the passage across the large bay from the peninsula tip east, the Grand Traverse, as it shortened their canoe voyage significantly.

The two villages facing each other on the Upper and Lower Peninsulas I pictured as the capitols of two antagonistic city-states.

The narrow peninsula running north from GT Is called Old Mission Peninsula after a small mission church built to service the local Indian reservation. The northern tip of the on the 45 latitude and there is an Indian legend that warriors would gather there on the summer solstice to shoot at the sun to cause it to turn back to the south so that it couldn't escape to leave the world in eternal darkness."

Jerry - please feel free to comment and guide as we go. It is, after all, your map I'm working on :) 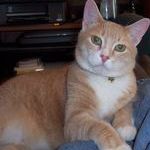