For background information, the world I'm mapping is an attempt at a loose revision of the 6th century which will assume that mythological events and the places that they refer to are real, though of course the exact version of the mythological events will be different. At present I'm mapping something like the "world-system" that existed around 12th century b. c. e., which comprises a rough equivalent to the area between India and Spain in our world.

A little while ago, for a Facebook challenge, I presented the following island which was based very roughly on the geographical region of Connacht, in Ireland, although in retrospect its too large. There is a second island, to its south, that I originally intended to base off the old Irish province of Ulster, but am now thinking of dividing up between Leinster and Munster, and then having Ulster on the mainland even further to the south. I should note that the region is being mapped in the southern hemisphere, so that south is toward the pole, which should explain my thinking. These three areas, would then have roughly the same area as Ireland, though Leinster and Munster would be smaller, while Connacht would be much larger than it was historically. Clearly I should have planned better, but I just kind of dove into the challenge without thinking about all of these intricacies.

Anyway, regarding this island, the straightness of the eastern coast bothers me a little, and I had explained it away by referencing the straight coasts that do exist in the world (ie. the Iberian peninsula). I can't shake the feeling that it still looks unnatural though. I'm wondering what others think? 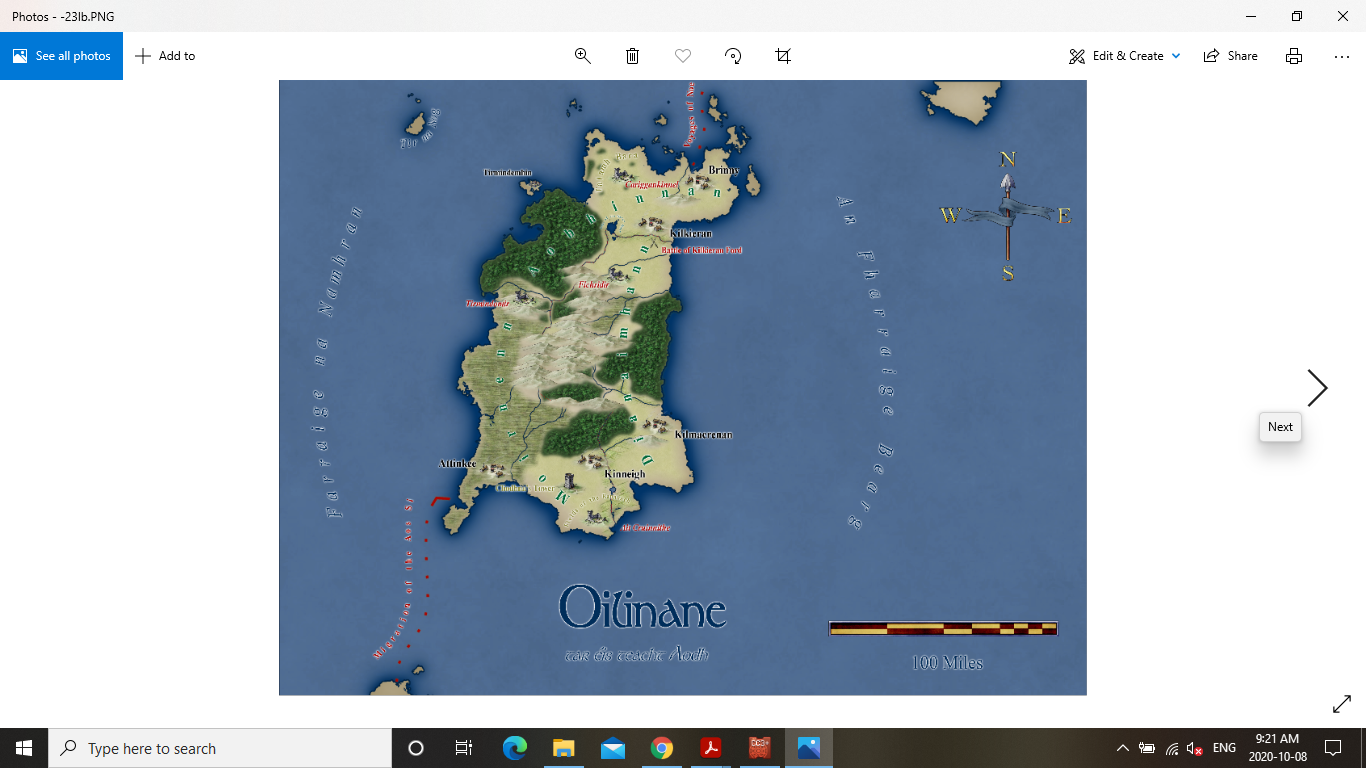