mike robel 🖼️ 4 images Surveyor
March 2020 in Mapping with ProFantasy's Software
After many years of trying to find out how to buy current German topographic maps, I finally did so and bought the 8 1:50000 maps that make up the core region of the battle area for my game. As a comparison of the difference of the two, the first shot is the 1:100000 map which has a rectangle in blue showing the area of the 1:50000 map. The second map is the 1:50000 map itself. A little test showed it is much easier to zoom into the 1:50000 map and manipulate it to draw the game map over it.

Physically, both maps are the same dimensions, but of course, the 1:100000 map covers 4 times the area.

The next thought was how to combine the maps.

Option 1. Cut them and scan them individually (requiring four scans per map and then assembly them), compose each set of 4 into a single map, cut the digitally to remove excess material, then combine them digitally to make the final map.

Option 2. Cut them and assemble them manually, then scan them in sections with the hand held scanner I bought which will do 8 inch x 68 inch sections), then combine the scans.

The game map size will be smaller this way and therefore cheaper to reproduce in 11 x 17 inch sections for play.

The hexes will be 3 km wide, but they will physically be larger on the new map, making it easier to move counters around. I will be able to test on my original map since the hex size is what is important, not the actual size.

Does anyone know of an application that will allow one to define a trapazoid rather than a rectangle to select/crop an image? 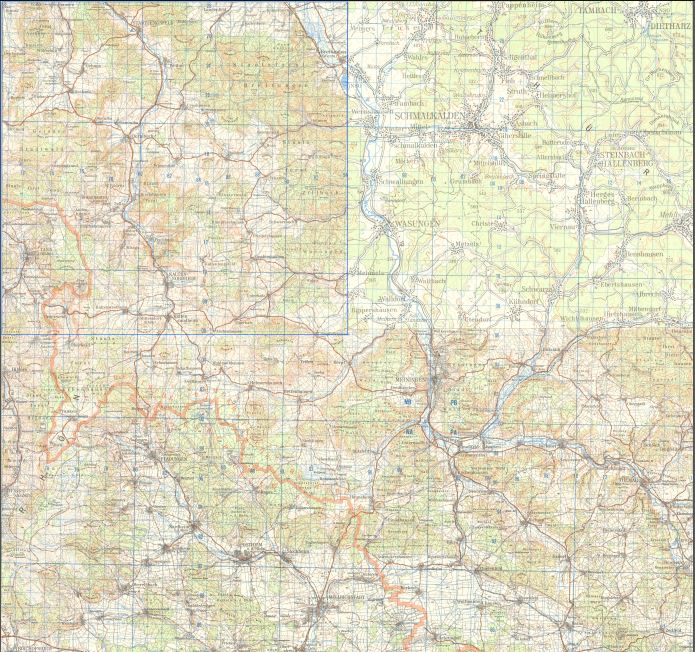 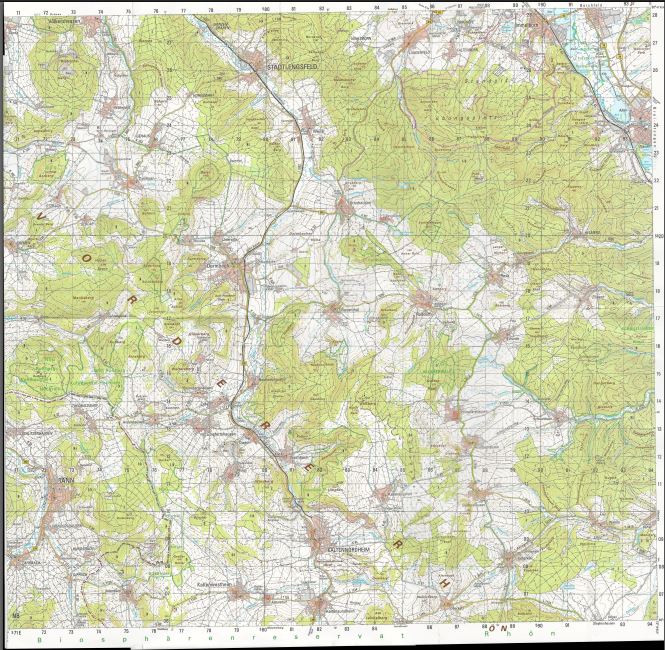 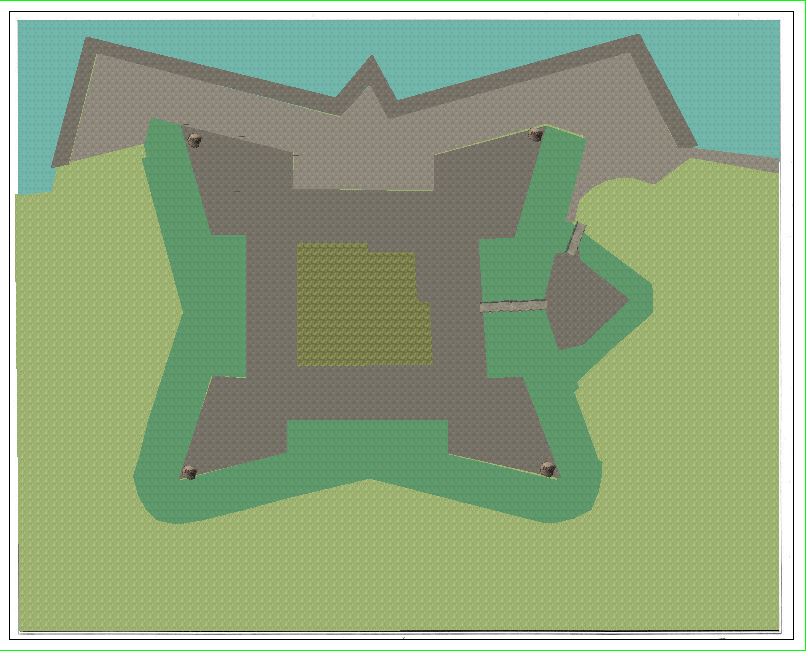 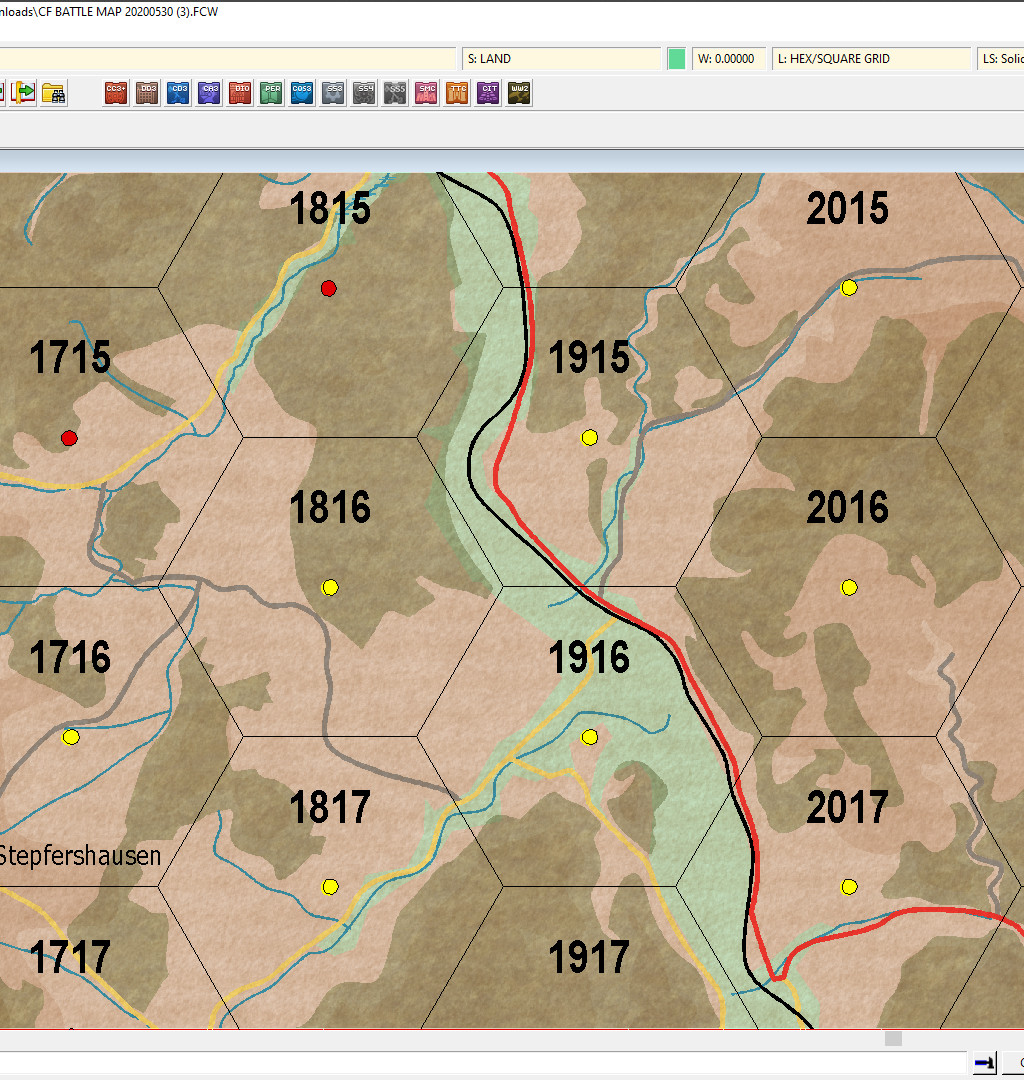