But doing the maps is a bit more difficult to mimic when it comes to the mountains. Insofar as I can tell, the area seems to use narrow lines for shading and most things are filled in. The tops of mountains or other spots occasionally have no lines. Also, the tops of mountains seem to have the contour line, while the rest just have shade lines drawn.

Here is the style of map I am trying to replicate. The map is on the front, page 7 I think. You can zoom in for detail.

So here is the maps I've done so far. Any suggestions on what I should do with the map to better mimic the 1872 style? 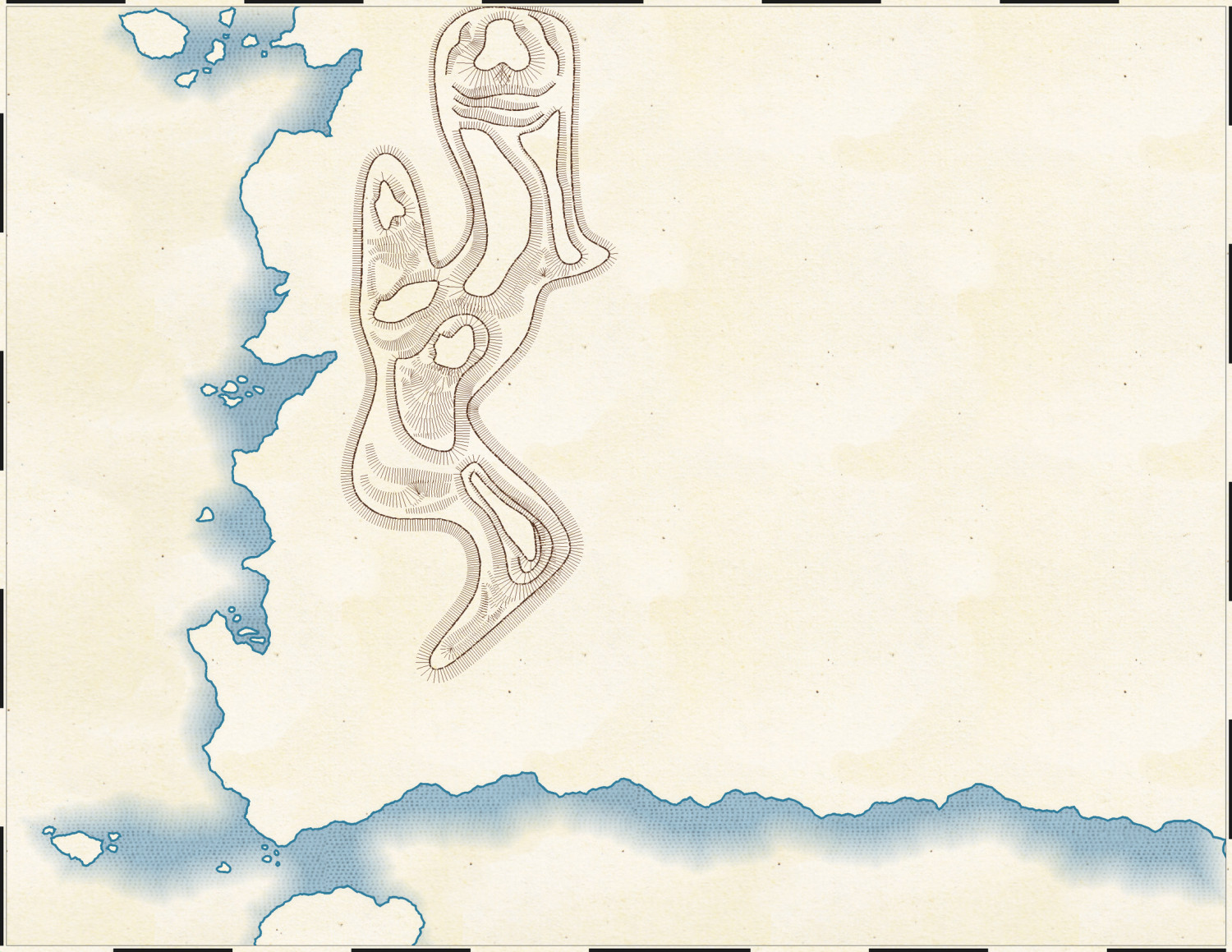