How to Create Decorative Symbols by Tracing

This is a tutorial for creating vignettes / decoration symbols out of rounded polygons by tracing existing images.

I've more or less stumbled upon this method, after I wanted a spider to decorate a map and could not find one exactly like I wanted, so I drew/ traced it.

Step One: Determine what you want for your map.

Based on the opinion of a certain younger member of our household, I'm going to use a unicorn as an example. It should be suitable as a crest, stamp or as a general map decoration.

This image could be any drawing, picture or even photo. The most important thing is that the general shape of what you want to trace matches what you want.

Please keep copyright in mind if you are planning to use the created symbol for a map you are going to publish. I try to use public domain images whenever possible.

After some searching around, I've found this public domain crest on Wikipedia: 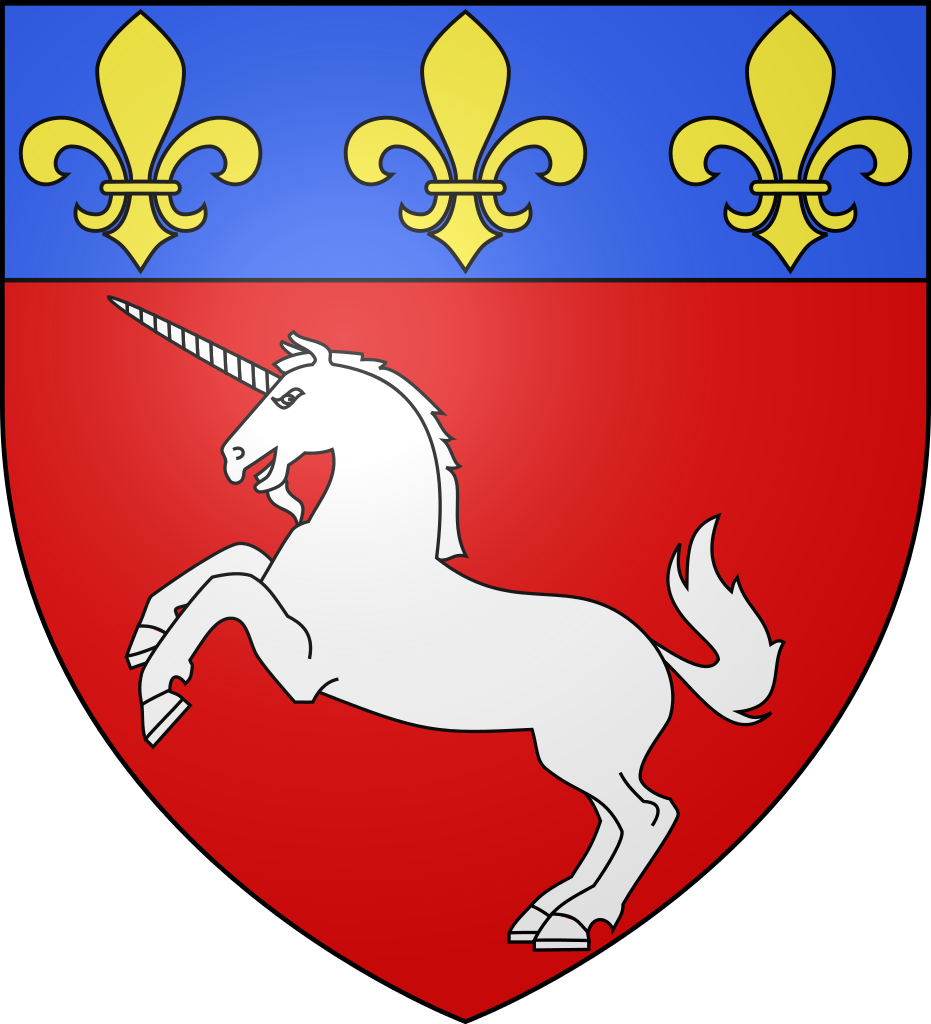 Step Three: Think about any possible changes you'd like to make:

You can mark these changes, or just keep them in mind.

I don't really fancy the „beard“ of the unicorn, so I plan on leaving it out. Also, I'm thinking about modifying the mane, so that it has more „folds“.

Step Four: Prepare the trace and upload it into your map

Cut away any parts of the image you don't need for tracing. 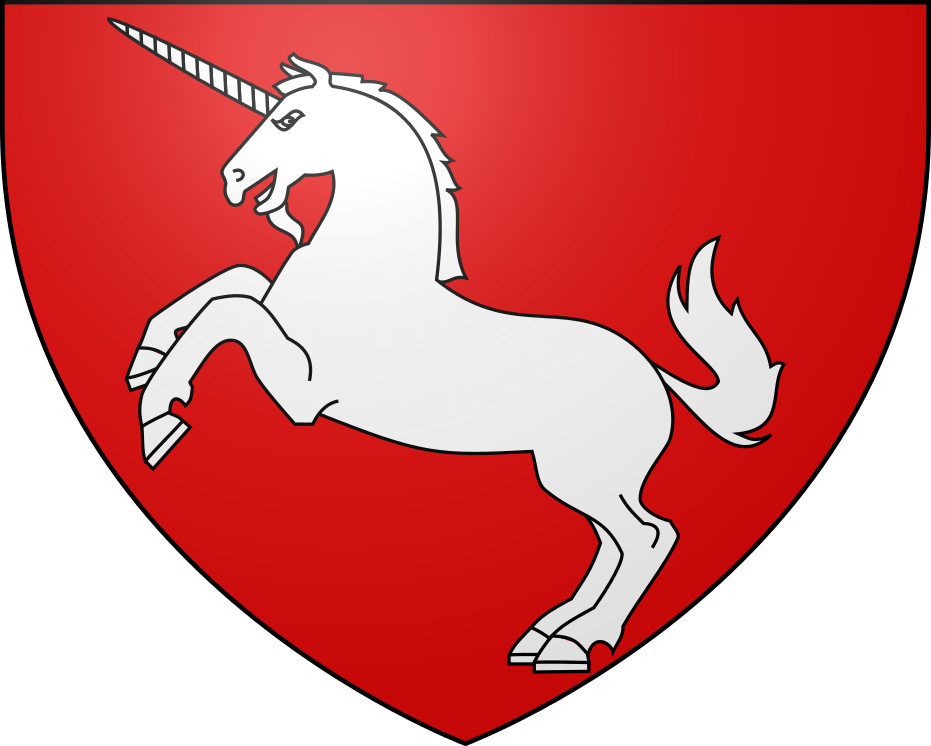 Open the map where you want to put the symbol 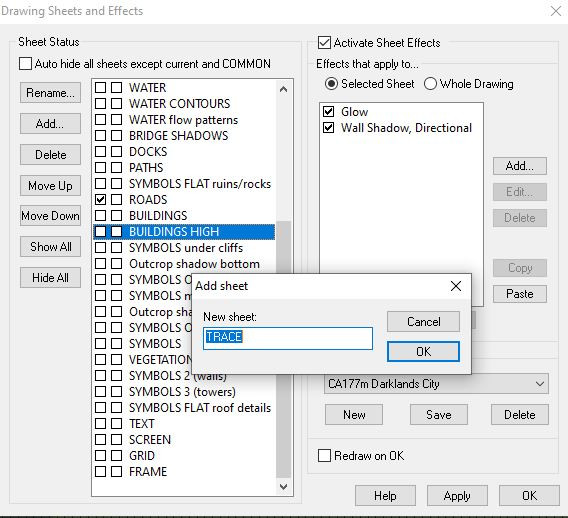 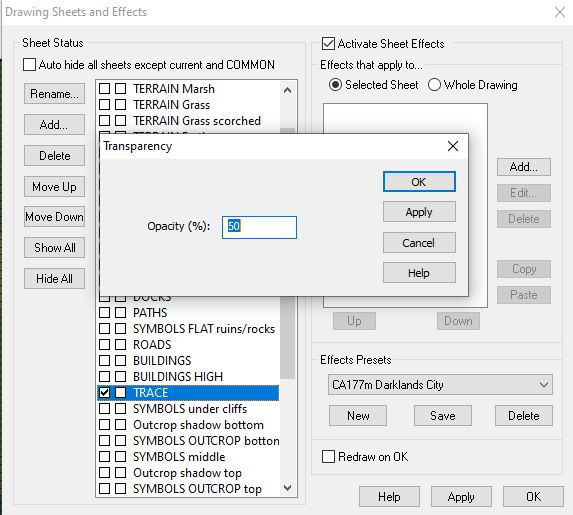 Put the trace image into your map by using the „insert file“ option of the „draw“ menu. 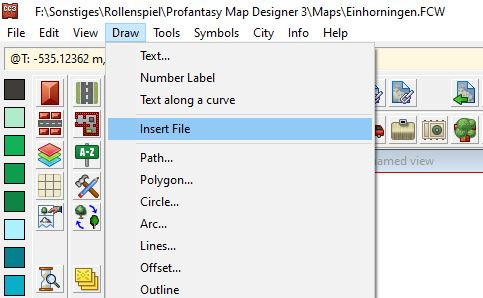 If you are working on a map that's already filled with other objects, put the trace image outside of the map boundary, so that you have a clear workspace 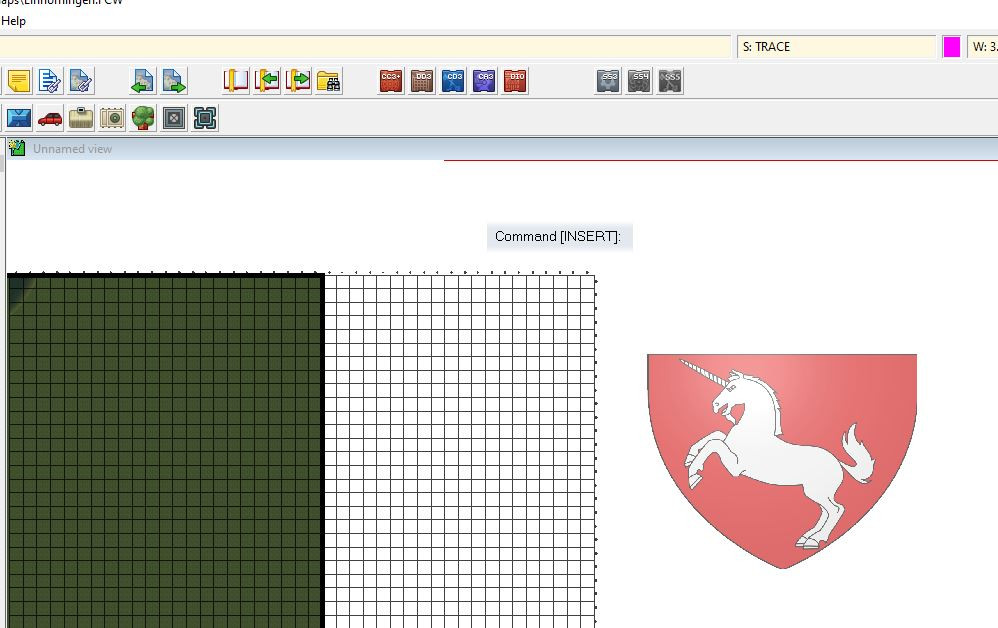 Make sure that the image is on the „trace“ sheet.

Step Five: Set up a separate sheet/ layer for what you want to trace

This can be skipped (Sometimes I just put my vignettes on the text sheet, if they share the same effects), but it will help selecting your traced image.

I create both new layers and sheets, named „Unicorn“ and "Unicorns".

Choose a solid fill with a colour that's different to the colours in the trace. I've chosen dark green.

I also put a Colour key effect on the unicorn sheet, because I want to use it while tracing.

I put the „Unicorn“ sheet just beneath the „Trace“ sheet. You can put it above the trace, if you prefer.

Select the „Rounded Polygon“ tool and fill the trace with rounded polygons, separating it into manageable sections.

Start with the hooves. Zoom in. 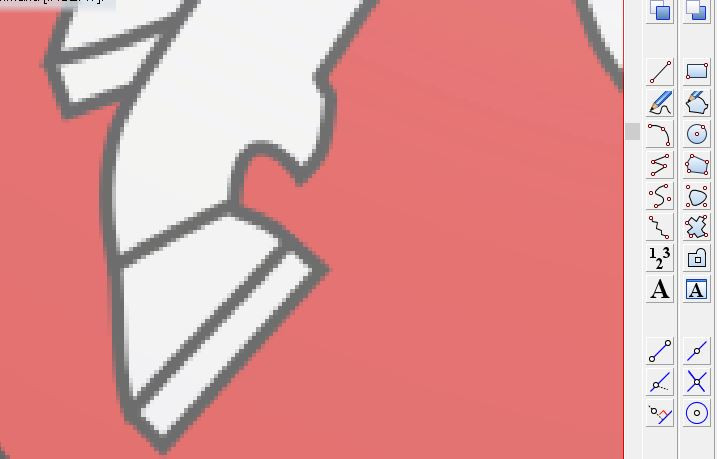 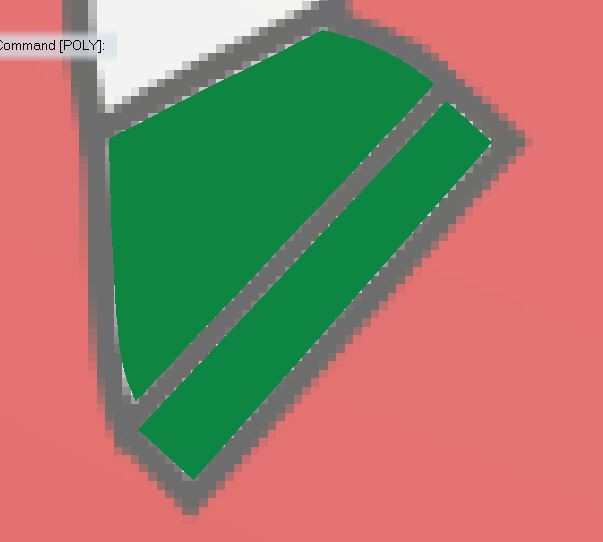 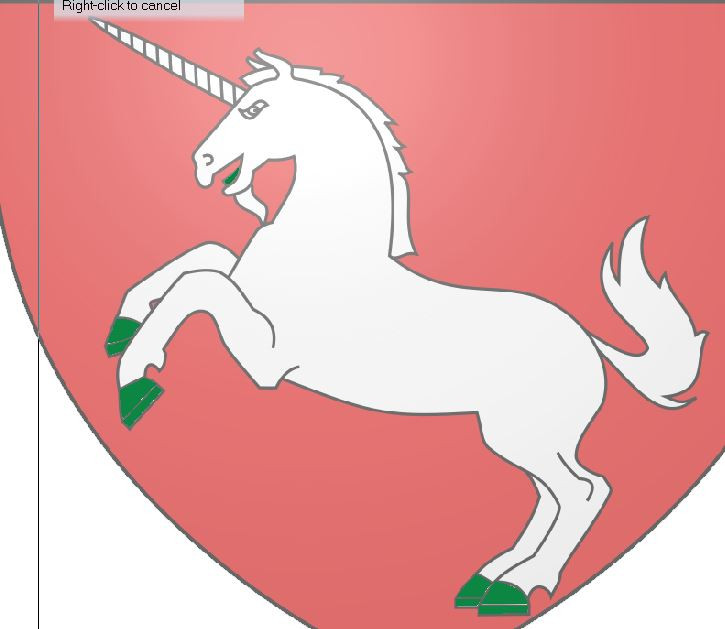 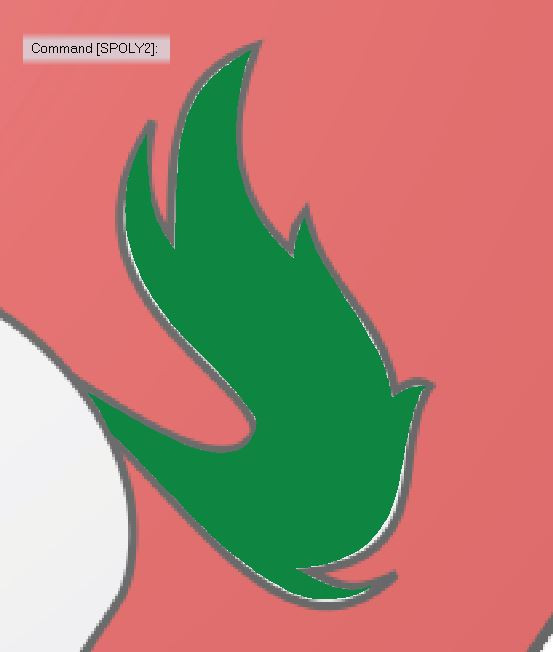 Mane and some horn sections. Note that I've added a few more „ mane folds“, compared to the original image. 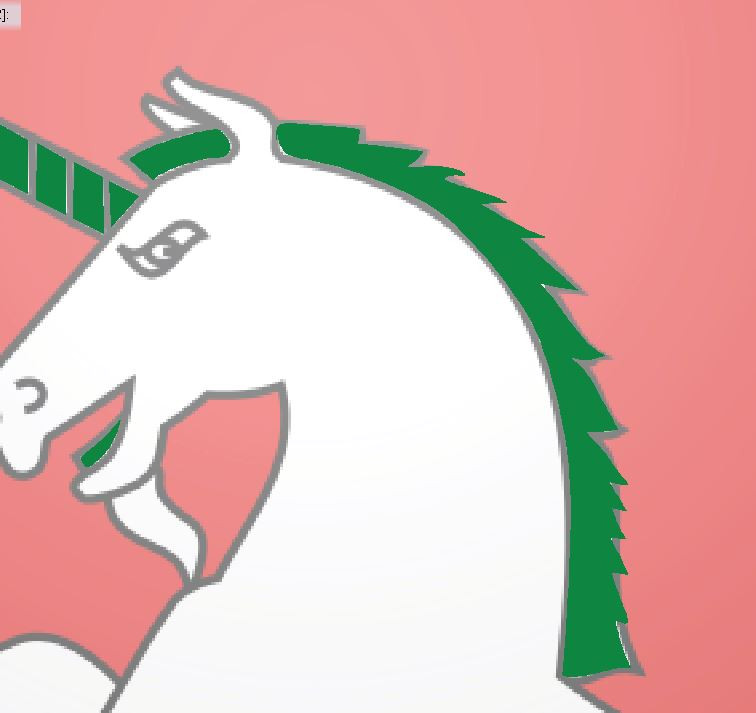 This is how the image looks without the trace so far: 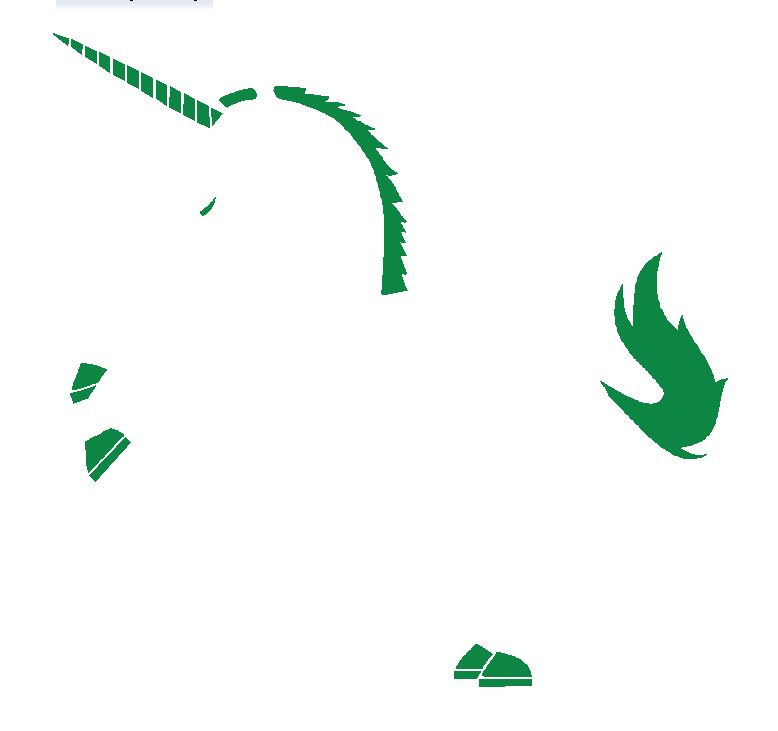 Starting with the head 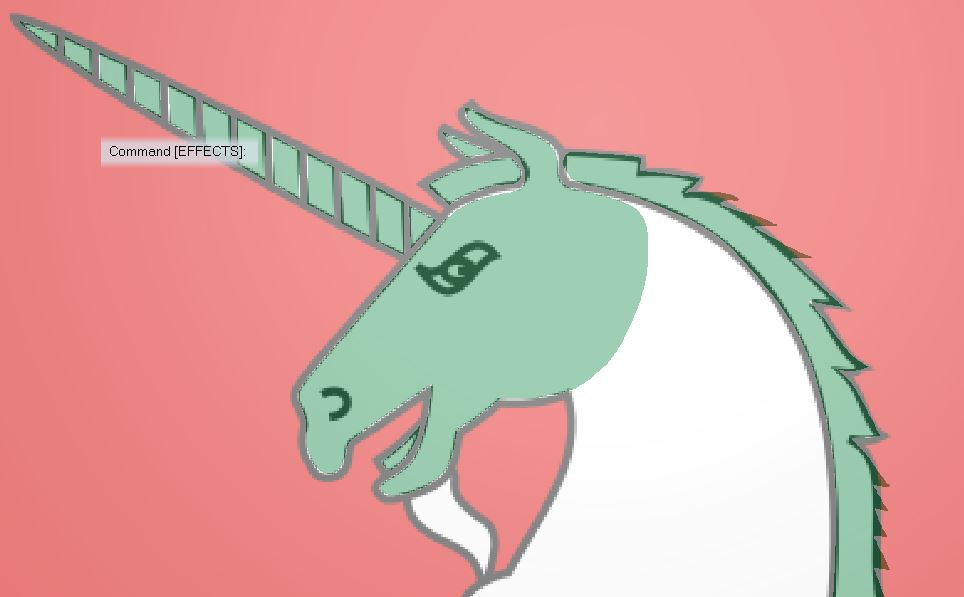 Cutting out the eye and nose using colour key. I used a polygon instead of lines for the nose, because I think this will work better when rescaling. 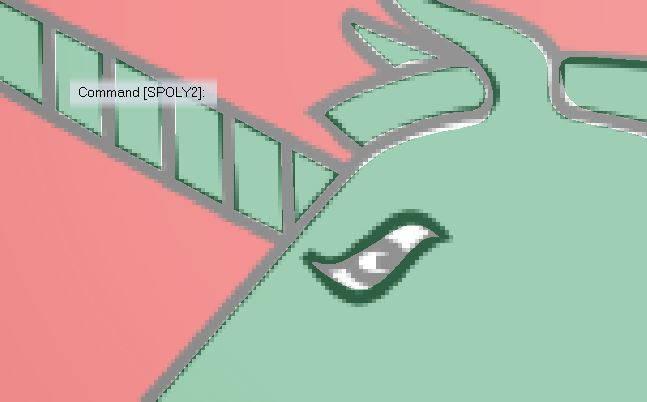 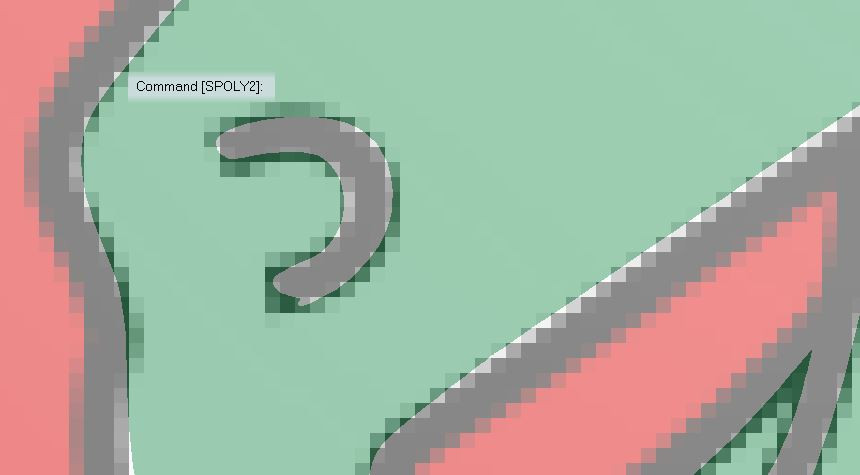 The show so far: 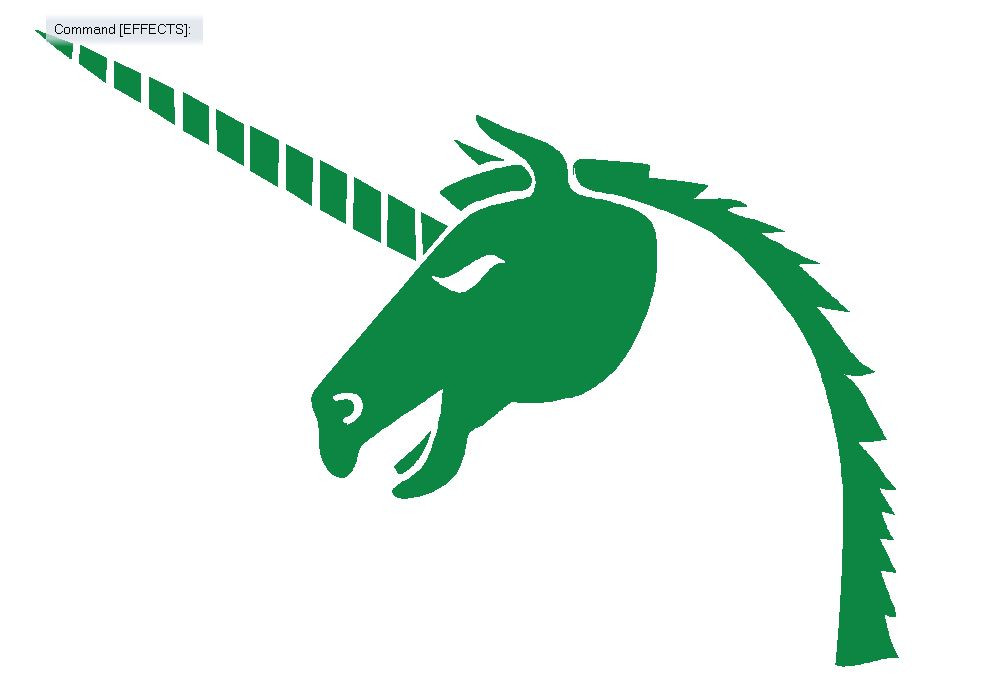 I continue tracing separate, slightly overlapping sections of the body, adding another colour key „cut out“ in the hind legs. 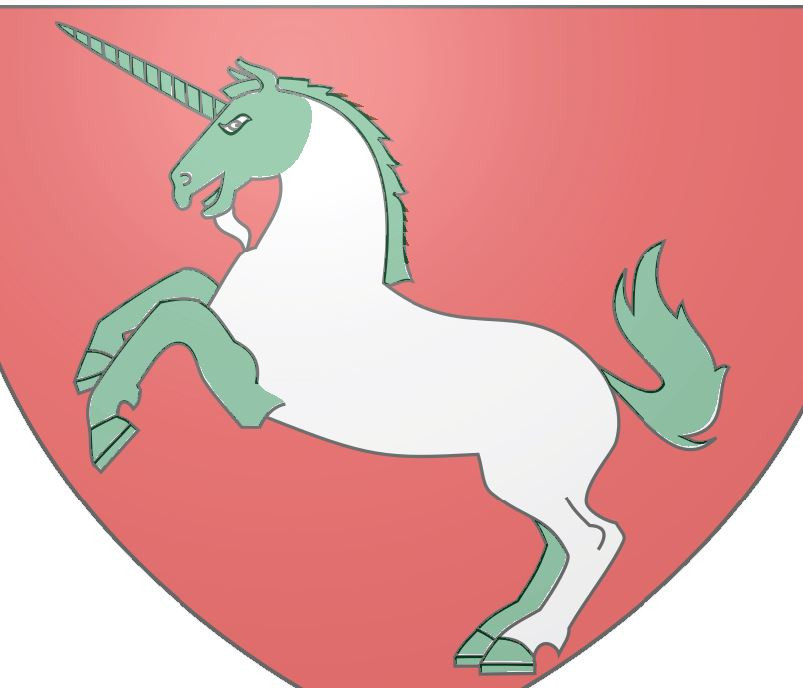 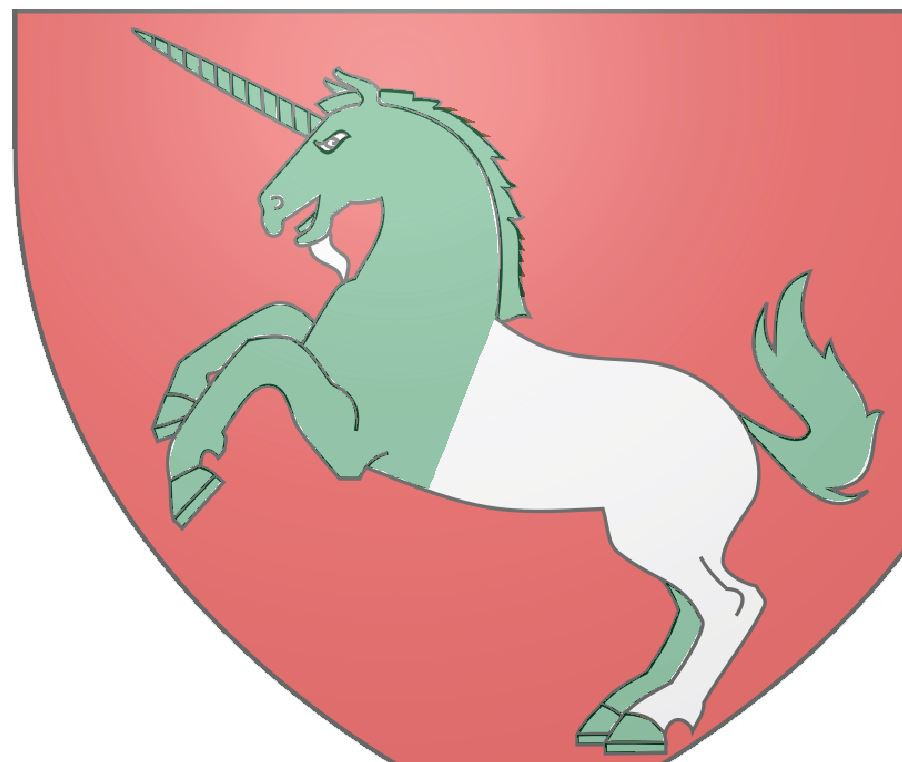 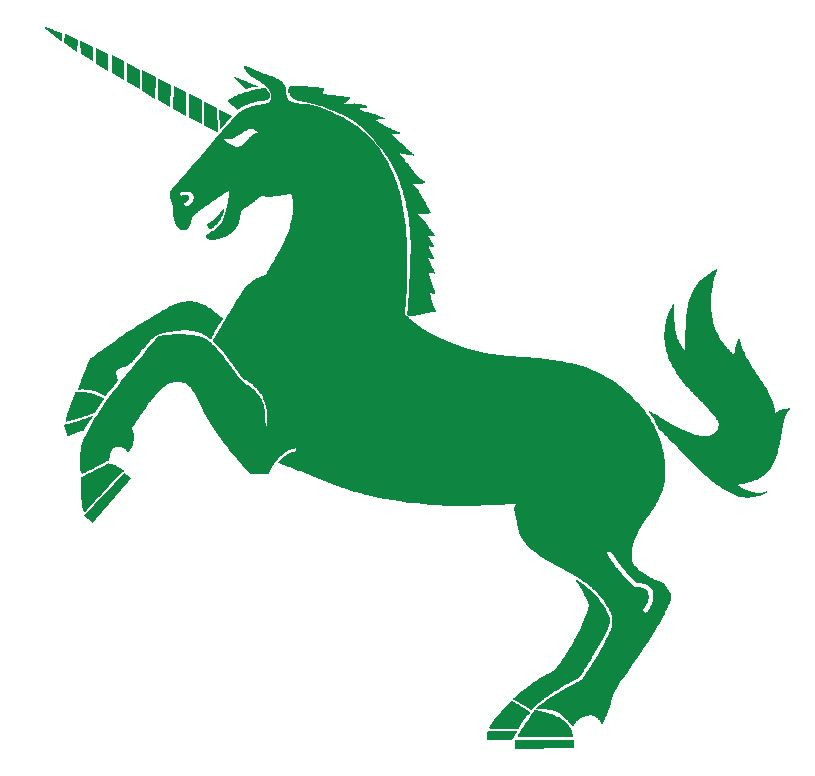 To create a mirrored copy of your image, copy the image first, then use the „mirror“ option under „Edit – Reshape“.

Clicking the „Ortho“- icon in at the bottom right of the screen helps to draw a perfectly vertical mirror line. 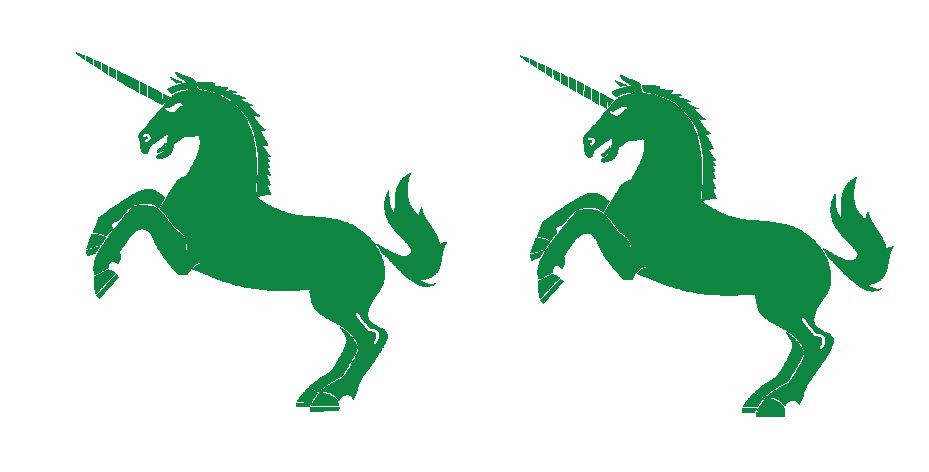 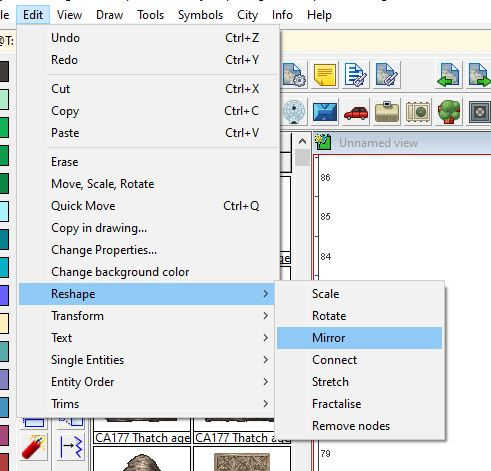 Since the image consists entirely of polygons all kinds of effects can be applied to it.

I've found Outer Glow and occasionally Bevel the most useful.

This is how the symbols look on a Darklands grass background. 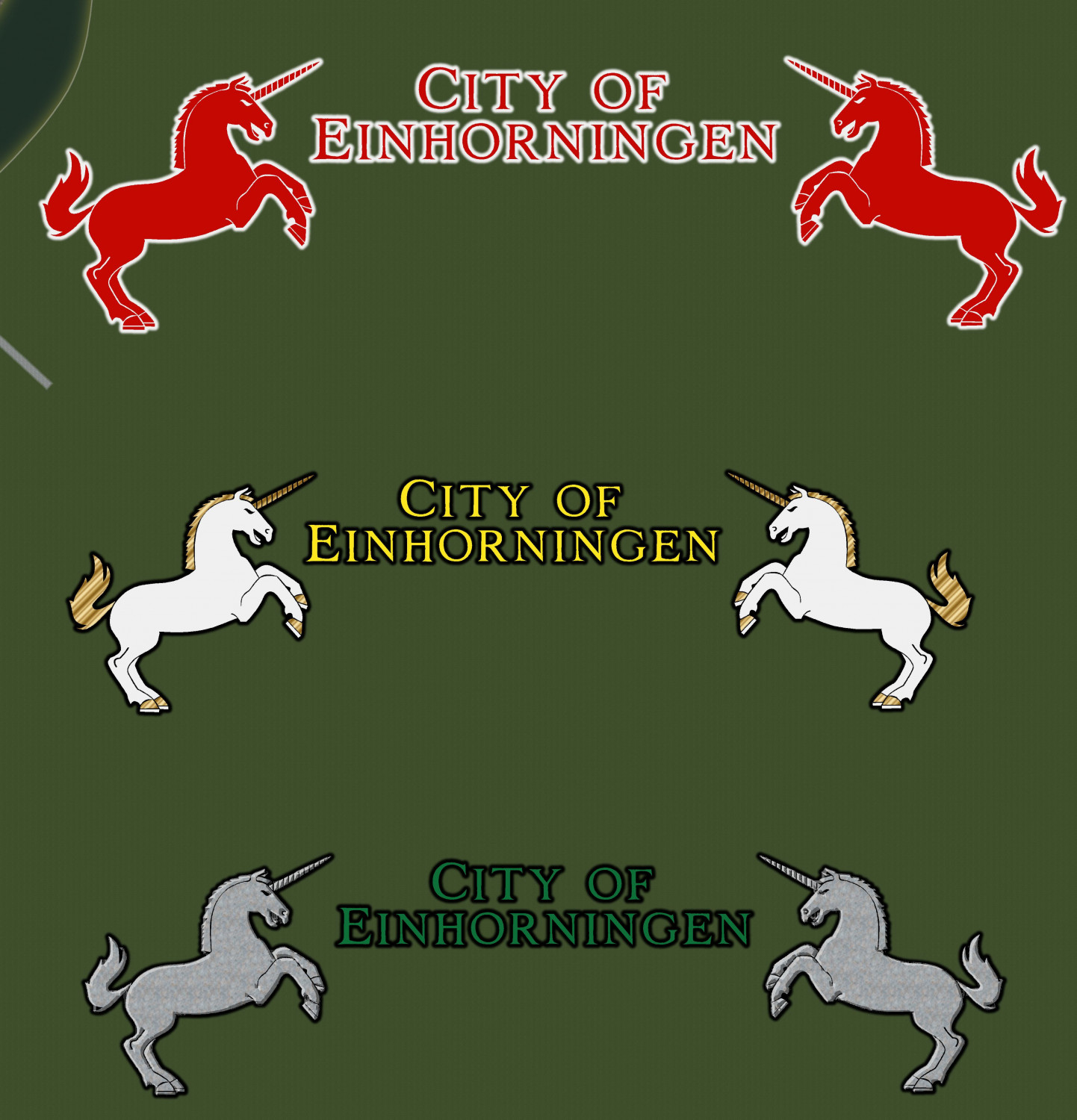 And here's the FCW if you want to take a closer look.

If you have any questions, or suggestions on how to improve the process or manual, please type away! 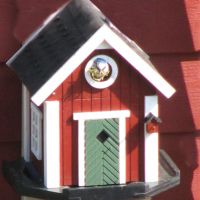