This will become the entertainment district of a huge metropolis located in a river delta.

Existing sources only have a very large scale map for the entire city (where the shown map would be about 2x3 cm in size), so I'm creating this for our group to get lost in. ;-) 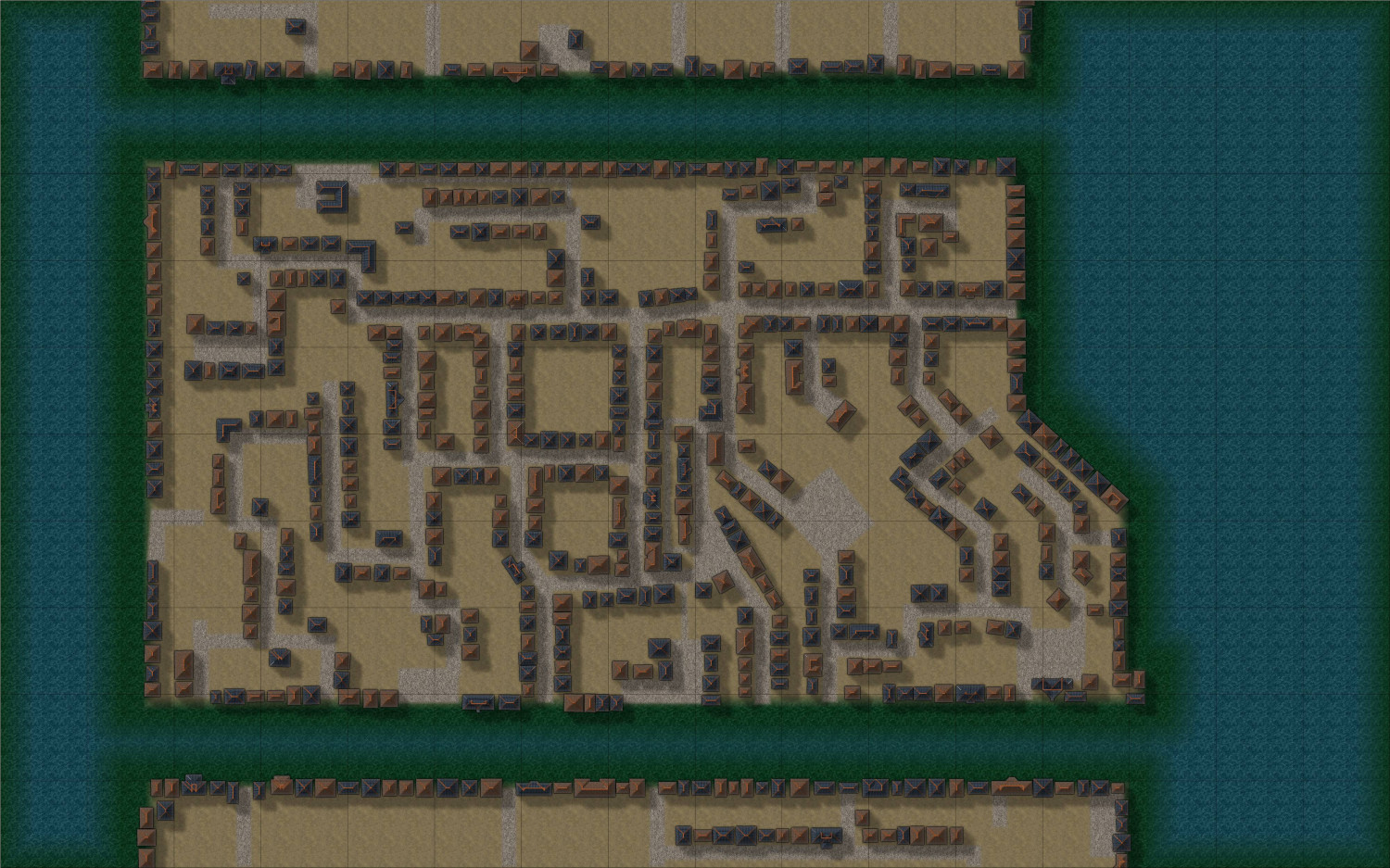 Currently using auto-placed housing a lot - will manually add larger landmark buildings later. Will also improve the water once I've made progress with the buildings.

This one almost has a bit of a near future urban sprawl feel, despite being a fantasy map. Let's see where it goes...