For my first non-tutorial map, I feel like this is coming along quite nicely. I do have a few questions left before I can start adding text to my map. 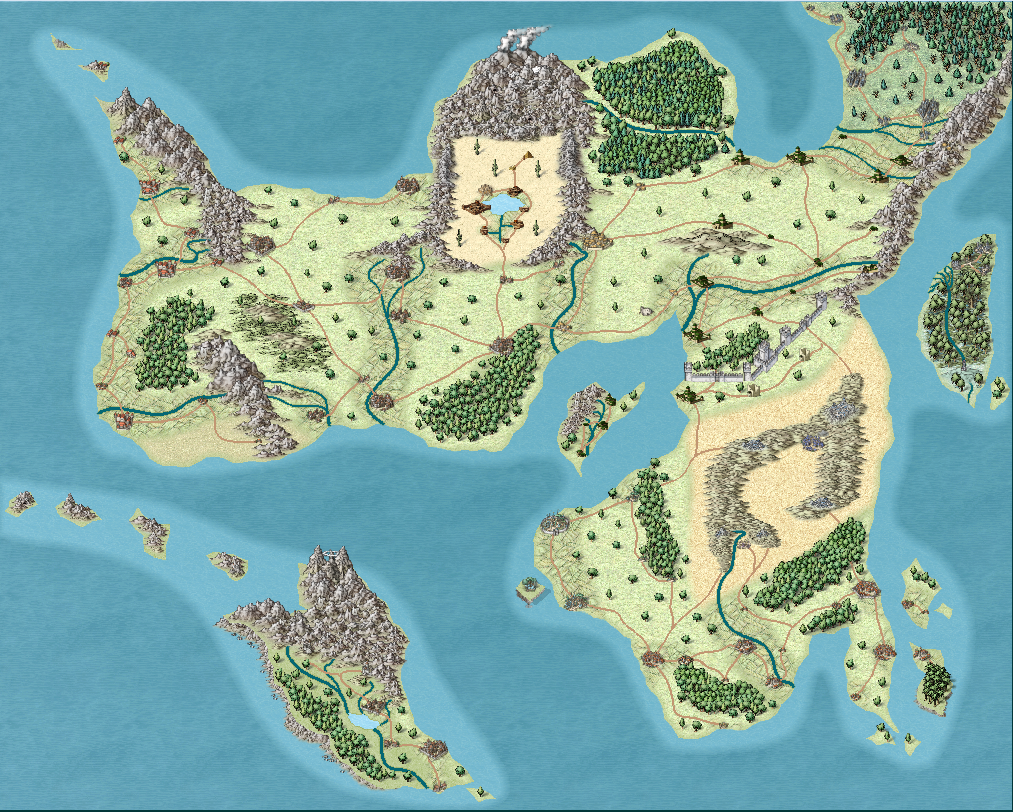 I'm still unsure how I'll handle farmland on this map. I tried to cover large areas at first so you could definitely see that it's supposed to be farmland, but many areas were too large in my opinion so I tried to scale them down. Other areas just have farmland around the settlement or a few settlements near each other. It's quite difficult to see the farmland in those areas though. So I'm still unsure how I should handle this. Any advice? Here are a few close-ups in case it helps. 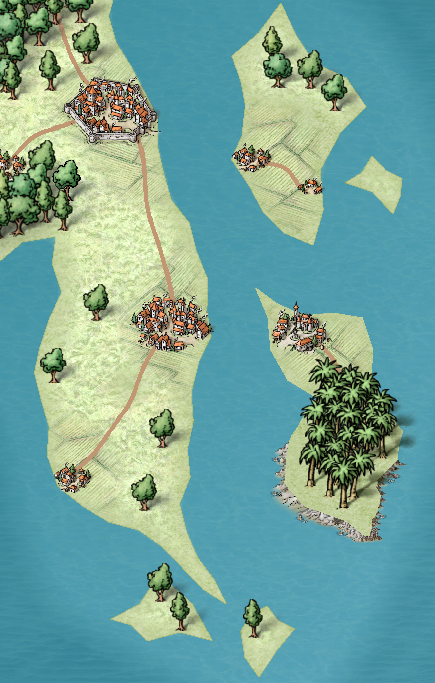 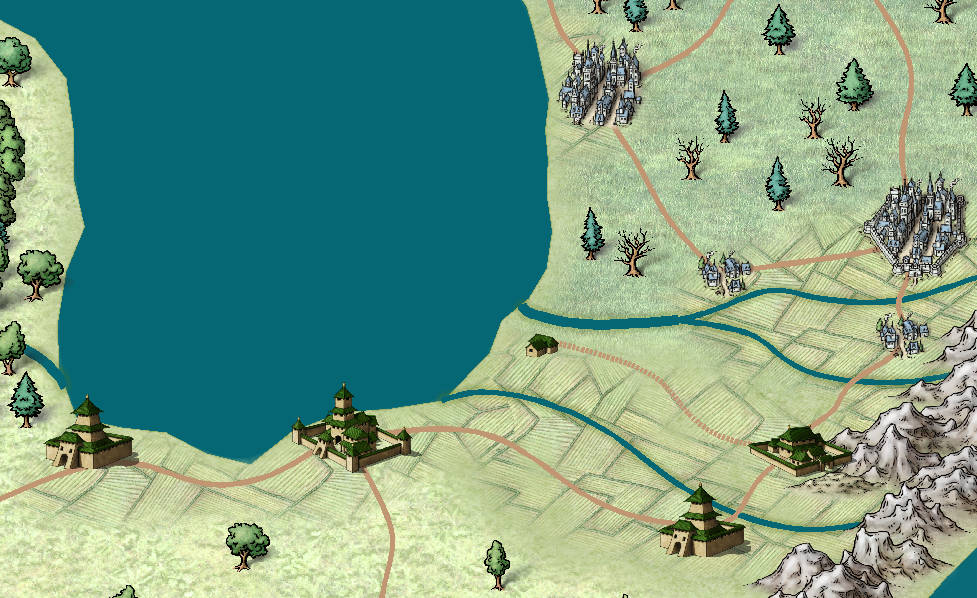 I also wanted to flesh out the terrain a bit more. There were quite a lot of big empty spaces so I placed a few trees in between most of them. I'm not sure if this looks that good though. Any advice on how I make that look better?

This picture also shows another issue I have with this map. One of my empires is based around Asian culture and history. I wanted settlements in a fitting style but found none in the "Mike Schley Overland" style I'm using. I thought I could use symbols from a different style, but these ones clash a bit with the more cartoonish style of my other symbols. It's not a big issue, but I still would appreciate to know your opinions on this.

My last questions are about a floating island and a cliff. I followed your advice from a previous thread, but I just want to know if these look good or how you would handle this differently. 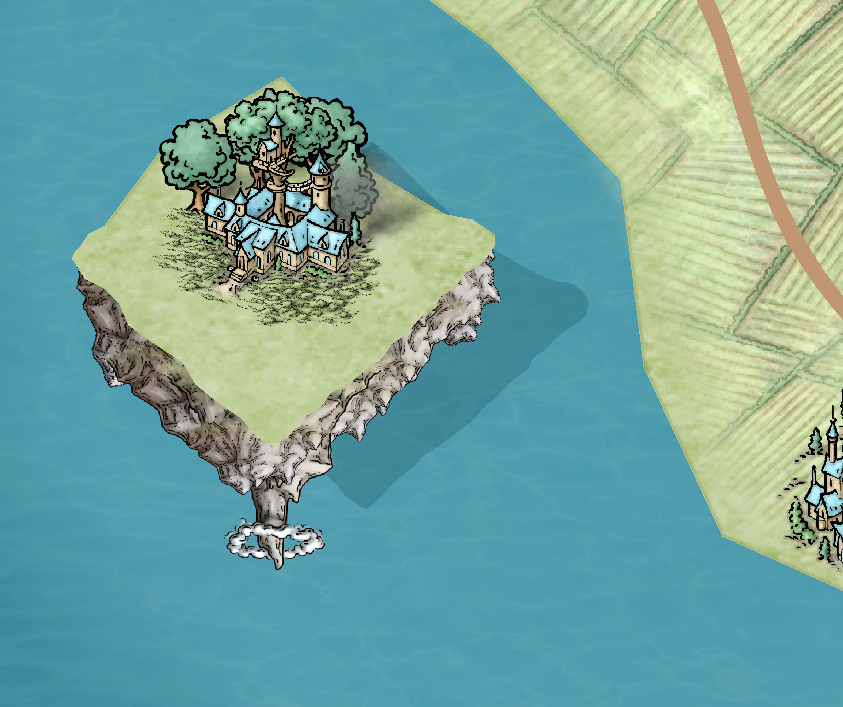 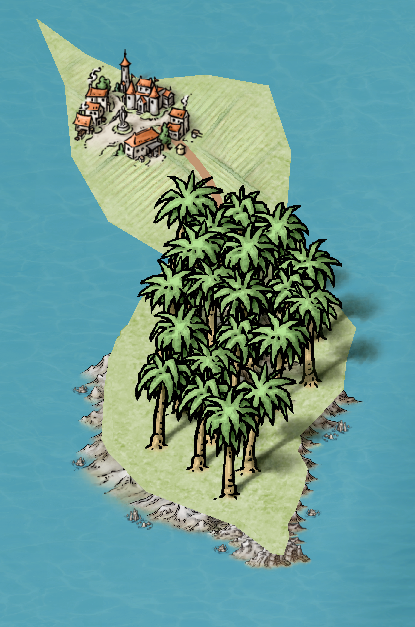 Any other advice would also be appreciated. Just keep in mind that the desert, the surrounding mountains and the big hilly grassland area are explained through lore in my world. I just hope it doesn't look that bad.

Thanks for all of your help in my previous threads. I know I'm asking a lot here (it's quite a long message). Any input would be appreciated though. Thanks in advance!