Here is the Hedgewitch mentioned in the Poncegraf fief - now just the first floor, attic and cellars for the Manor house, and perhaps a battlemap of the gallows, to complete this delightful fief full of holiday fun - hehehe. I had fun with Forlorn Cottage, using it for the first time 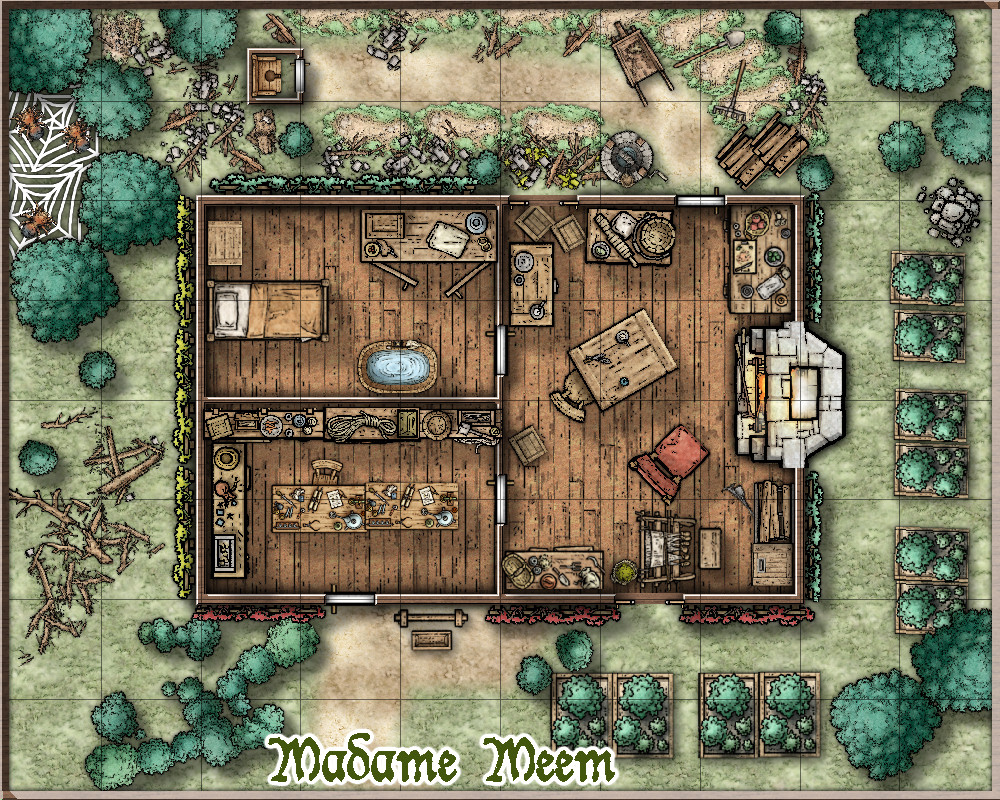