This is another of the Dunor Valley maps using the Local area style. Only three 40x40 mile maps to go.

Snihovi Polya means Snow Fields. Speakers of a certain European language may recognize some of the other names, but no political connotations. 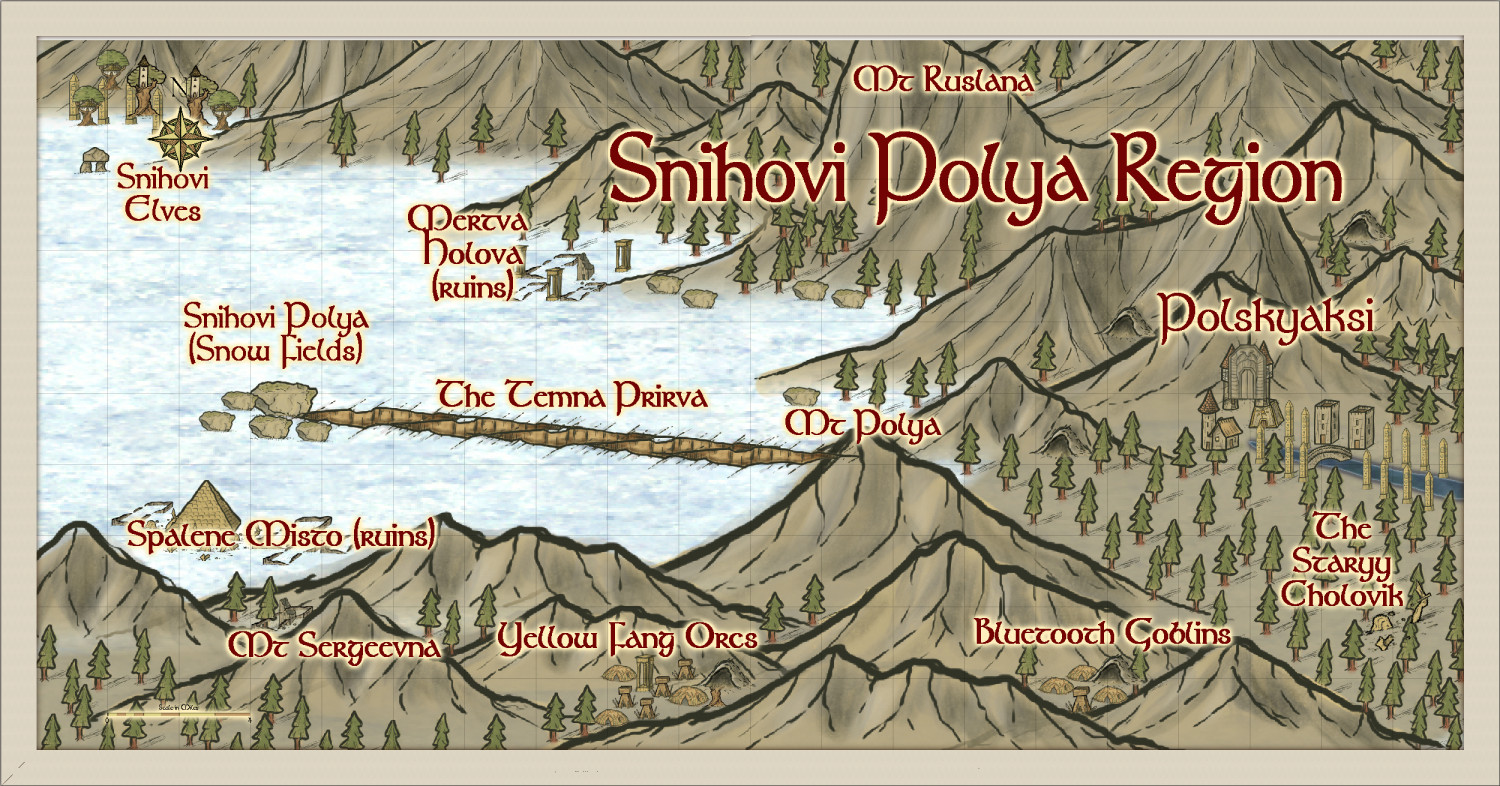