The last set of Embra "Places" maps is that for the Constructed Places of Interest, linked from central segment 7 on the "Official Guide" map: 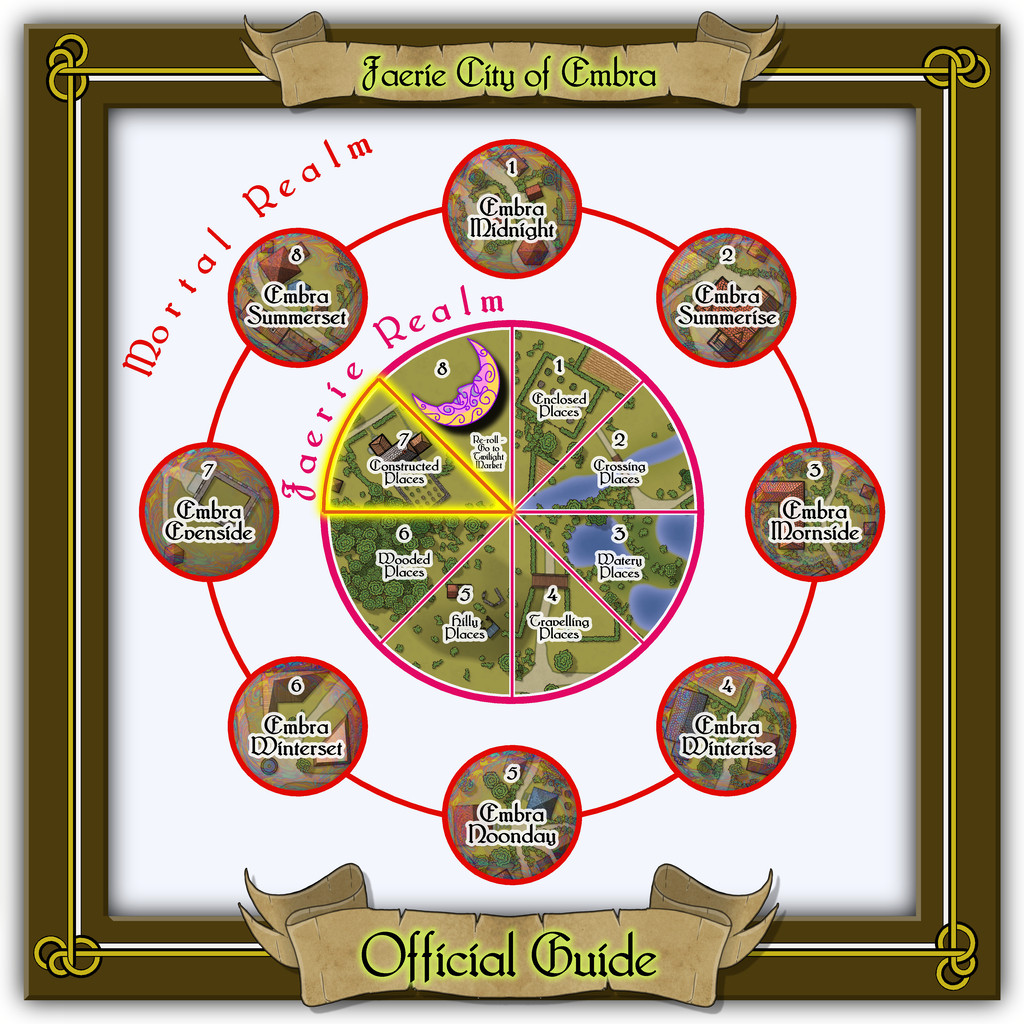 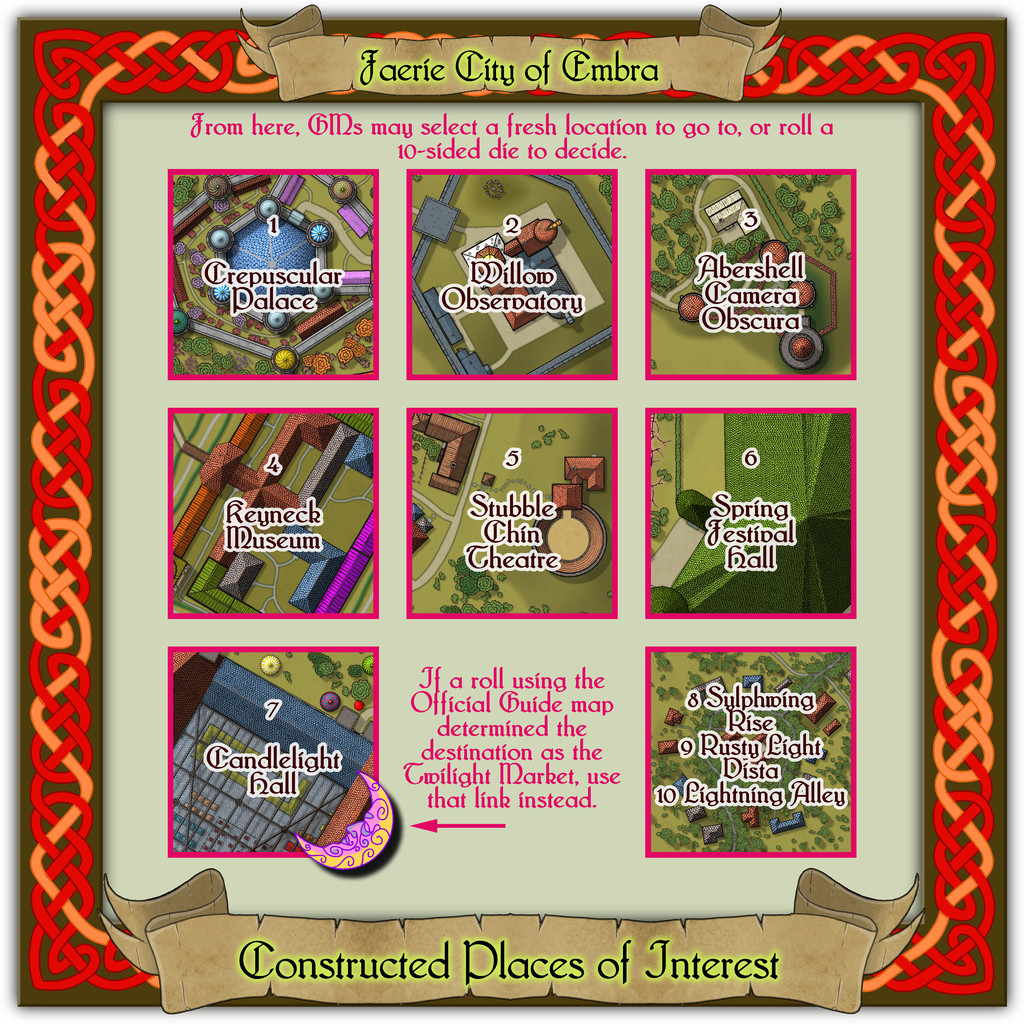 This is the busiest set for individual locations of any of the Places groups, with seven, leaving a mere three to be condensed onto the eighth "Streets" map.

The Celtic knotwork border was adapted from one in the, by-now-famous, Dover Clip-Art "Celtic Borders on Layout Grids" book, providing a completely connected square, to complement the original circular design used for the Village maps. That seemed an appropriate method of "book-ending" the entire set, as well as tying-in with the idea of both being constructed places, if of somewhat different sorts. In altering the design from what had been a vertically-elongated rectangular one to the required square here, I discovered when looking at the finished piece with its colouring, that I'd accidentally produced an asymmetry in the patterning. I did wonder briefly about amending that, but liked the look of something slightly off-kilter as apt for a Faerie setting, and so left it. The hours of effort it would have taken to change it had, of course, nothing to do with that choice...