Approaching the end of this "guided" (?) tour of Embra, the penultimate group of sites to visit comprises the Wooded Places of Interest, approached via the relevant central pie-wedge from the "Official Guide" map, as usual: 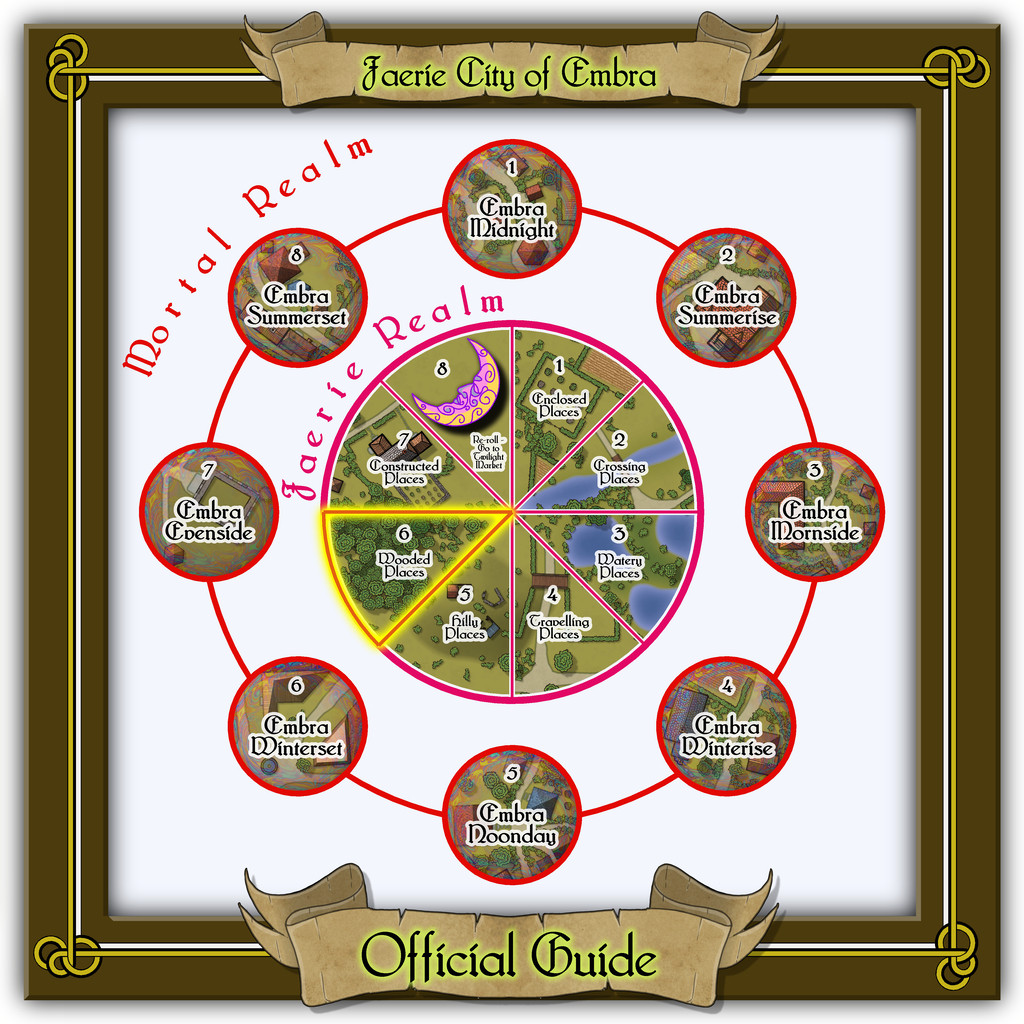 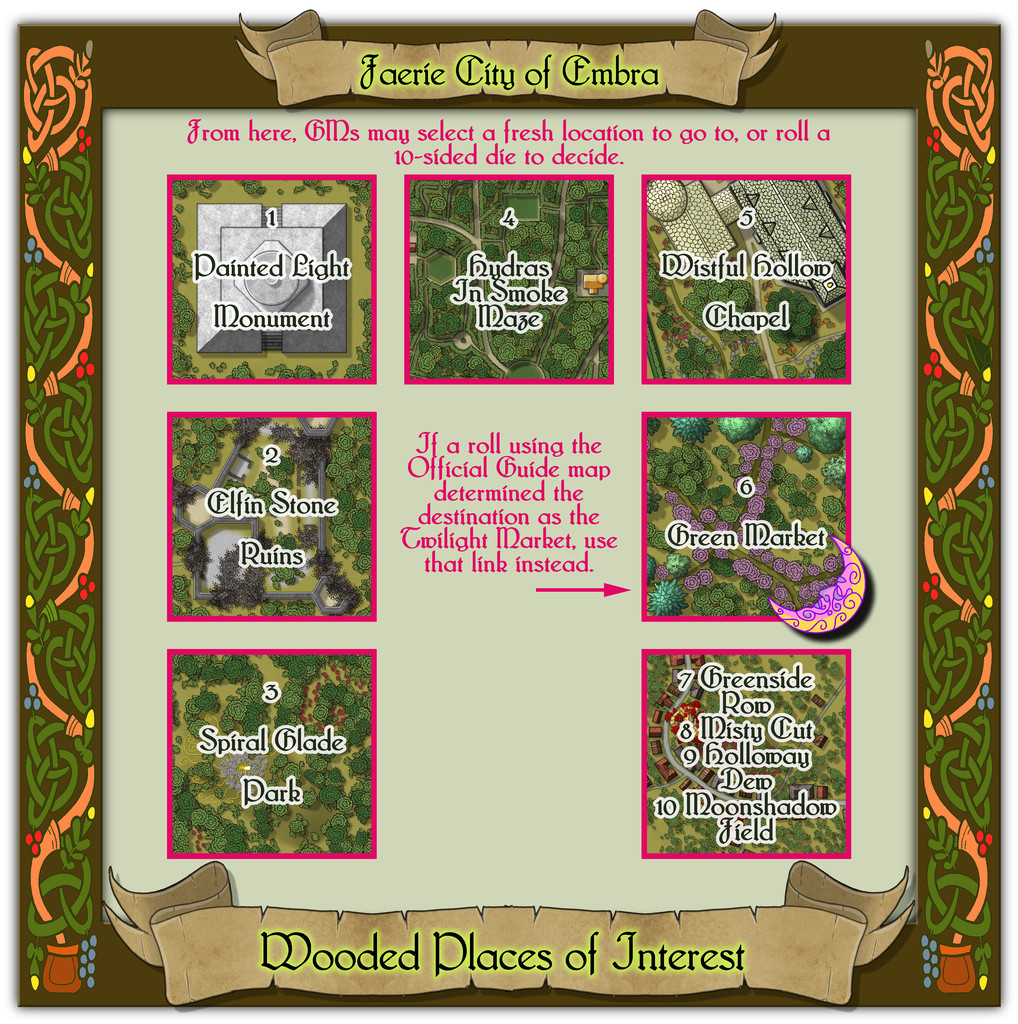 This set, like the Hilly Places, has half-a-dozen individual mapped locations to connect, plus a seventh map for its four "Streets".

From the start with the Enclosed Places at Embra, it always seemed likely I'd be revisiting the foliate borders used there for these Wooded Places map frames too, as nothing else I'd come across seemed to fit the bill quite so well, this time with a reworking of the colours. As we shall discover however, I couldn't resist another couple of the knotwork creature designs from that page of those also in the Dover Clip-Art "Celtic Borders on Layout Grids" book...