The next, fifth, group of Embra's "Places" is the Hilly Places of Interest, linked from the highlighted "Official Guide" map's inner circle segment: 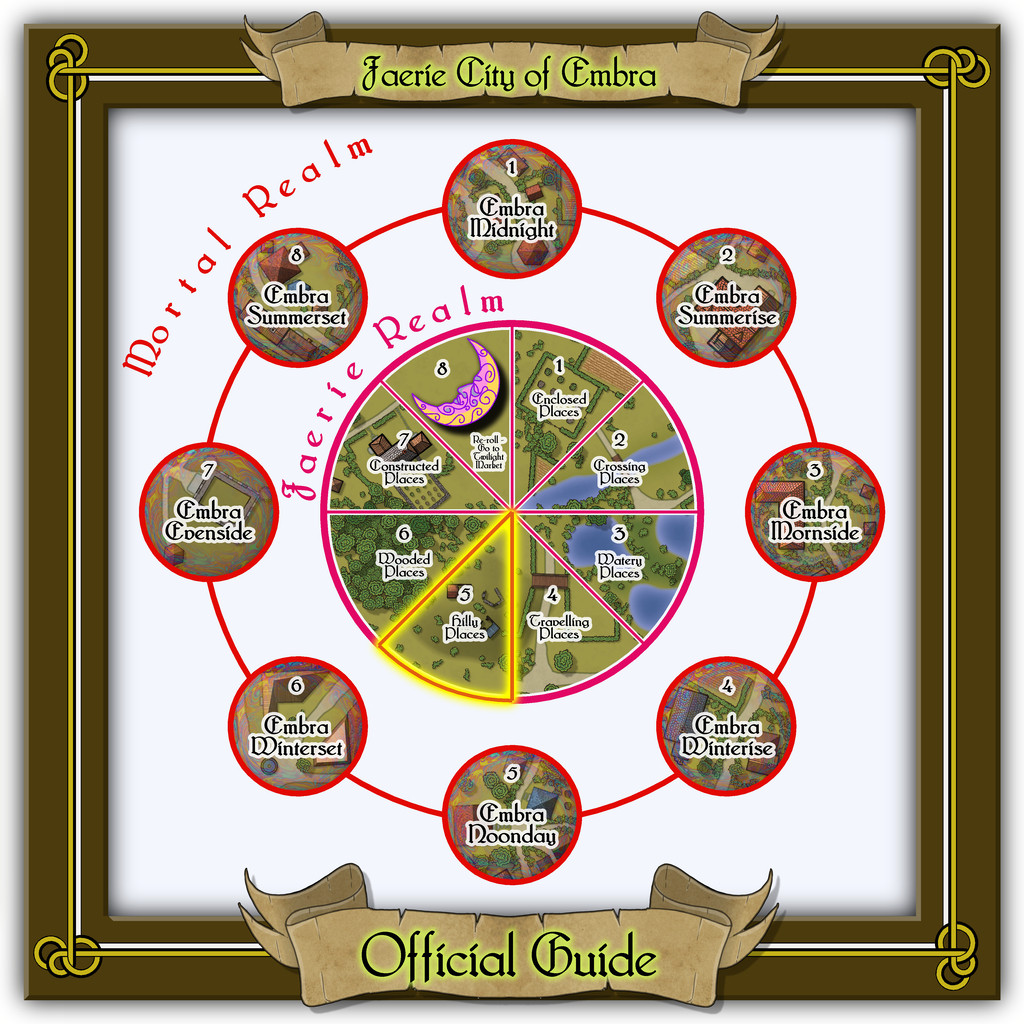 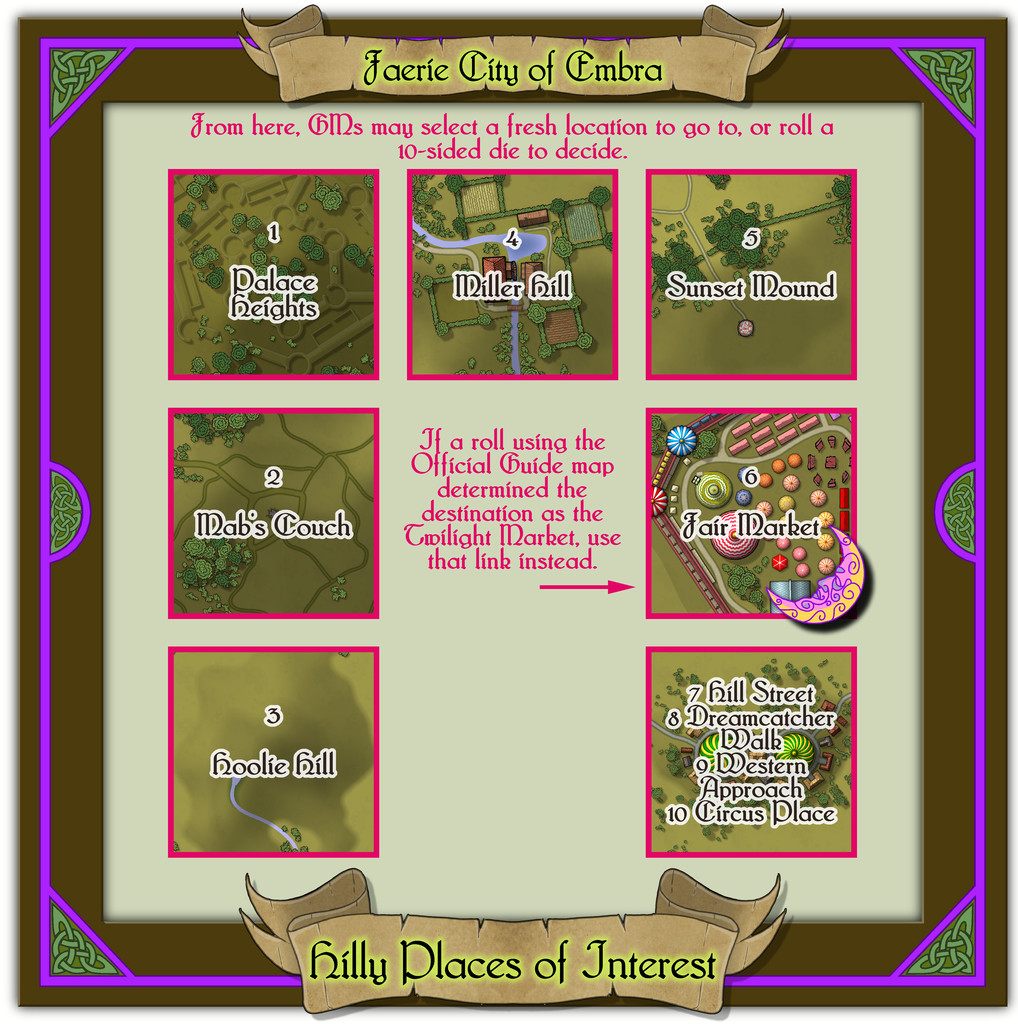 Quite a packed link-map this time, with six individual mapped places to show, as well as the condensed "Streets", even if just four such routeways had to be set-up on one map this time.

Two neat knotwork designs reworked from the Dover Clip-Art "Celtic Borders on Layout Grids" book provided the focal elements in the map frame design here, once rotated, with a simple linear connecting outline to help highlight them, the curved piece and triangle's slope hinting at upland places at least, although another of the figurative Dover book designs, an eagle, was used on the other "Hilly" maps in this set as a further concession to upstanding terrain.