Wyvern 🖼️ 149 images Mapmaker
May 7 in Show and Tell

Fourth in the sequence of Embra's "Places" are the Travelling Places of Interest, as usual, accessed from the relevant part of the inner circle on the "Official Guide" map: 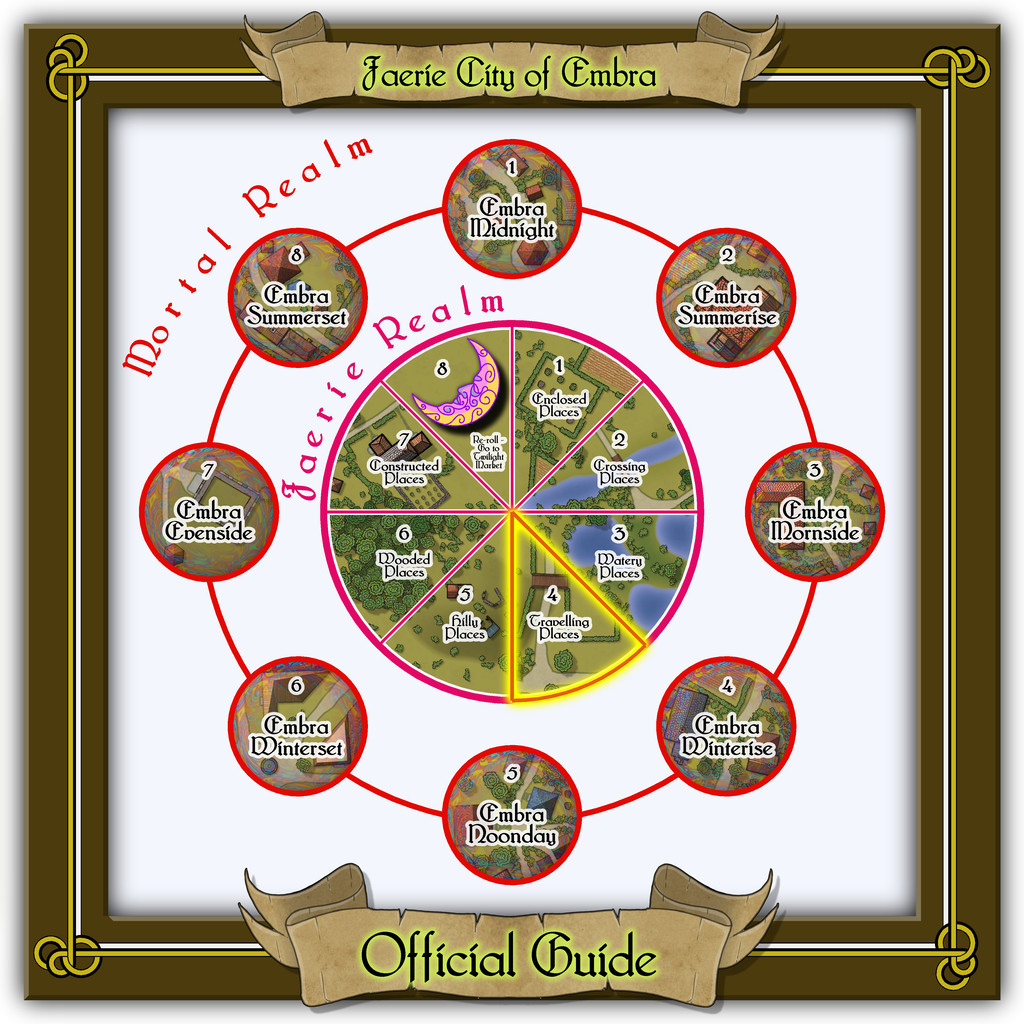 This takes us to the link-map, though this time there are just three link-spots on the diagram, two individual locations, and a group of eight "ways", rather than streets, as here, one of the "roads" is actually a railway (which features as the backdrop extract for all eight, primarily because it was a handy size and shape, and in the correct orientation without needing any adjustments): 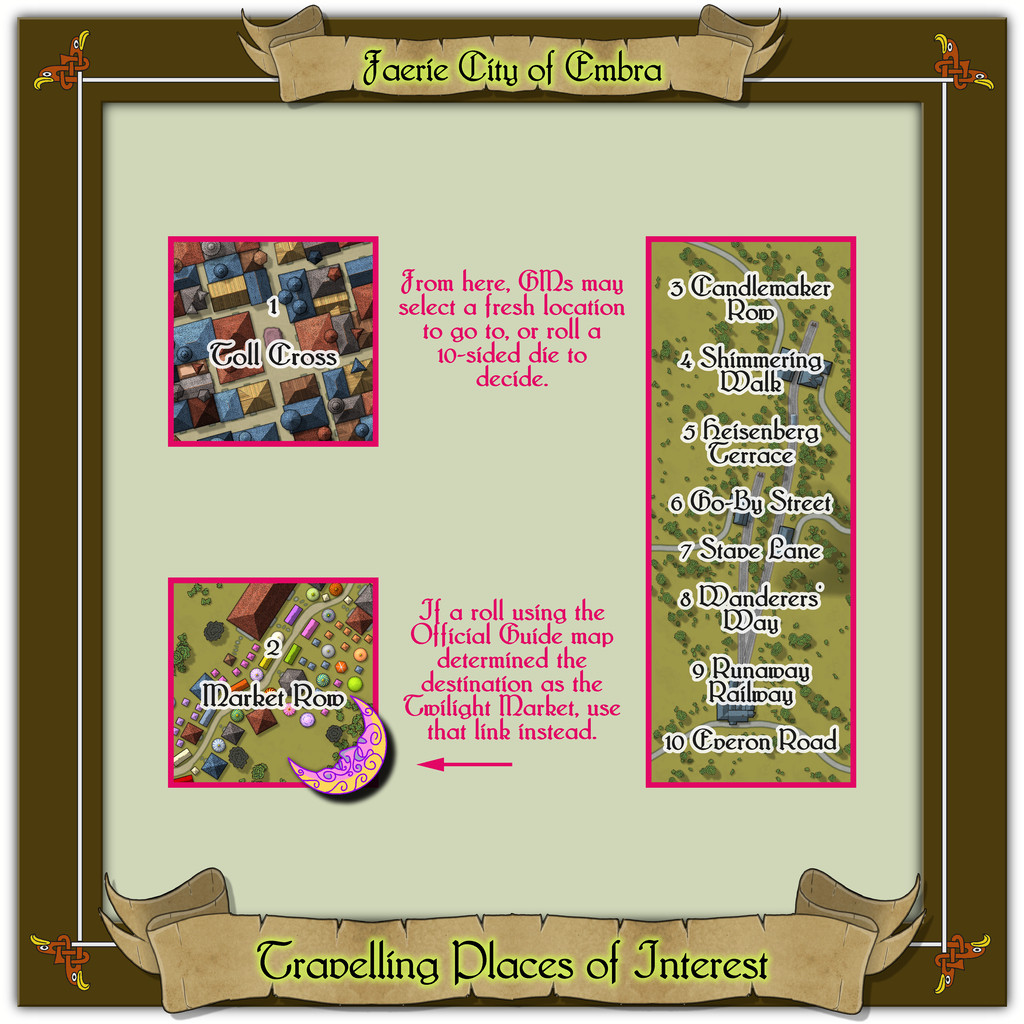 The map border decoration was kept quite simple, as it seemed best to highlight the "Travelling" concept with something quite clean and direct. I toyed with drawing something quite severe of my own devising for the knotwork, though all that survived of that here was the simple, single line linking the corners (yes, I know, not much to show for it!). The basis for the little knotwork eagle heads - again seeming apt for "Travelling" - came from that famous Dover Clip-Art "Celtic Borders on Layout Grids" book once more, which were handily linked by a single line there too.