The third set of Embra "Places" are the Watery Places of Interest, accessed from the appropriate pie-segment of the "Official Guide" map: 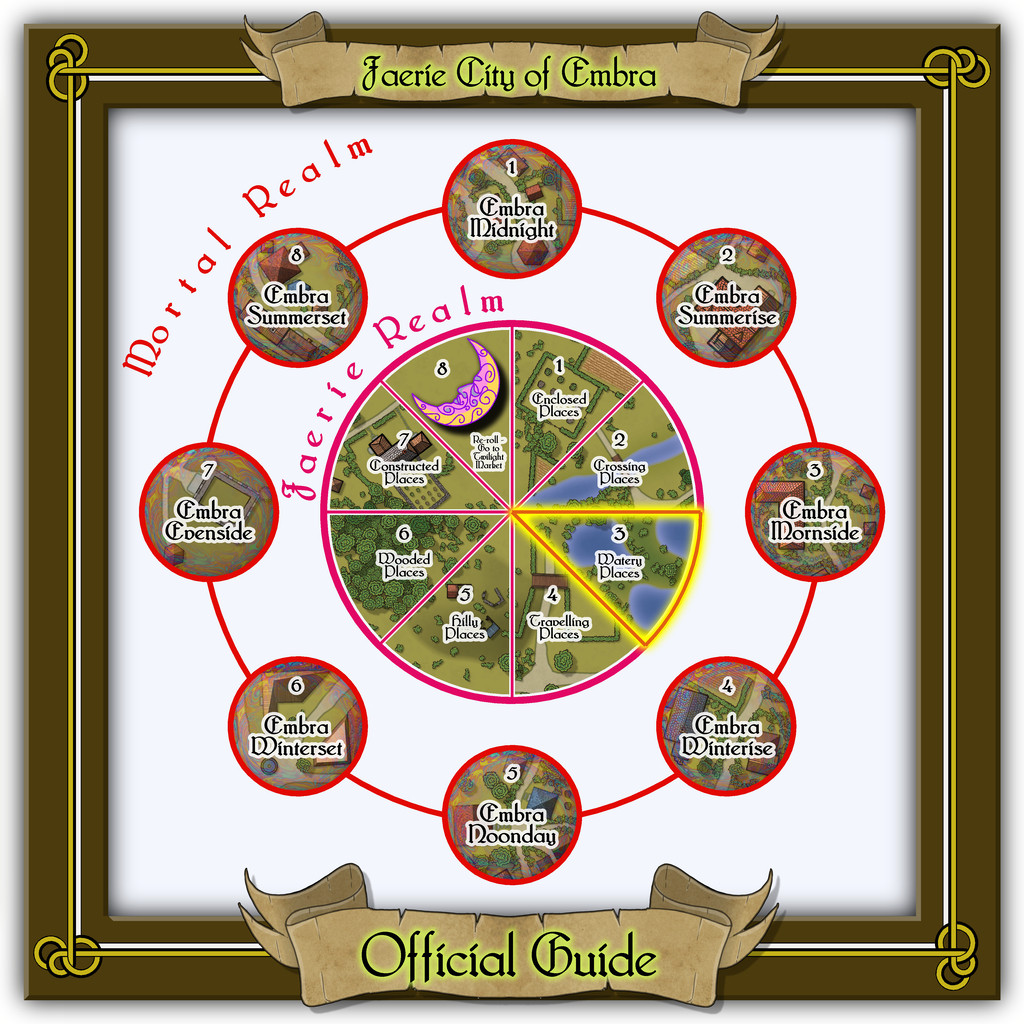 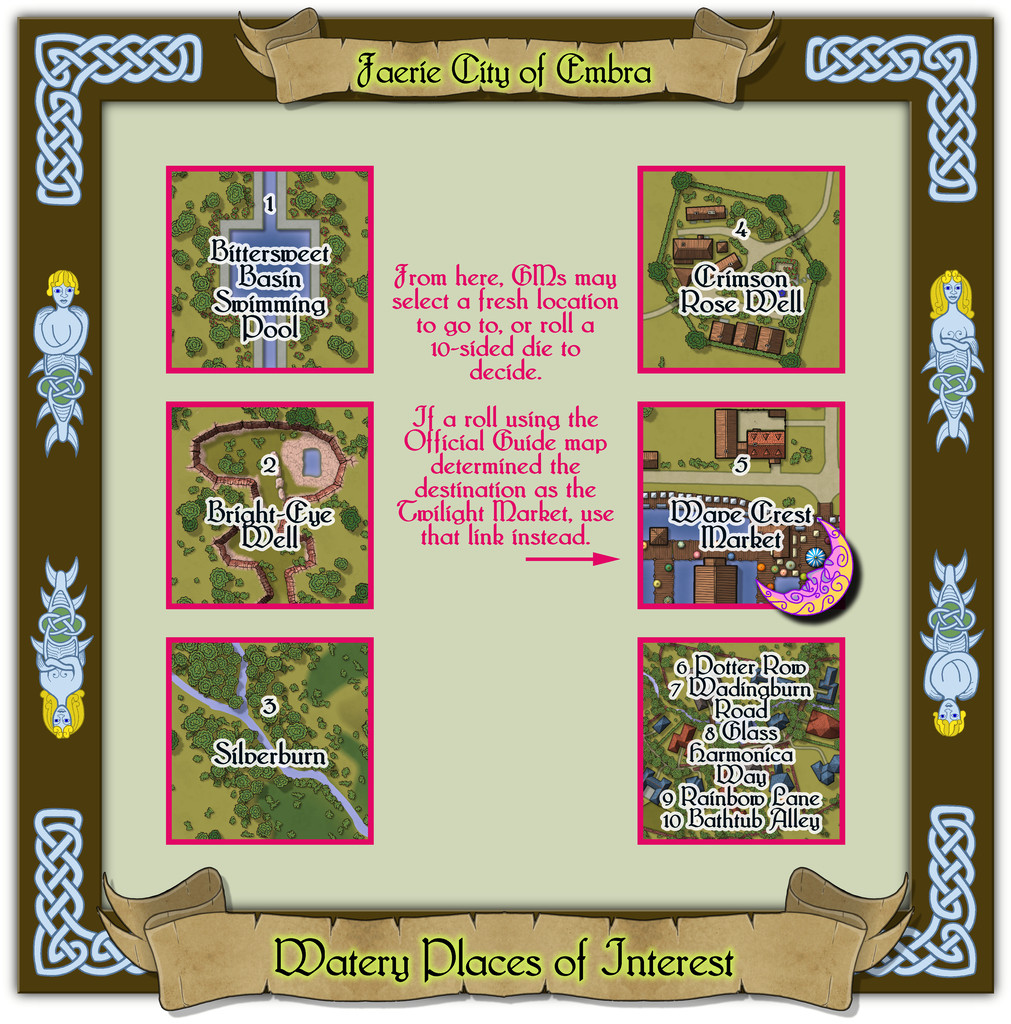 One of the aspects that caught my attention from when I originally bought it in the Dover Clip-Art "Celtic Borders on Layout Grids" hardcopy book, was a page of individual knotwork creatures. Here, I simply couldn't resist the two merfolk to add to the borders for the Watery Places, with a neat little criss-cross design just in the frame's corners. As previously, the link-spaces on this schematic drawing are simply labelled extracts from the actual linked maps, with GM notes. The pattern for the layout here was basically the same as for the first of these Places of Interest maps, the Enclosed Places.