Here is another regional map, to help complete the Peredur continent. A larger version is in the Gallery. 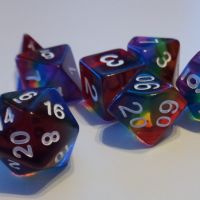