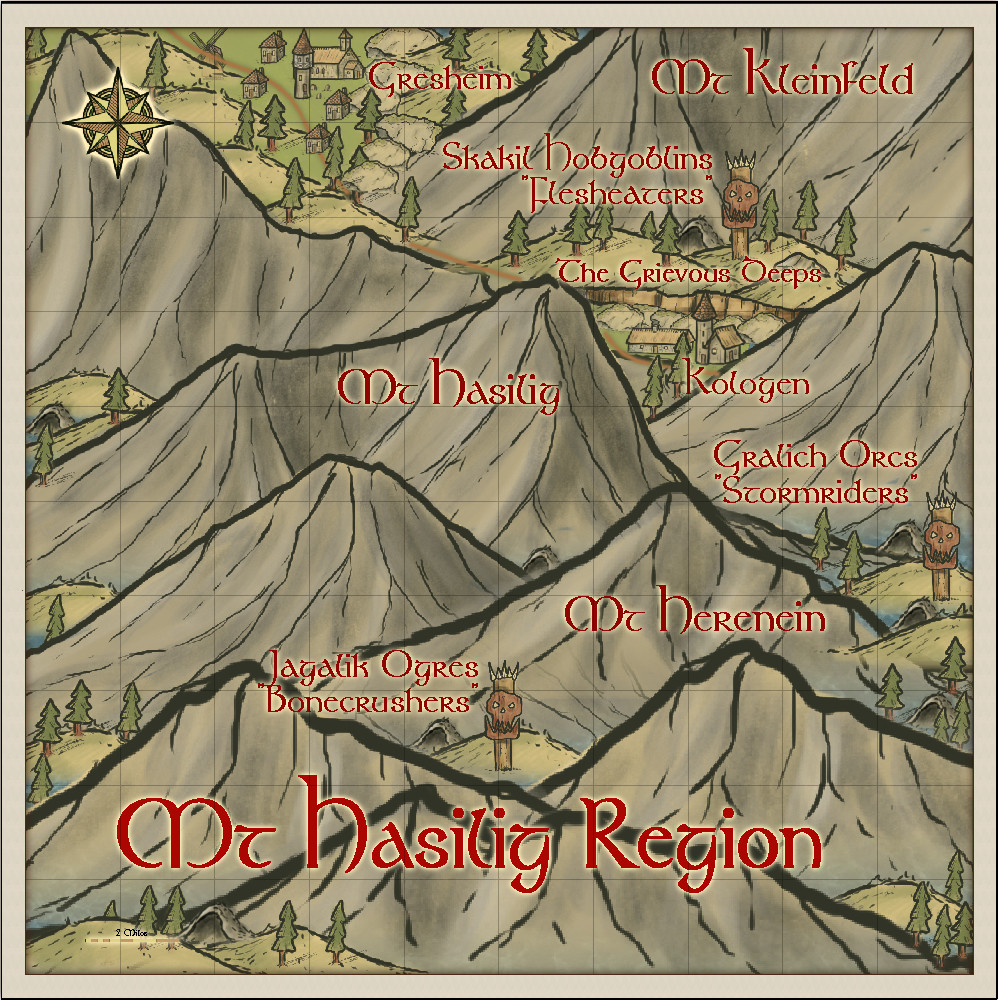 The last square left on the bottom row. Mainly all mountains, but I have tried to make it interesting.