I made a tabletop RPG called Tegwyn Saga, and some of the race descriptions reference geography, but I didn't make a map for it. I had an old one from PlanetGen, with country names added in PS, but enough changed, and I lost the PlanetGen seed, that I wanted to do a new one. Having picked up FT3+ and CC3+ in bundles, I'm finally on my way!

In Fractal Terrains, I generated a planet, then did some research, (re)watched some Artifexian videos, figured out basic currents and wind directions, and proceeded to spend a lot of time in FT3 futzing with rainfall. Also made some temperature adjustments, slightly narrowed a couple mountain ranges, and placed a handful of new mountains where I needed them so I could avoid contradicting the already-published book!

The hand-placed mountains don't look as good as the generated ones, but the end destination is going to be a CC3 map anyway. I'm planning to export to CC3, then redraw stuff (probably in Schley style) to look more thematic. Probably the most unrealistic part is that many of the mountains generated in very large clusters rather than long ranges, which is unusual on Earth, and I didn't really mess with them much. 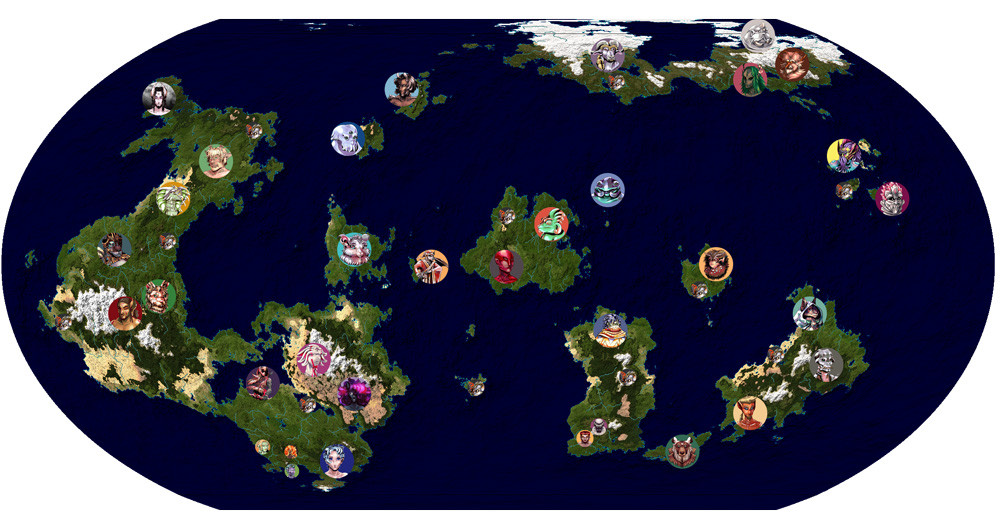 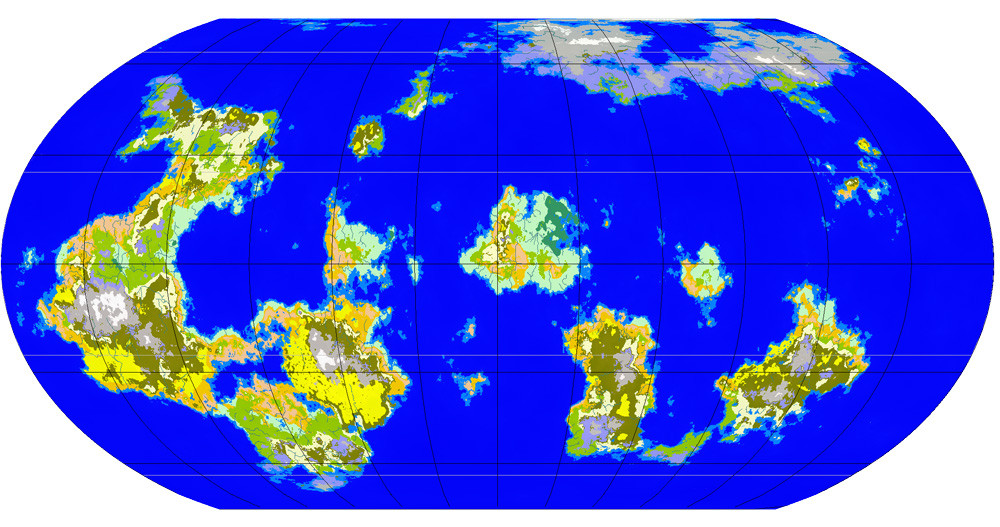 ...and here's a climate render!