I just realized that I've been annoying everyone with my questions about my latest project without showing it to you, so here I go:

So far I just took a scan of the board and manually traced the borders of the different areas to get this: 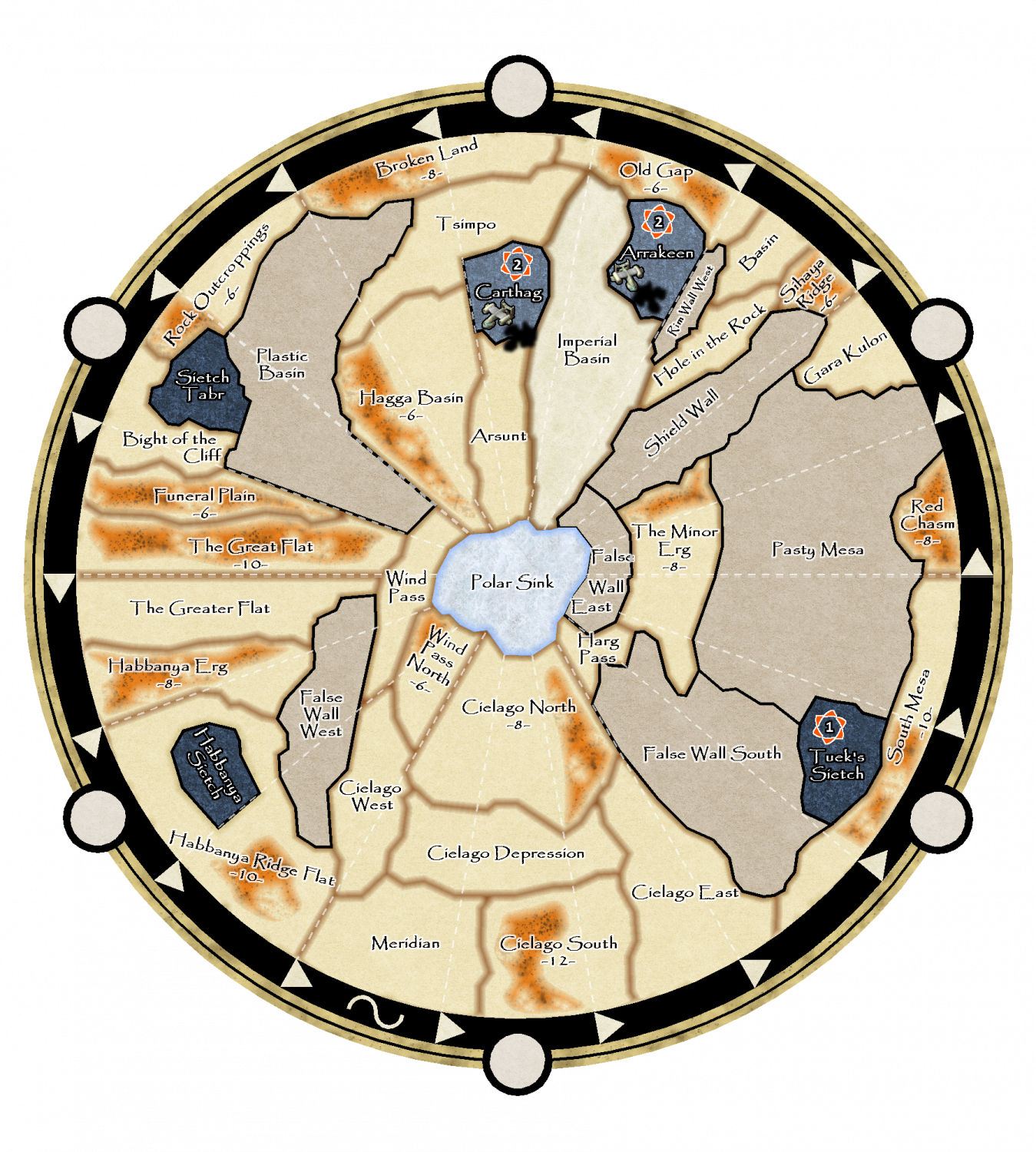 I think it's quite apparent now what my latest questions to you all where about: As a first step and a test run I wanted to get the airplanes from the computer game and the borders between the desert areas blurry enough.

Then the lockdown was announced here in Austria, so my game group searched for a way to play it online. We found treachery.online, wich allows for a custom skin, and so I thought I could adjust my map in a way that it fits this online version and so I took my WIP map above and put it in there, but I had some troubles getting it right. So I asked in their discord channel about it and posted a screenshot from my problems and got the response that they liked "my new skin". That's why the map above has already some effects on it, so I can release a skin for the online version. But enough with the tangent, back to the map itself:

While I was trying the edge fade Inner effect between two desert areas by putting them on different layers I discovered, that I didn't like the result, as it created a similar impression like a bevel effect and so it looked like the areas where all elevated. This in turn gave me the Idea to use this effect on the areas that represent mountains: 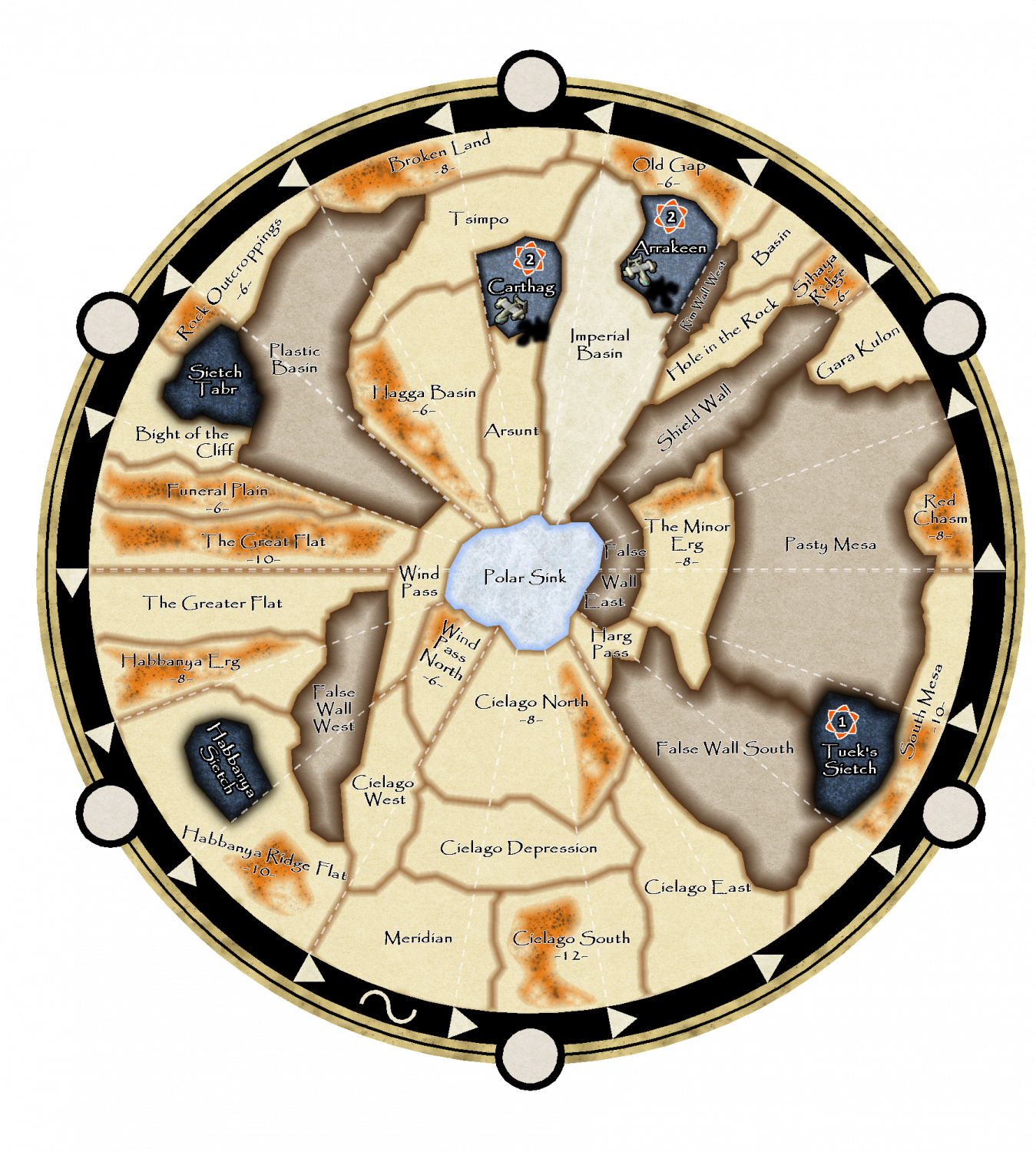 Alas it seems that more people like the "simple" version better, so my attempts to make the map fancier where in vain.

But that's ok, now I have a deeper understanding of some effects and can carry on making the map in the tileset of the computer game, as was the plan all along :)

However, as always: If any of you have ideas on how to improve the second map, I'll be glad to hear them!