After a long while, I am working on a new map. This is for a sci-fi game and is based on the WWII Raid to Hammelburg to rescue US prisoners by the 4th Armor Division's Task Force Baum, one of whose elements was C/37th Armor which I commanded many years later. C/37 was also the unit which led the breakthrough into Bastogne (and I have a photo of me and the company commander shaking hands at the break-in point on the 35th anniversery of the battle) as well as in the battle around Arracourt, France. C/37 was destroyed during the raid and pretty well beat up at Arracourt.

The map stretches from Mannheim to Hammelburg and is about 68 km wide and 20 km tall. Each hex is 2km.

The first photo is of the map as a whole. I have laid in the roads and the watercourses to get a view of the terrain compartmentalization.

A frequent method of adjusting the terrain is to move roads so they generally flow from hex center to hex center and watercourses so they move along the hex edge. However, I really cannot bear to do that, so I pretty much follow those and then adjust them so there is some precision as to which hex a road/watercourse lays in. You can see some areas where this needs to be addressed in the 2nd picture. 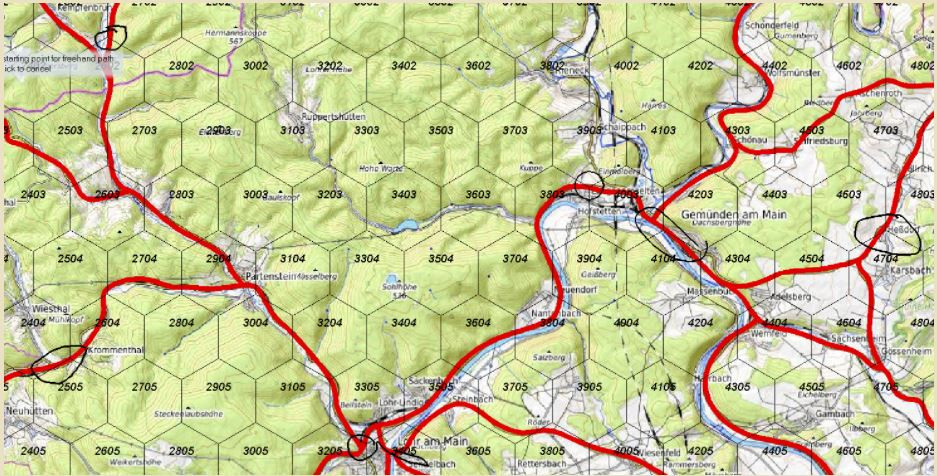 The third picture is the rub. Here I have turned off the roads, but left watercourses and then tried to define the terrain compartments. Where I have trouble is how to decide how to place and space contour lines so they generally follow the real terrain, if that makes sense. 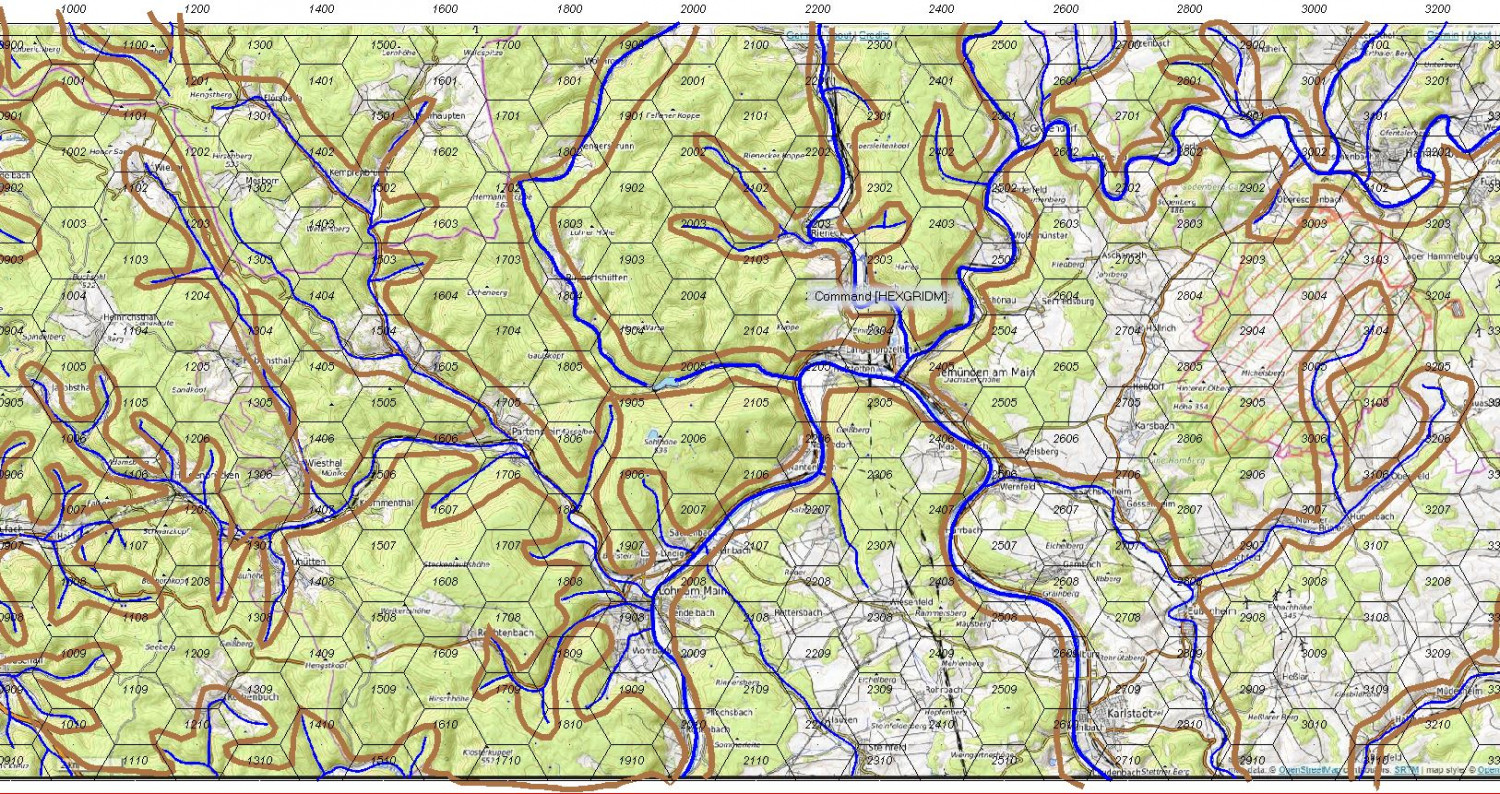 What I am trying to avoid is the typical geomorphic terrain as defined in the last picture. This seems to lack the 'flavor and feel' of the real terrain to me. The hexes in this map are 250 meters, not that it really matters. 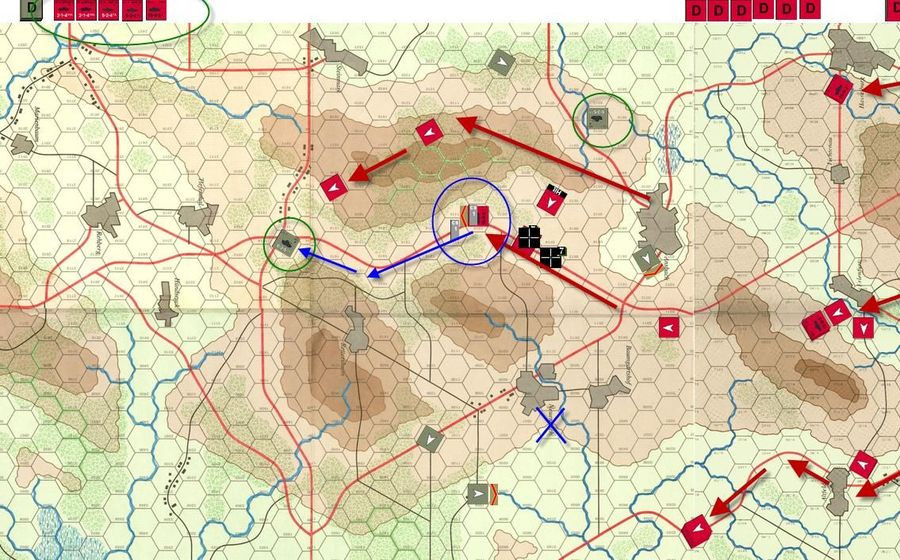 My terrain sketching skills suck to say the least. My platoon and company fire plans always looked like they were drawn by a kid who failed lines, coloring, and penmanship in kindergarten which they did. Thankfully, my children inherited their artistic skills from their mother and perhaps mine, which is fortunate for them. :)

Anyway, any suggestions for how to approach the map? Maybe I am reduced to something like the last picture where I just add contours to the compartments without using the real map as such a base?