Here's my WIP of the world map for an upcoming campaign. Based on Colin Driver's map from Mongoose Publishing's, Runequest II Elric of Melnibone sourcebook.

Loads of labeling and borders to do yet... 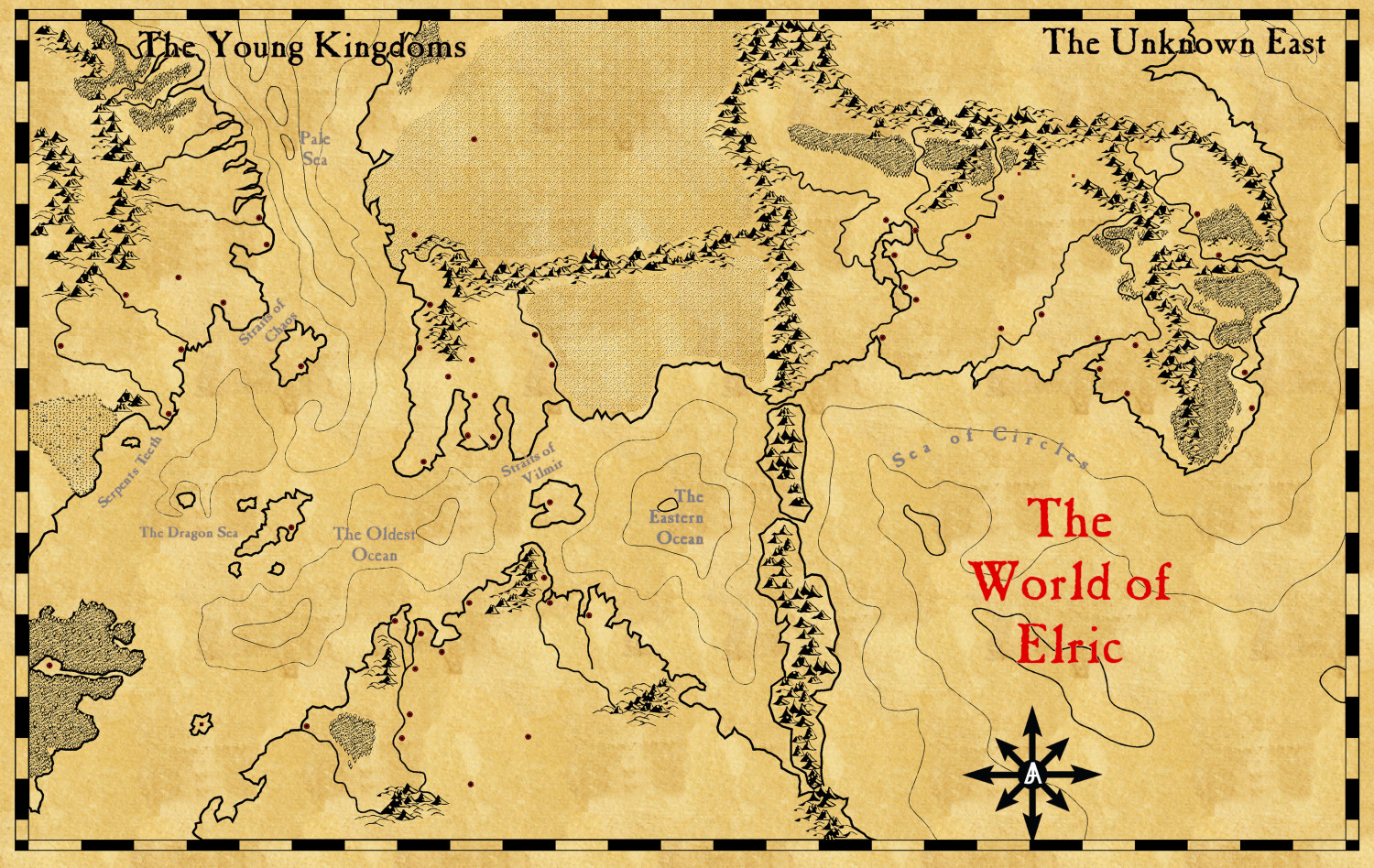