I have been asked to stitch together 16 FT maps together to come up with a CC3+ world (the detail wanted by the client was far greater than the FT map as one download!!!). This was NOT an easy task.

Here is my altitude map with winds, currents and tectonic plates.

Can any worldbuilders out there jump in with their comments on the latter please? The land masses and altitudes cannot be changed though. 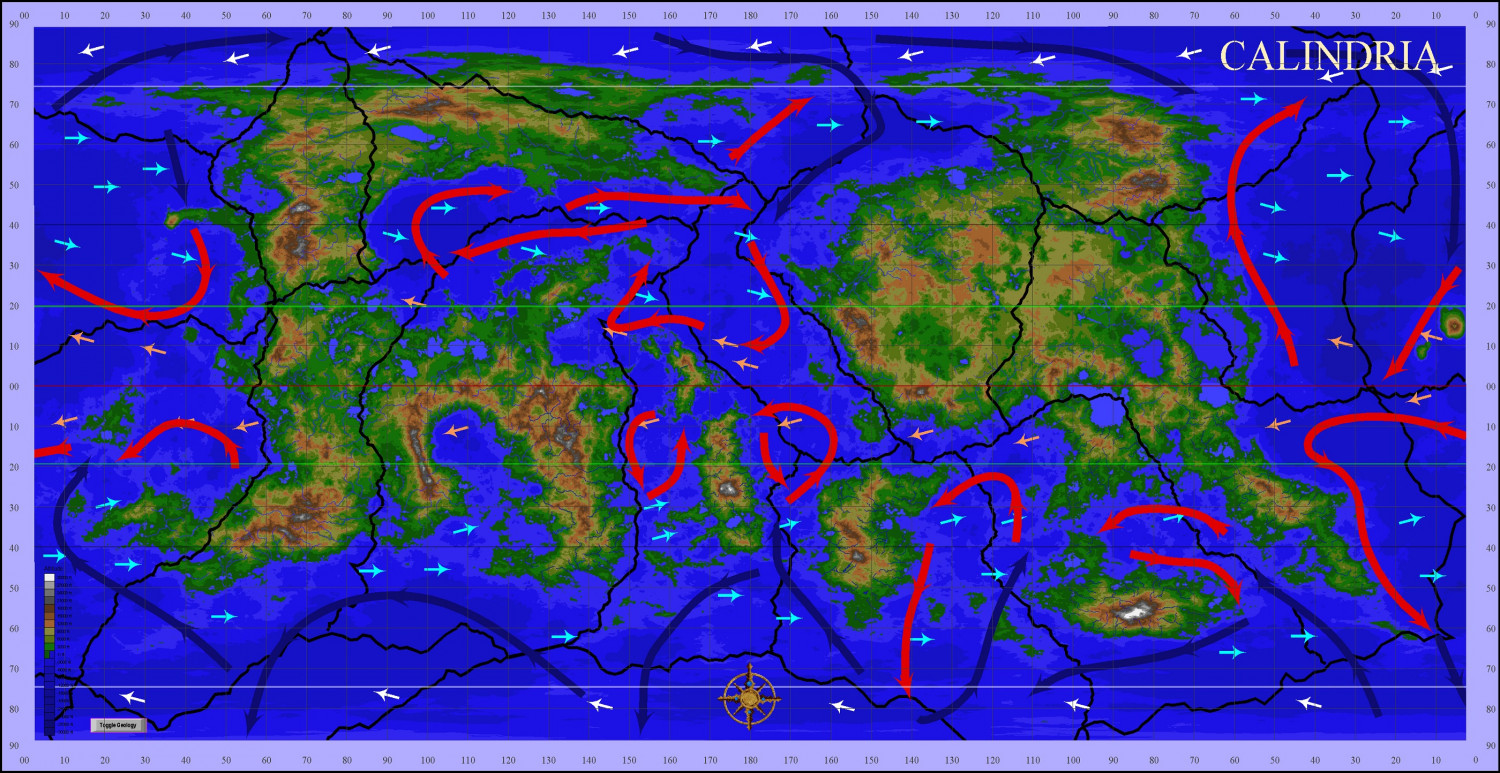