Here is my attempt at a continent sized map. Once again, I've been dithering with this map for months. I've probably started it 5 or 6 times only to delete the work as I was not happy with it. The other day though I started again and liked the look so finally completed it.

It is my game world's version of feudal Japan. I have run adventures here, but have always wanted to run a full Dragonlance campaign using the 1st edition modules from the 80's in Takiwa and in the large continent below Takiwa, called Jian, which is based upon Asia.

Any comments of pointers for improvement would be very much appreciated. 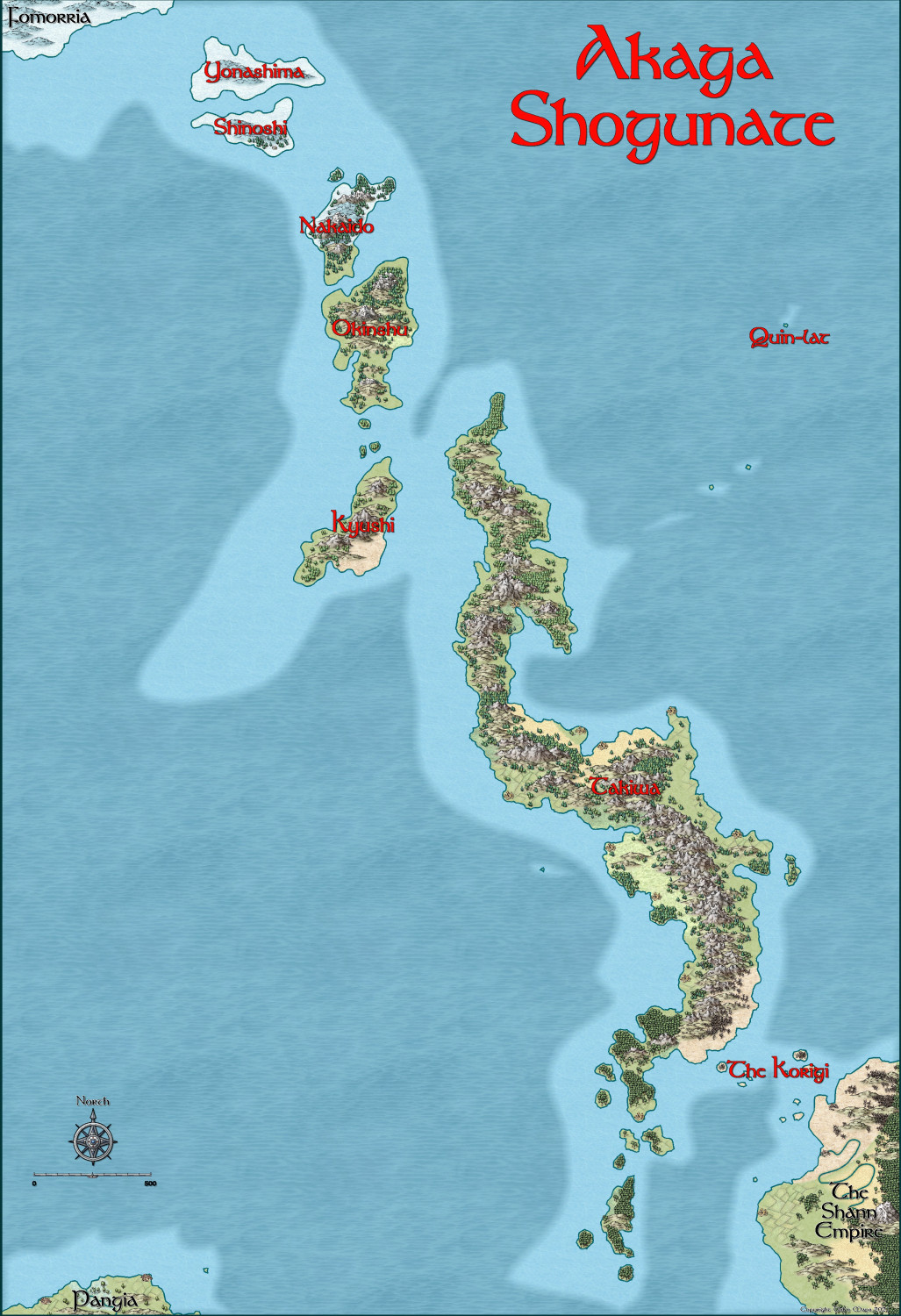