I am going to use this Ancestry Annual to make 2 maps.

The first is the Helmonte Royal Family, as outlined in the text notes (see below). I will change all the silhouette portraits to ones from Character Artist for my final rendition (and for entry into the Atlas.

The second will be the chart showing the evolutionary tree of my world of Myirandios. As it will both use a lot of symbols not in the ProFantasy or free add on lines, and that it is very much unique to my world, it will not be Atlas material.

Here is the information about the Helmonte Royal Family already in the Atlas.

0 SC (“From the Revolution”): Helmonte revolts, throwing off the yoke of the tyrannical kings. Aladousis declares its independence. The remnants of the Mage-Kings flee to Aladousis and take up residence in Wizards’ Tower.

4 SC: Mennidas I becomes First Consul of the chaotic republic, and restores order.

7 SC: Mennidas declares himself Emperor, and prepares to invade Aladousis.

18 SC: Mennidas dies on the eve of the invasion.

34 SC: First invasion of Aladousis by Helmonte under Elexios I, Mennidas’ son. After being wrecked on the rocks, the surviving army makes little headway, and after 6 months, they reach a truce with the Aladousans who let them depart peacefully. Elexios vows revenge.

37 SC: Second invasion of Aladousis – the Wizards of Aladousis are largely instrumental in destroying the invasion fleet even before it landed. The completeness of the rout deters Helmonte from attempting to invade again. Elexios is deposed by his nephew Elexios II, who also abandons the imperial title, styling himself as Great King. 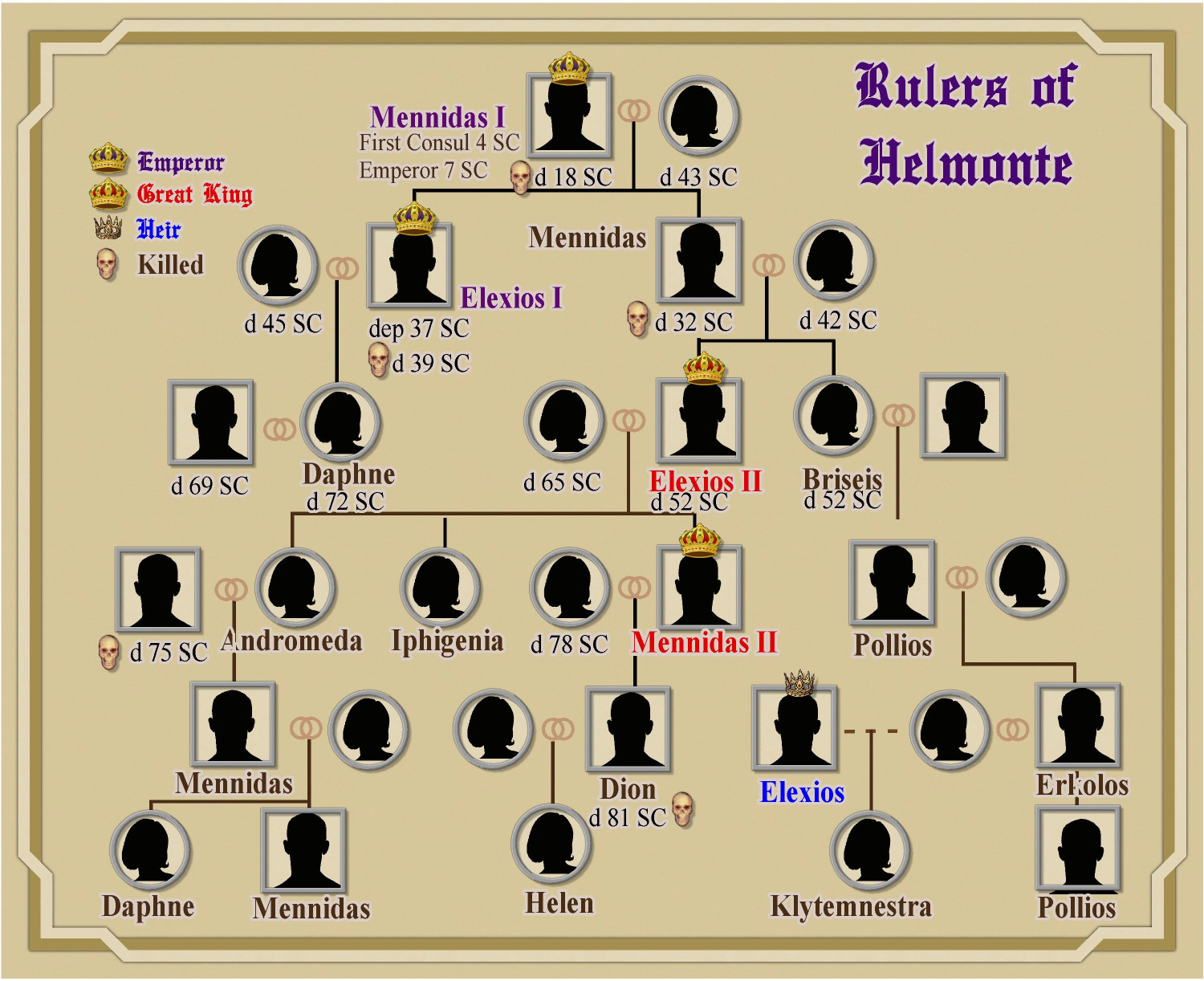