Annual No 1, Issue no 8 - My example of the Spaceship style.

Here I am going to do deck plans (2 levels) for a Skyship developed by those clever folks in Stromphe (Artemisia).

First, here is the actual ship: (not using the Spaceship style) 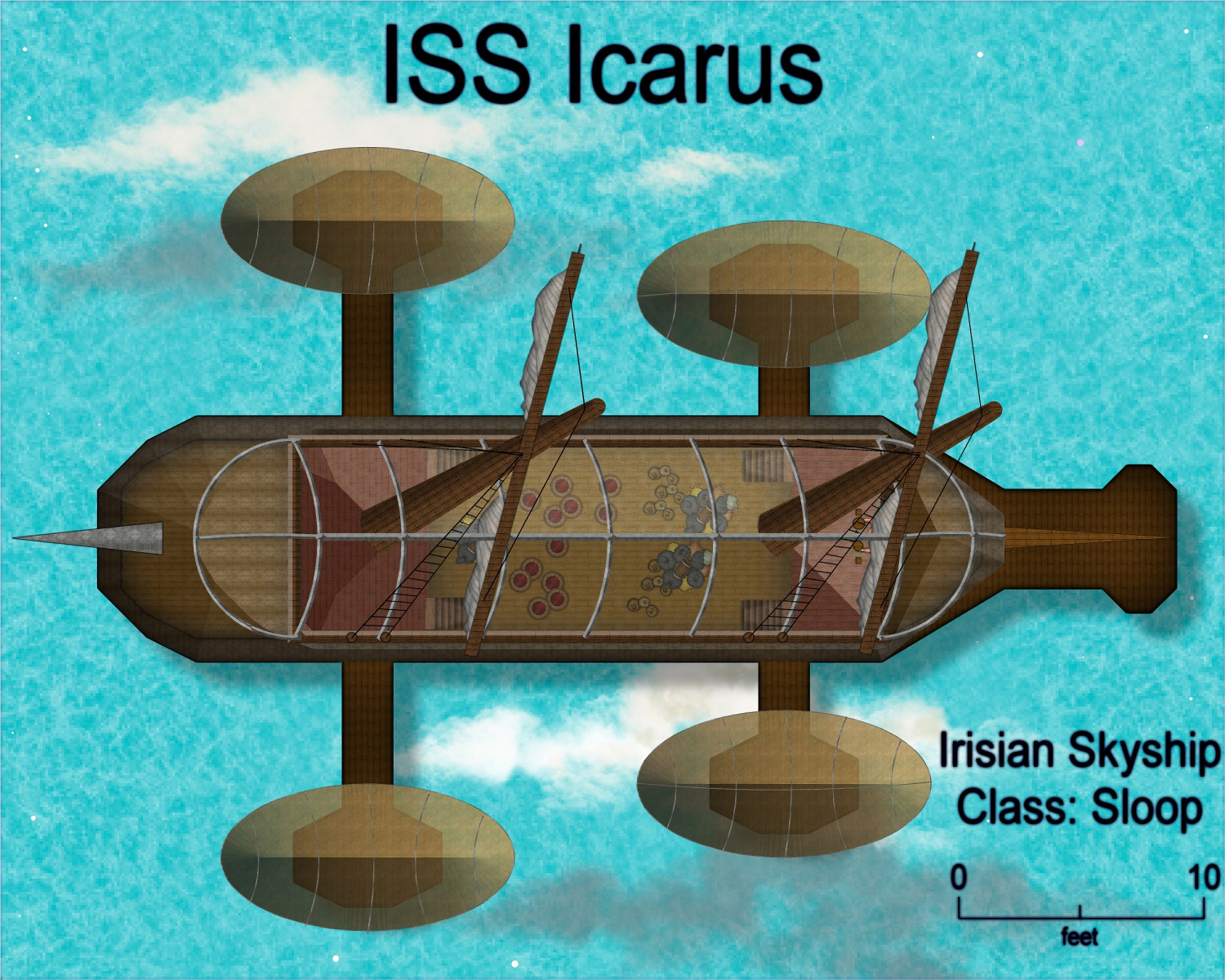