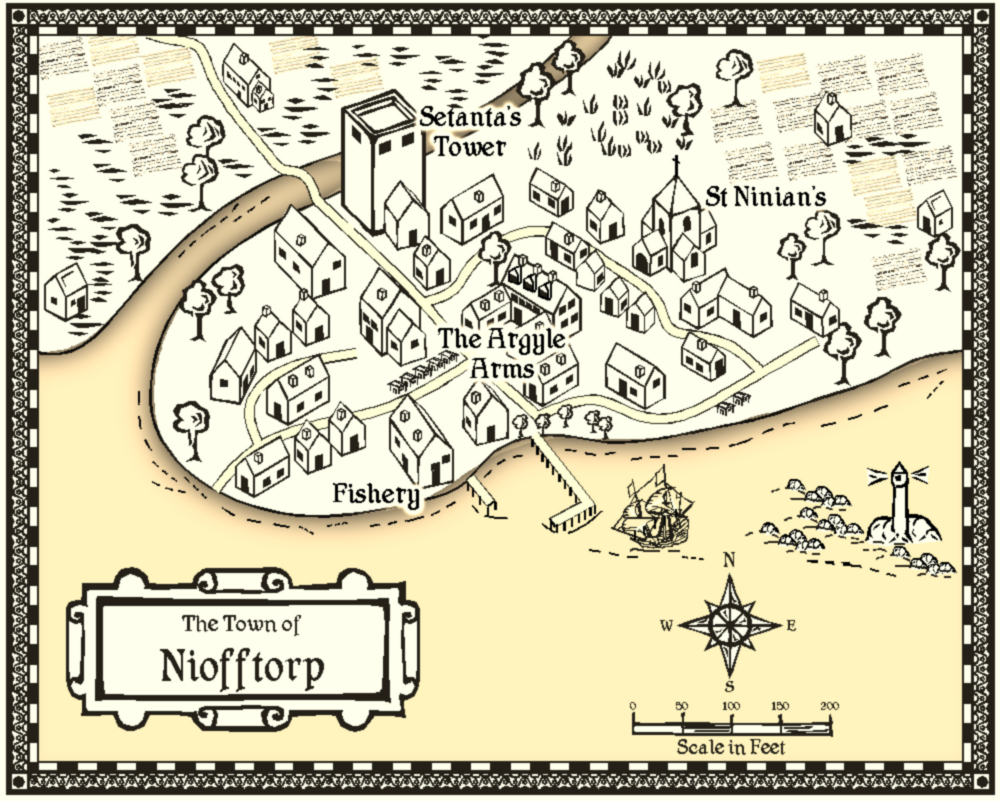 Here is my John Speed version of the town of Niofftorp (anagram of Ffionport, the jump-off port for Iona off the Isle of Mull in the Inner Hebdides of Scotland) on the Island of Llum, off the north coast of Kentoria. It will also be the site of my issue 3 map of the Argyle Arms Inn. 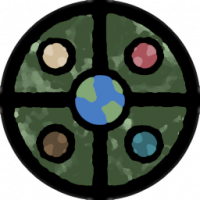 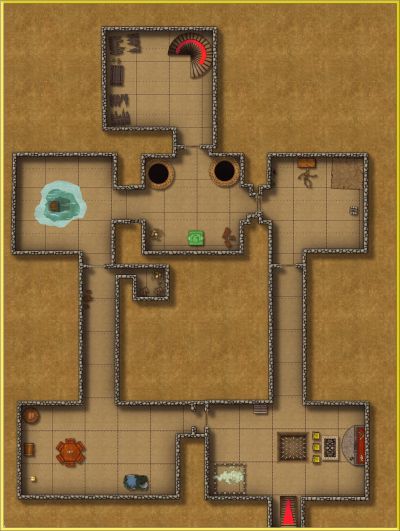