Wyvern 🖼️ 49 images Mapmaker
May 25 in Show and Tell

As promised when I posted about The Cliff map, this is the first of the additional maps to accompany it, covering the Isle of Zariq, the surfaced tip of the huge seamount of the same name in the Frigid or Equine Ocean, some 750 km (470 miles) off the NW Alarius coast of Errynor. 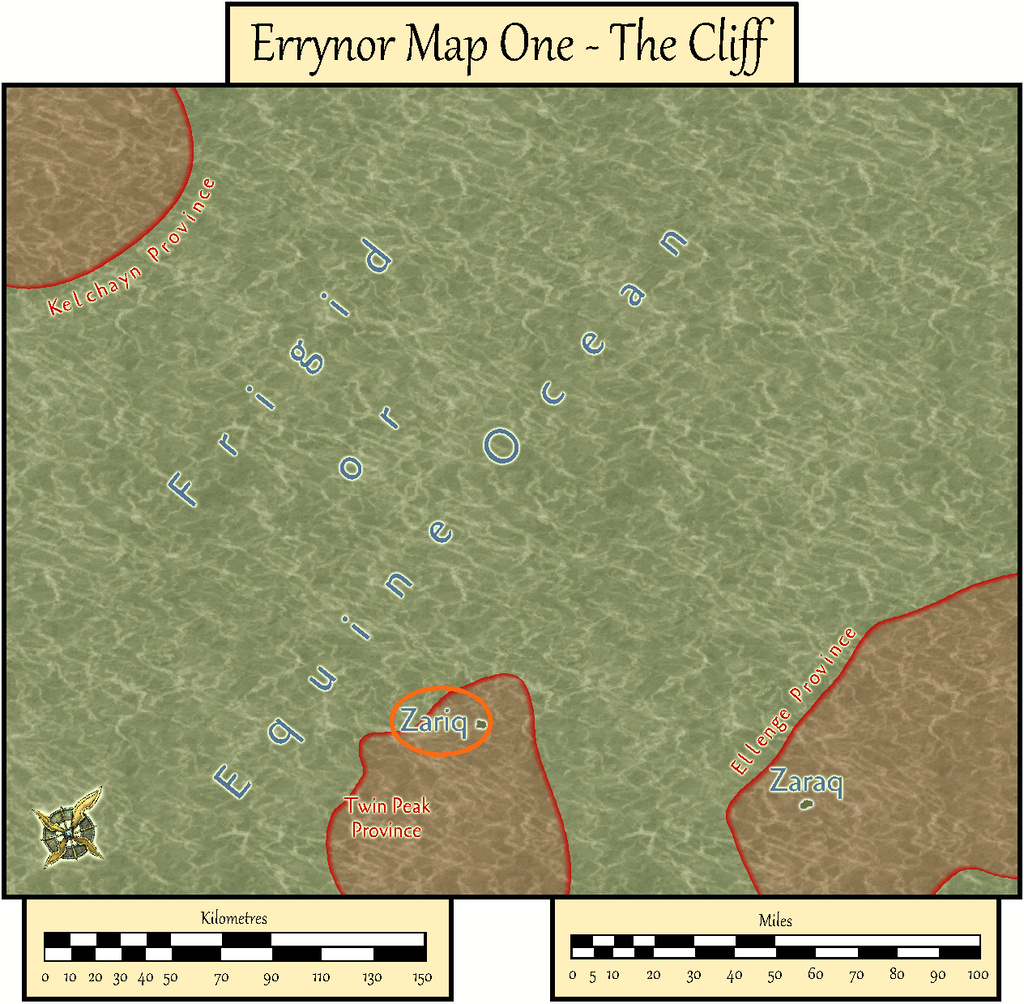 I realise this may come as a shock, compared with many of my previous Atlas contributions, but there's just one version of this island's map! 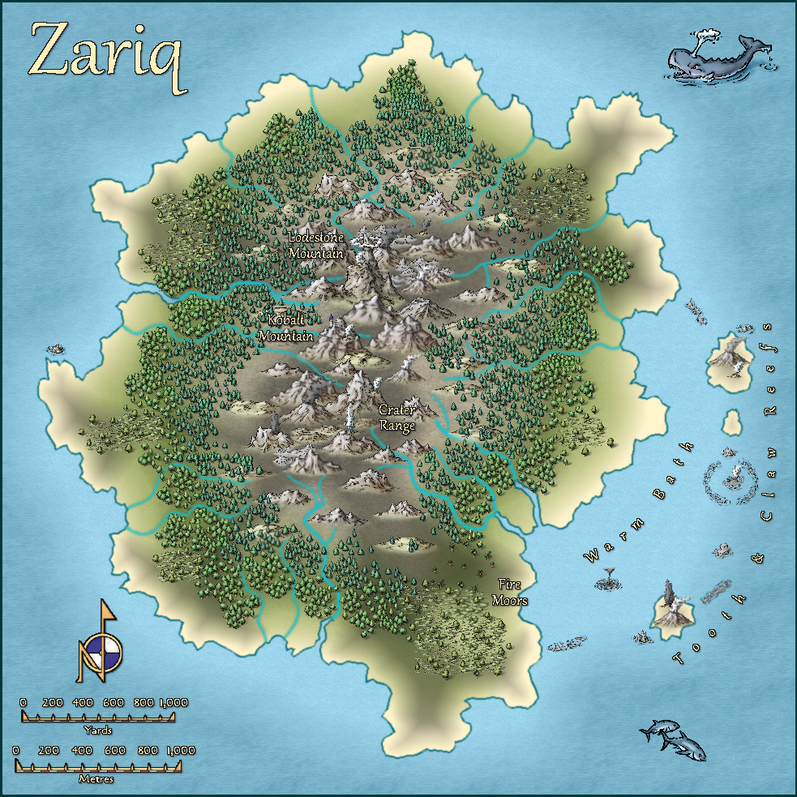 In-keeping with the element of chance employed to a greater or lesser extent in all my previous Atlas items however, the original base map was generated randomly, using the island generator on the Red Blob Games website. The final map has been reworked to some extent to better fit with what was intended here, though not by much.

The terrain symbols and some names are a little misleading (deliberately), as a quick check of the scales will show the entire island is only circa 4½ km (2¾ miles) in its largest dimension. The terrain is craggy and volcanic, as the surface sits on the main seamount's vent (it extends to the eastern offshore Tooth & Claw Reefs, so is partly underwater). The highest peak however, Lodestone Mountain, rises only 100 m (330 ft) above sea level. Smokes, mists and minor eruptions, including of geysers, are common features. The vegetation cover is generally stunted and windblown. Most of it produces plentiful seeds or berry-like fruits, as it was chiefly brought here by seabirds.

Indeed, seabirds are the main obvious living creatures for newcomers to the place, and those mainly during their spring-summer breeding seasons. There are also many kinds of small insects, arachnids and other invertebrates. There are additional creatures less commonly seen here, as outlined in the map's accompanying PDF and text files, of which perhaps the more intriguing is a tribe of small, blue-scaled, reptilian humanoids, the Kobalts (= D&D's Kobolds), who live in a warren of tunnels beneath Kobalt Mountain. For once, and despite the classic RPG random dungeon design joke from the early days of D&D, that "I just rolled for 40 Kobolds in this broom closet", this was in fact a long-standing decision, not a randomly generated one ?