Scaling size of map objects to your maps scale?

I just recently finished a large campaign map I have been working on. I set the dimensions of the map to be 5200x3300, with a grid spacing of 25. The idea being that each square would represent roughly 1 days travel. Upon completing and exporting, I zoomed in and there is no way 1 of those squares could conceivably be only 1 day of travel. I believe it is because all my map objects are too large for the scale, but I dont know what size they should be. Is there a way to scale my trees, mountains, cities and such to the appropriate size for the map scale? Or do I have to just eyeball it?

I took a look at the user manual and I have not been able to find reference to what I am looking for. 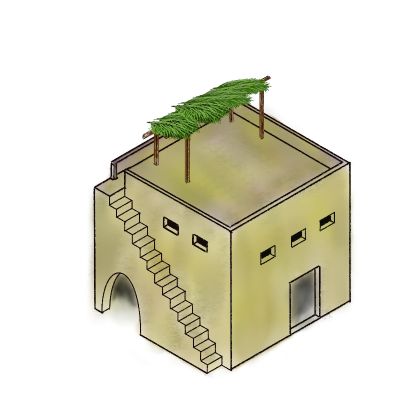