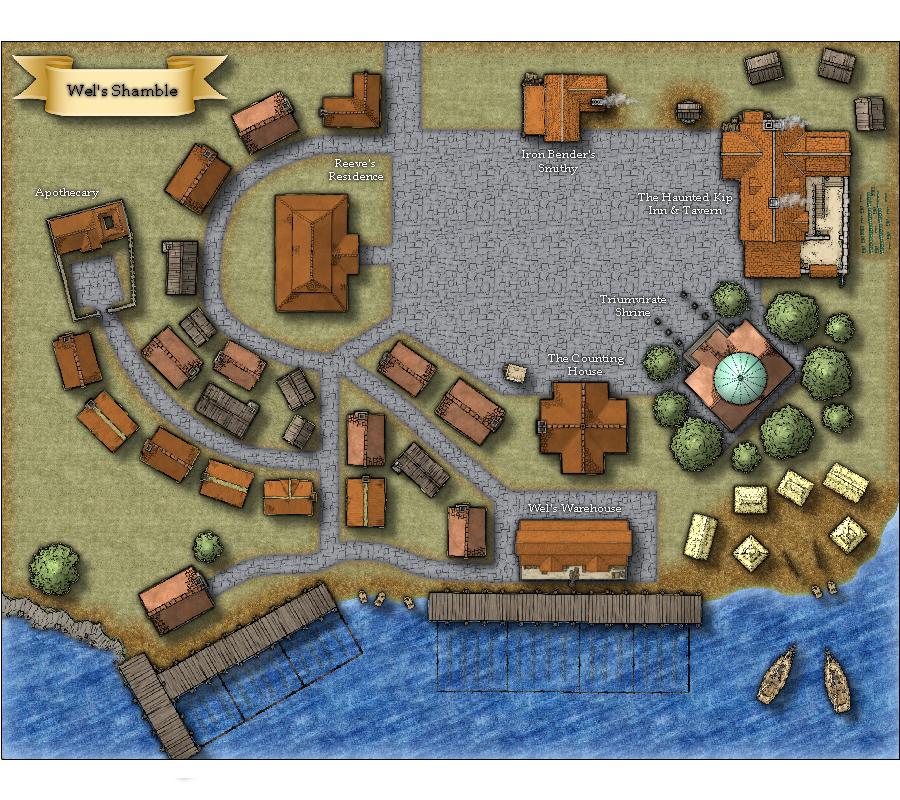 The JPEG didn't render too cleanly but it's getting there, the cobblestones really stand out in places. Anyone have a way to mitigate this sort of effect? Change scale or resolution?

The village started out as a mess, thus Wel's Shamble, but has become a much more organized settlement as control of the surrounding lands was taken up by the dominant religion of the region.

The sunken corrals in front of the docks are trying to convey aquaculture, specifically farming pearls from oysters. Any thoughts on how to approach drawing an aquaculture "farm" differently?