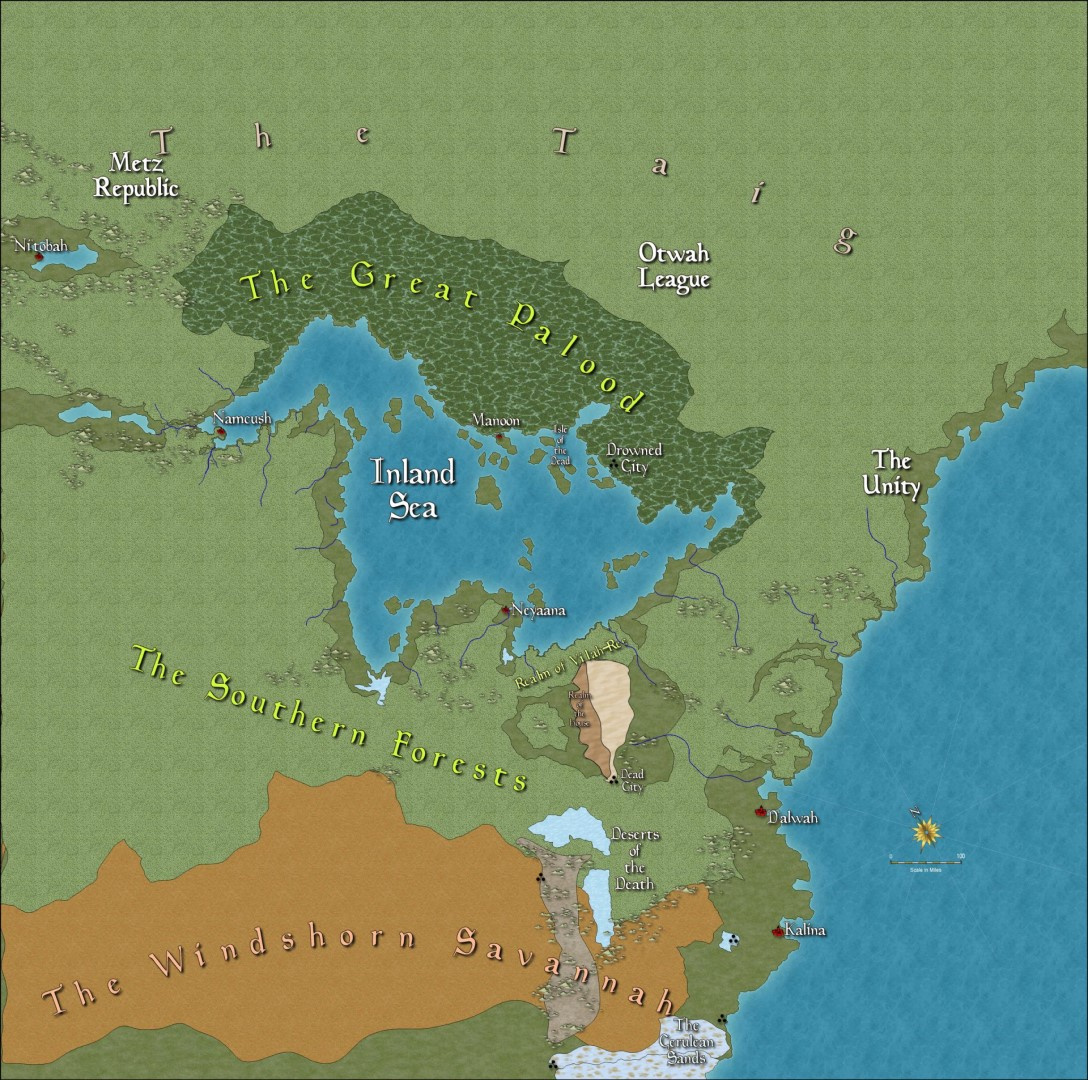 This is my current project. My gaming clan is gearing up for a game set in the theme of Hiero's Journey by Sterling Lanier.

I found a bitmap of the map from the book online, imported that in and then chose to use Spectrum Overland style. Quickly discovered I needed different fill styles, because of the size of the map. It is 1500 miles by 1500 miles. From this, I will make various regional maps with all the details.

Of course, I dislike the rivers and am considering options and layout is not yet final. The GM is ok with the rivers, but I'm not heh.

Anyway, any critique advice is quite welcome.