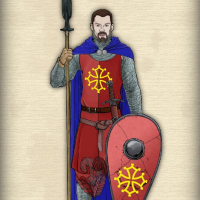 Hello, I'd like to introduce myself by presenting my recent map project.

Currently I'm working on a map for an Ars Magica scenario in the Languedoc region during the Albigensian Crusade. 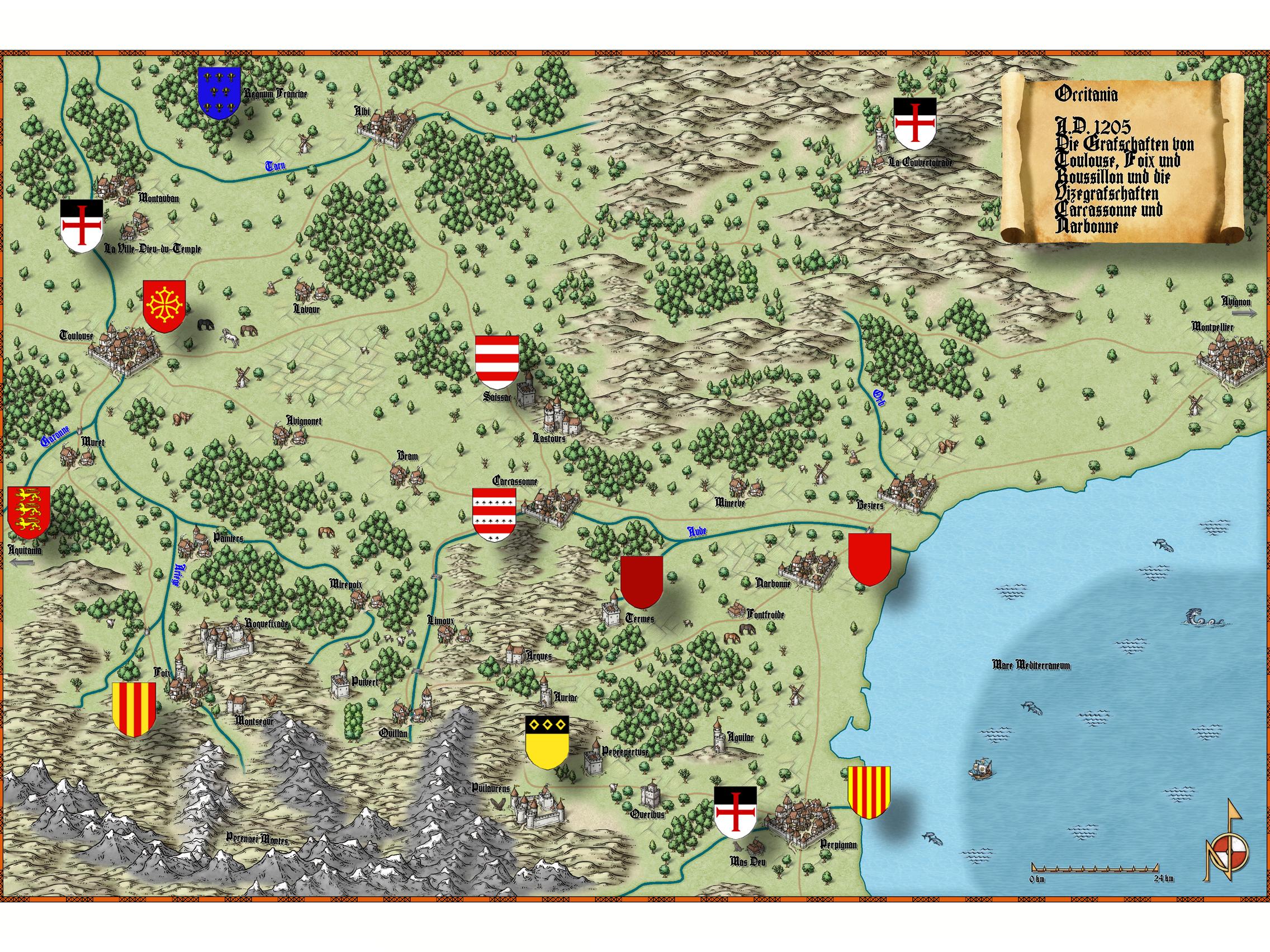 There are two things that are puzzling me:

1. I used the map border from issue No 2, and if I use the snap setting as described in the instructions, part of the map border is drawn outside of the limits of the map, and gets cut off when exporting the graphic. I already tried disabling the snap, but then the tiles don't fit either, as they seem to be designed to overlap the map limits. Can I avoid that overlapping somehow?

2. The text "Regnum Franciae" in the upper left of the map, next to the shield with the fleur-de-lys, seems to be transparent for some reason when I exported the image to jpg originally. It is part of the same text layer as the other text elements in the map, and no transparency effect was added. It does not seem to happen with this smaller version of the map, so I inserted a detail of the original image. 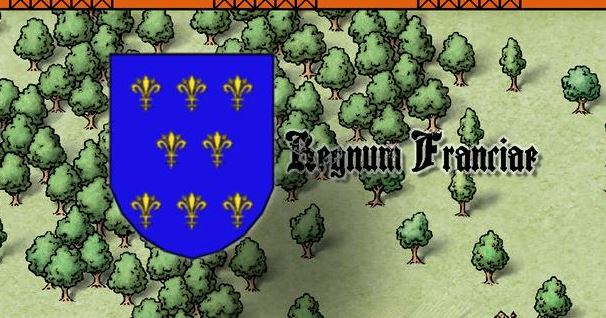 Any ideas for the problems mentioned above or other suggestions?