[WIP] Mapping for "Freeblades of the Infinite Skysea"

Herein I will document my attempts to map the lands of a world called Skysea. This world is the setting for a TTRPG using the Genesys system by FFG.

Skysea is an endless plane of cloudy skies, populated sparsely by islands of floating land. These islands each have their own climate and biome, and the near skies around them have localized weather patterns, while the open skies have their own major patterns of wind and weather.

The setting of Skysea is a combination of elements from heroic fantasy and the Age of Exploration/Age of Sail. It is largely fantasy-tech, but with sci-fi additions like lightning collectors (used to generate power) and laser guns. There is magic, but it's practice is not common.

Think Flash Gordon, Indiana Jones, Heavy Metal (the movie), Blackstar (the cartoon), and Masters of the Universe (the cartoon, not the movie!).

I'm going to start by making a world using Fractal Terrains 3, and will be using Sue's "One Day Worldbuilder" process. I set FT3's World Settings to what I would consider pretty non-standard settings, but the idea is to generate a world full of islands, big and small, which I can then export individual islands into CC3+ for detailed mapping. Attached is the settings used, and the initial world generated (I iterated through a few until I saw a pattern I liked). 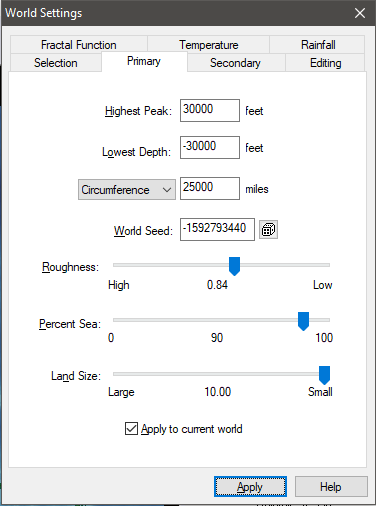 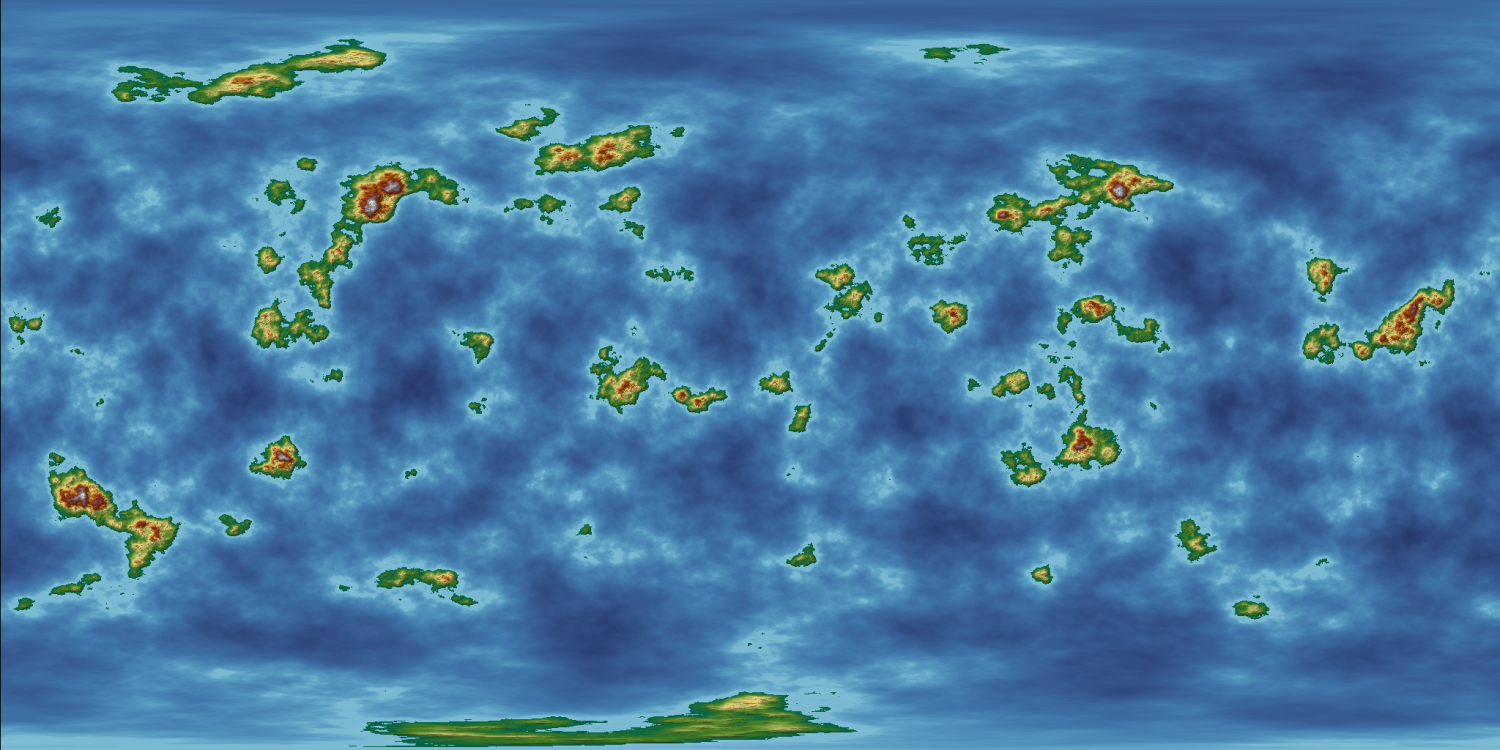 Next step: To edit the world in FT3, snipping out stuff I don't like, and fluffing up some that need a little extra help.