Just to show a map I am working on for a future Shadowrun game with my friends.

I will work more on the floors, the main open space is still empty, and it lacks a lot of security stuff. Some symbols are not scaled correctly yet. I also would like to make a "night" version of the map with minimum point lightning (I have to learn how to do that...)

I use mainly the Modern add-on and Cosmographer DeckPlan symbols.

The pitch of the map :

"When employees of "ORION, the Medical Big Data company" learned that they were acquired by EVO, they were quite happy, especially those with stock options. When they learned that they were to move into a high-security building of the AAA Corp to protect the precious medical data of their customers, they began to worry. When they discover the 250m tall full concrete building with 2 meter thick walls, not a single window, and heavy-armored guards with machine guns, a quarter of them tried to resigne. Tried. But you don't resign from EVO."

The intent is to use only a quarter of the the 34th floor of the high security building to install the successful startup. They have a datacenter, big cooling units, and offices.

All comments are welcome ! 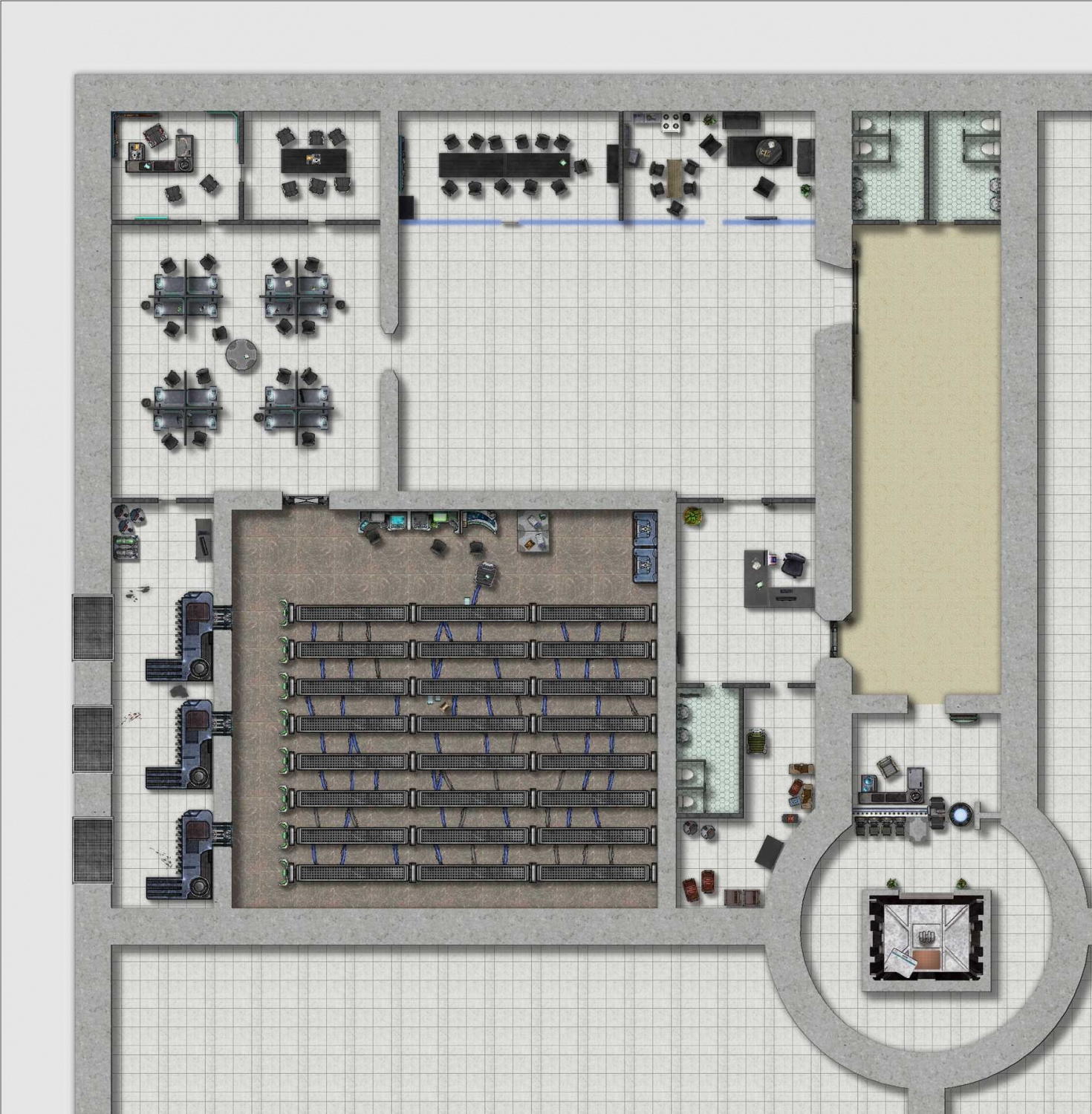