Submersible Shenanigans (without the actual submersible!) 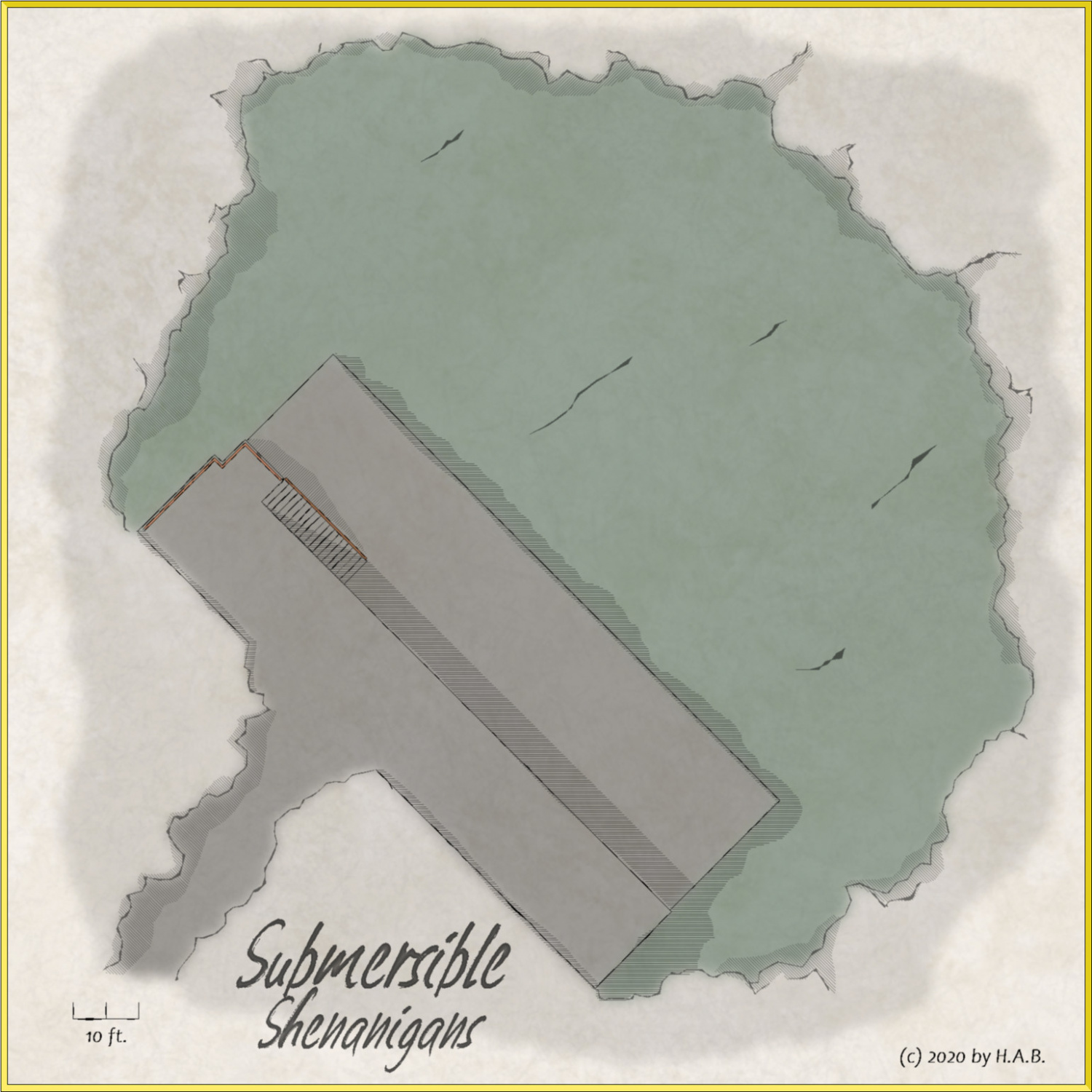 All but too late did I realise I had neglected to accentuate the rock tunnel. Compensated by also omitting a moored submarine. And railings. And crates. And other loading equipment.