Spectrum during the time of Election

Sometimes, I just have to escape this world and go to a new one, so I created this map with some of this years annuals.

I don't seem to know the phrases:

If I am feeling ambitious later, I may try to name the villages, towns, and cities as well as the major natural locations. 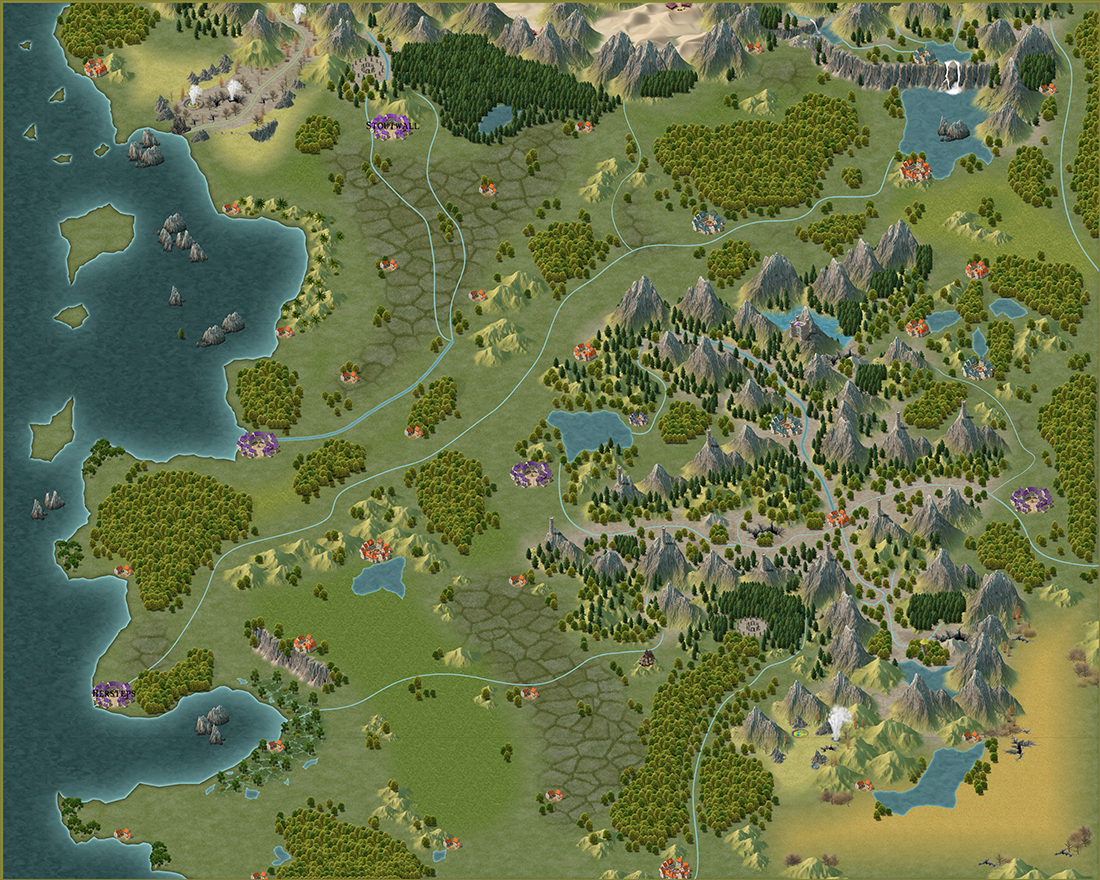