This is area 2 on the challenge map.

When I commented earlier on the challenge thread I mentioned doing a dungeon scale map, but now I've really looked at my area I think I've changed my mind about that and now want to do a city map.

I've drawn 2 rectangles in white on the main reference map here. The smaller one shows the 6 houses that are wholly contained in the little oval on the challenge reference map. That doesn't really seem very many to me compared to the areas I've seen others are doing, so unless anyone objects with good reason I would like to do the 3 blocks contained in the larger rectangle and outlined in red below. That way I can do complete gardens, rather than just bits of them here and there. 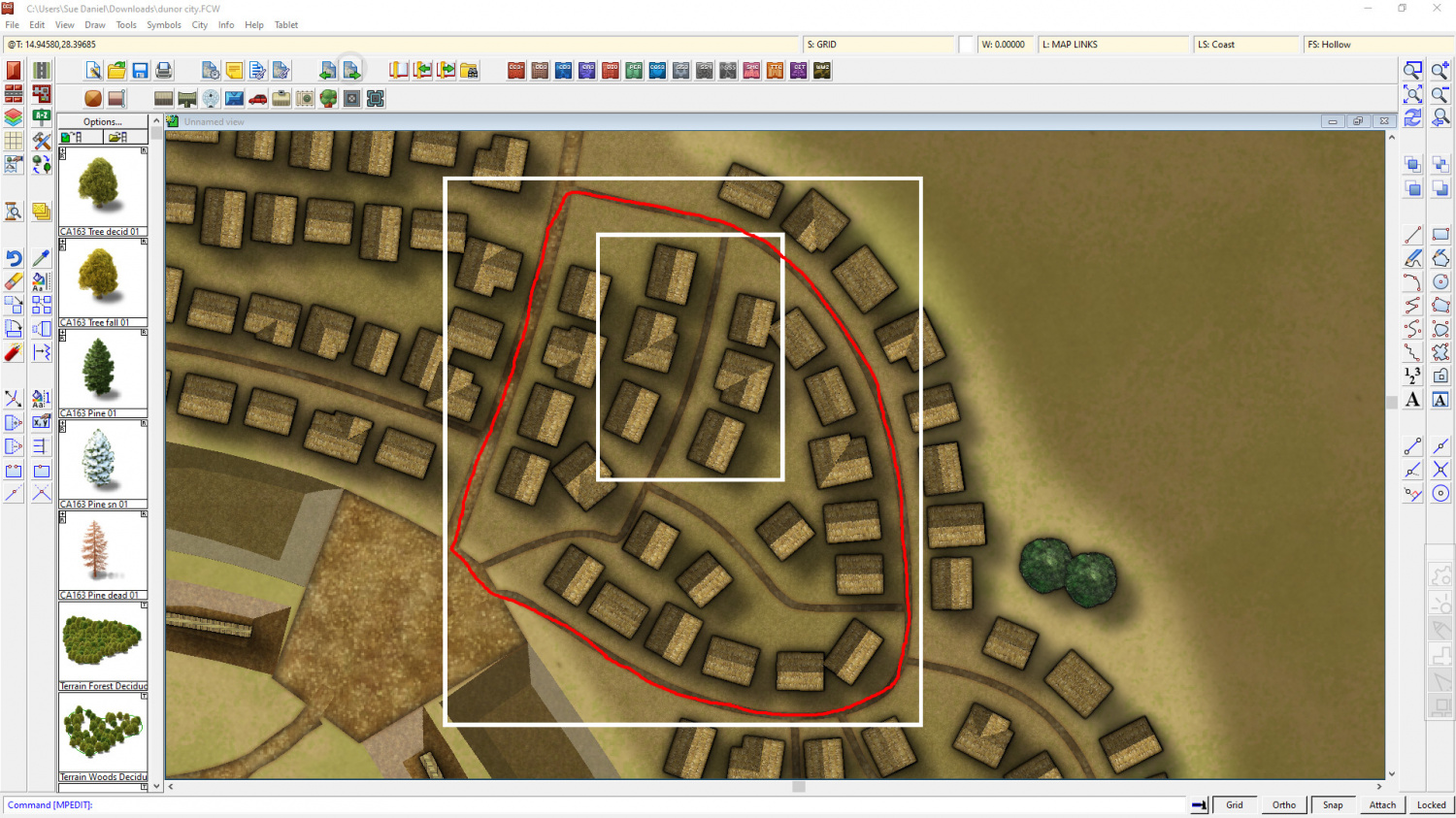 So, are you all fine with that?