Here is a WIP shot of the first map of my latest commission. The final map is to be 1/2 letter 300ppi PNG. It is a seaside plateau bounded by jungle and cliffs with a river and waterfall. A virtually, bottomless shaft descends to the depths. The remains of previous habitation lie in ruins.

The shaft gives access to subterranean levels via a steep, winding stair carved into the rock. The stair is accessed via the open mouth of an obsidian reptile like creature...

The design brief is old-school White Dwarf. For those of you who don't know, White Dwarf started as a general RPG magazine but now focus' pretty much solely on the Games Workshop range of products (mostly miniatures but I think it also may print some Warhammer Fantasy Role Play stuff as well). So, that being said the style is old-school B&W.

I'm using the Annual OSR style with symbols from various overland B&W styles as well as the Par Lindstrom B&W dungeon style. The jungle, river and waterfall are just place holder polygons at the moment.

Comments and critiques are welcome. 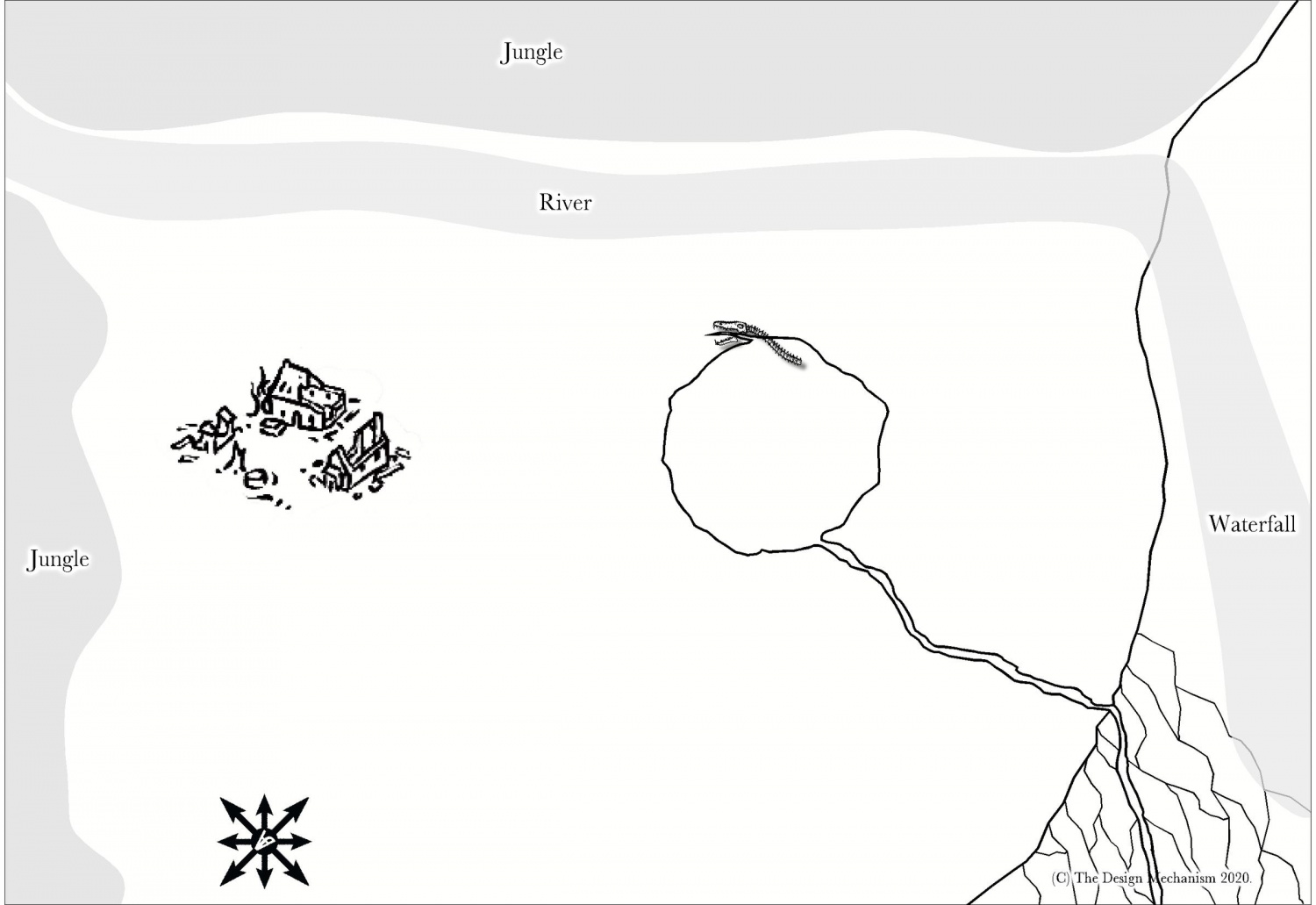