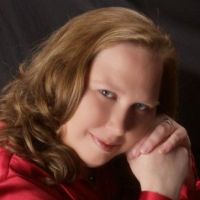 I know, it's been a while. I haven't been doing much mapping lately, mainly because I'm trying to get an online pattern business off the ground and running, so it's taken all of my time, lately. Plus I'm now into the Holiday Crafting season, which means I have NO spare time for anything else.

Except that I'm still gaming through out all of this (gotta take breaks sometime!), and in the 2nd edition D&D game my husband is running, we (the players) are about to liberate a kingdom that was conquered almost a decade ago. It's the kingdom of Narvania, and the true heir to the throne is one of our players, who was taken safely out of the kingdom when it was invaded during his childhood.

So I attempted to make the region and the city... the region turned out just fine, the city... well, it works, but I will admit, I don't like it as much as I like Tonnichiwa's map that inspired this one. I will let you all be the judge.
Narvania City3.JPG 761K
Share on FacebookShare on Twitter