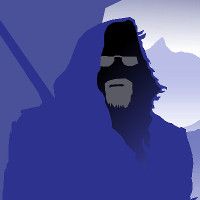 Hope you're all well. You've been producing some superb maps, and I've been lurking around watching what's going on - as usual.

First and foremost, I'm a DM. I make a map, and I tell a story. The last map I posted was my Angaara map. I ran the campaign for my players for a year, then I started a wild west campaign and have been running that for 7 months. Now I’m working on my mythological Greek campaign (called "Legend") in anticipation of completing the wild west campaign.

If a story takes a year or more to tell, I don't make any other maps. Once I do make a new map, I post it here.

Normally I work at the UKGE as a DM, but this year I went as a guest, along with a whole bunch of my friends, to celebrate my 50th Birthday. We had an amazing time together, but the pinnacle of my experience was climbing the Mount Olympus of the trade hall to meet Zeus - Ralf himself!

It was wonderful to meet an idol of mine. I've followed, and hungered for, Campaign Cartographer since my teens. I love making my maps with the software, and to meet Ralf was a dream. I have so much respect and admiration for Ralf, I probably came across as somewhat excitedly nervous and weird. You're lucky I didn't pester you for your autograph, Ralf! And I hope I held myself together when we met.

Anyway, I was incredibly excited to share some of my maps with Ralf while I was at his stall, and very much enjoyed talking to Ralf’s friend, Andy. It was an absolute pleasure to meet both of them. Ralf asked me to post a couple of my maps when I got back - so that's what I'm here to do. He did say that he was going on holiday following the Expo, so that's why I've left my post for a couple more weeks. So, I really hope you had a fantastic holiday, Ralf, and I'd like to share with you all what I've been doing over the past 1 1/2 years or so...

The first map that Ralf asked me to post is the full campaign map for my alternative-history Wild West campaign. It's a very large map in reality, so I’ve posted some smaller crops so you can see better. I’ve lost some of the detail, but hope you enjoy nevertheless.