CharlesWayneRobinson Traveler
September 2015 in Show and Tell
I went back through the regional maps that I have made and named a lot of locations and such.

This post details the homeland of the people known as the Vagoth.

This small kingdom represents the norm for Vagothians.

It is the kingdom of Vagoth that these explorers, settlers, and raiders have taken their name from.

For these are the lands that they first saw upon their arrival during the 3rd Shedim War almost 1,200 years ago.

Two great nobles have sworn allegiance to him; Jarl Nordbjorn and Jarl Vakauder, along with many lesser nobles and freeborn.

In total, this small kingdom has a population of 2,987 souls (Per the King's records) and a Fylking of 995 warriors. (Note: A Fylking is a Battle-Host) 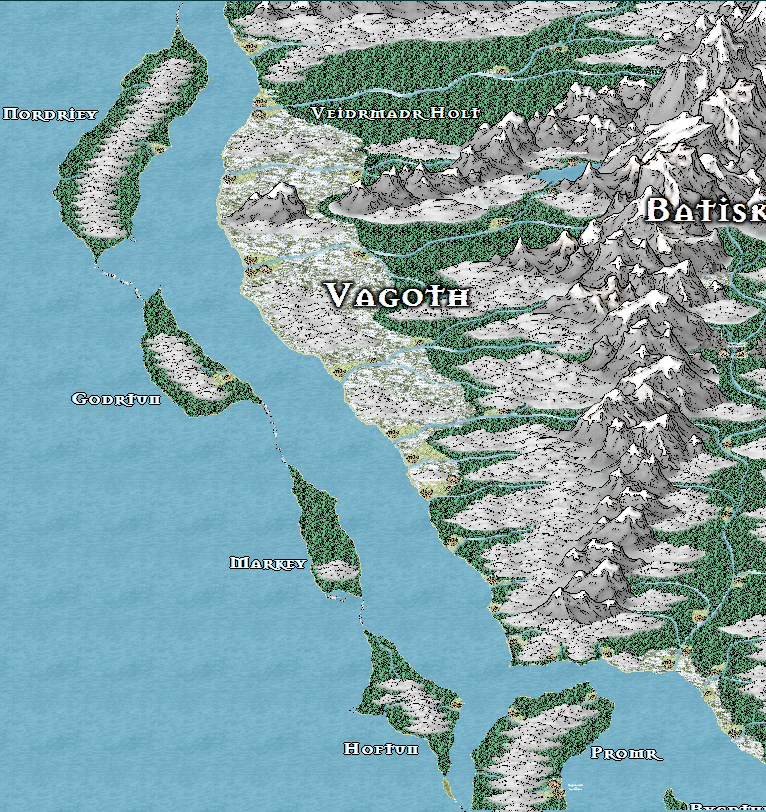