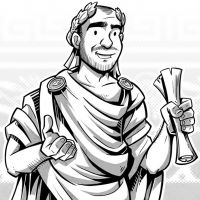 Mateus090985 Traveler
May 2015 in Show and Tell
Here is the final version of the map (I forgot to post it in the Show and Tell).

It was done using CC3+, my personal colection of symbols and textures, and a litle bit of GIMP for the metal parts and the compass.

It is for my setting "Despertar dos Antigos" (Aweakenig of the Ancients) a modern Monster Hunters (GURPS 4th) game inspired by the Blade films, Buffy and Supernatural.

The backgorund that the players have is this one:

"ORANGE HOUSE: It is a complex located 13km from the center of the municipality of Joana José, in the direction of the Chapada do Araripe. It is actualy a disused military base and not a simple house as the popular name makes believe. Worked officially as a center of training of the Cerrado Operations from the Brazilian Army since 1953, the year of its opening until 1985, the year of his retirement. However, there is strong evidence (all muffled by local authorities) that it functioned as a "torture basement" of DOPS, commanded by the, then military, Colonel Manoel Mendonca Fontana. In 2013, an attempt by IPHAN to transform the Orange House in a humanity patrimony, in order to preserve a possible archaeological site 15-20 thousand years old in the complex, was shelved by Raimundo Mendonça Fontana, a Judge responsible for the Federal Court of the 1st Region. There are evidence that the human bones that IPHAN wanted to preserve were already known by the command of the Orange House since the 1970s."
DESPERTAR DOS ANTIGOS - Local - Casa Laranja 0.6 1000 x 800.jpg 491.5K
Share on FacebookShare on Twitter 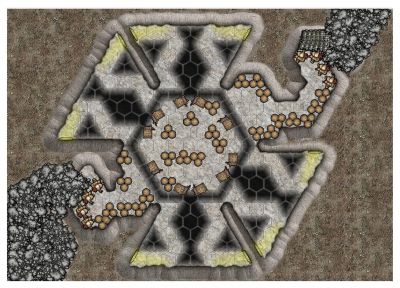