Medio Surveyor
July 2010 in Show and Tell
Greetings all. This is the new map i´m preparing, my first overland world map with CC3, representing my campaign world, Erdan. For it, i chose the base of the Fantasy Worlds which appeared on an Annual, but decided to change some features. It´s a big map, 3000x2400, so i had to reduce it for being able to show it here. Also, up to now i didn´t use any kind of PS effect.

The map is yet uncomplete, lacking political borders, adornations, names and probably more than one change on some items that i´m not yet satisfied (like the tundra, the artic forest, maybe the jungle at the continent of the south, and the general look of forests. and also some forests which form has to be changed after i put rivers on them; also, the coastline could be a bit more renderized, the problem was that i was copying it from the original Erdan map). As i was tormenting the staff here with my unending questions, i guess it´s fair at least to show it wasn´t all wasted

I promise to put the finished map once it´s done. Any kind of suggestion/constructive (or destructive) critic is welcomed. 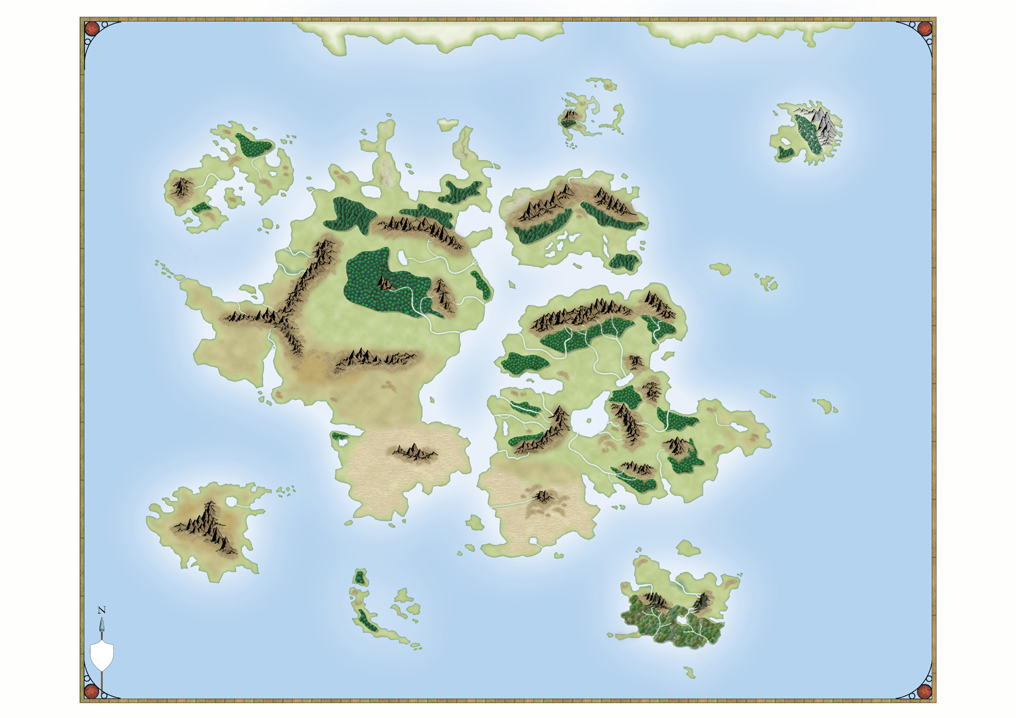